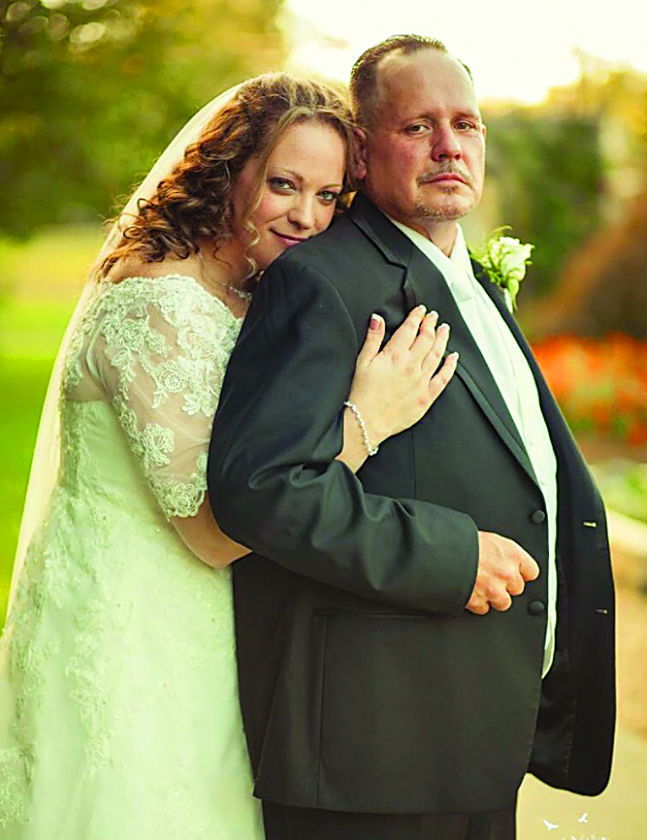 Erica R. Moyer and Frank A. VonColln were united in marriage at 4 p.m. Oct. 7 at Archway Ministries Church, Altoona.

The bride is the daughter of Pam Boring Moyer of Greenwood and Mark D. Moyer of Altoona.

The bridegroom is the son of Kathleen VonColln of Altoona, formerly of Philadelphia, and the late Frank R. VonColln.

Alicia Hoffman was maid of honor.

Kurt VonColln, brother of the groom, was best man.

Matthew Moyer, brother of the bride, served as usher.

The reception was held in The Tropical Courtyard at the Altoona Grand Hotel.

The rehearsal dinner was held at Jethro’s, Altoona.

The couple went on a honeymoon trip to Punta Cana, Dominican Republic.

Mrs. VonColln is a 2003 graduate of Altoona Area High School and is employed full-time in the Altoona area.

Mr. VonColln is a 1990 graduate of Olney High School in Philadelphia and is self-employed in the Altoona area.