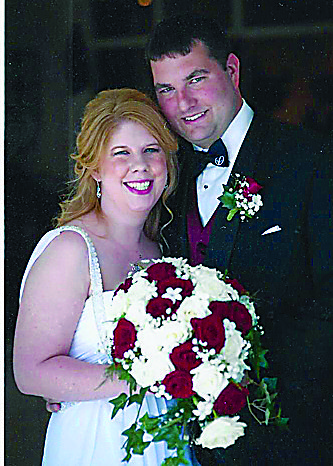 The bride is the daughter of Robert and Doreen Biffart of East Berlin.

The bridegroom is the son of Dr. Joseph and Dianne Kaczor of Hollidaysburg.

Hannah Keller, cousin of the bride, was maid of honor.

Bridesmaids were Nicole Kaczor and Lauren Kaczor, sisters of the groom.

Callie Yost, niece of the bride, was junior bridesmaid.

Cordelia Yost and Alana Hungerford, nieces of the bride, were flower girls.

Stephen Kaczor, brother of the groom, served as best man.

The reception was held at Wilson’s Bittersweet Barn, New Oxford.

The rehearsal dinner was held at the Dobbins House, Gettysburg.

The couple took a wedding trip to the Shenandoah Valley, Luray, Va.

Mrs. Kaczor is a 2005 graduate of Christ Community School, Camp Hill, and a 2008 graduate of York College with an associate degree in business management.

She is an administrative assistant at River Rock Academy, Shiremanstown.

He is employed by the Commonwealth of Pennsylvania.