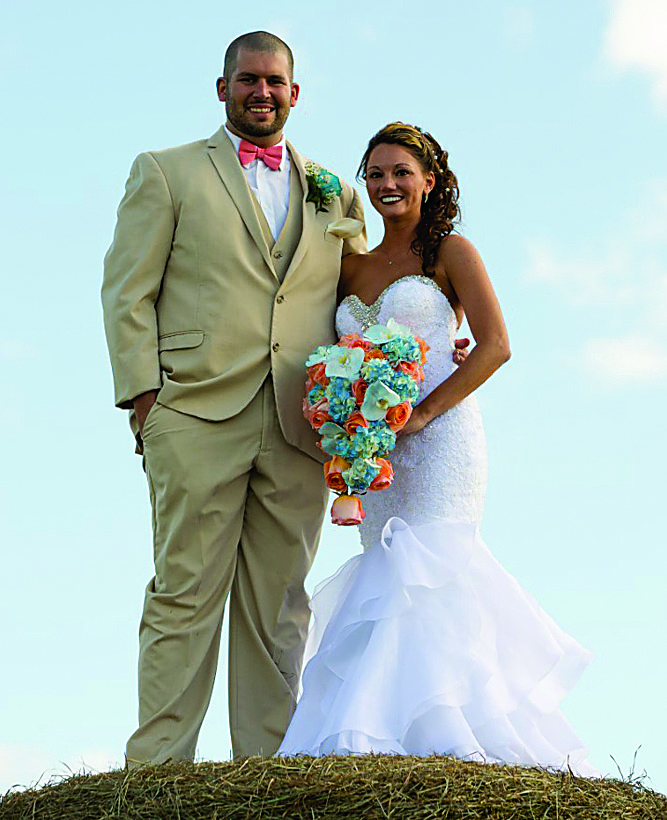 Brittney Smith and Justin London were united in marriage at 4 p.m. Sept. 9 at Londonale Farm, Punxsutawney.

The bride is the daughter of Linda (Boston) Smith and Dave Smith of Hollidaysburg.

The bridegroom is the son of James and Jody London of Punxsutawney.

Melanie Demko was maid of honor.

Abigail and Olivia Boston, cousins of the bride, were flower girls.

Jordan London, brother of the groom, served as best man.

The reception was held at the Londonale Farm.

The rehearsal dinner was held at Gimmicks, Punxsutawney.

The couple took a wedding trip to Cancun, Mexico.

Mrs. London is a 2009 graduate of Altoona Area High School.

She is employed at PNC Bank, Indiana, Pa.

Mr. London is a 2007 graduate of Punxsutawney Area High School.