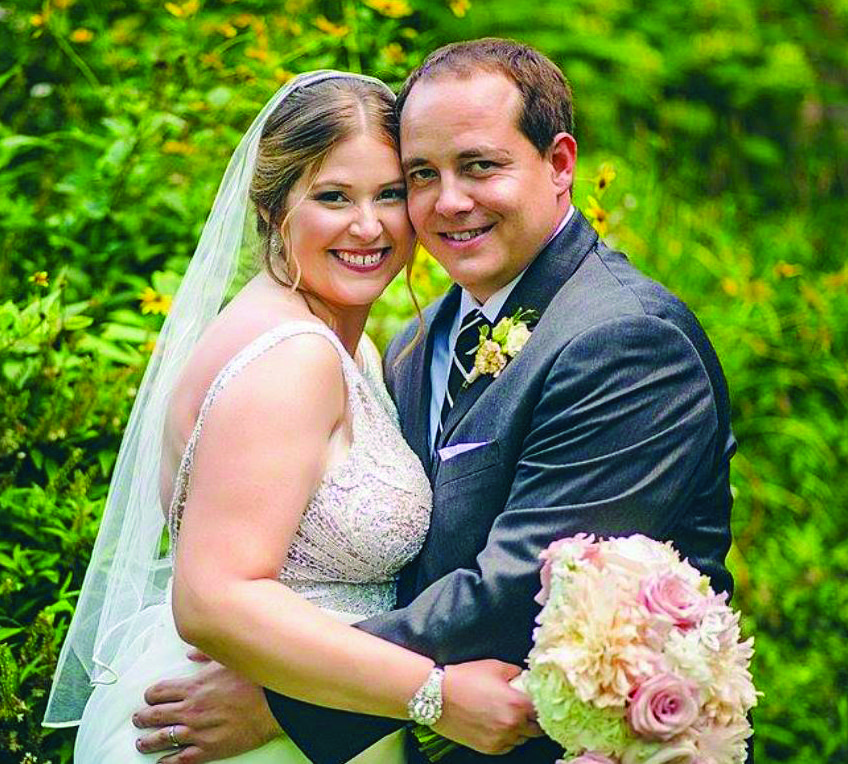 The bridegroom is the son of Sally (Richards) Fredrick of Altoona and the late Harry Johnston.

Nathan Zoob from the Bachelor Boys Band of Pittsburgh played the acoustic guitar for the ceremony.

Kimberly Laing was the matron of honor.

Mackena Robinson was the flower girl.

The reception was held at General Potter Farm.

The couple took a wedding trip to England, Scotland and Ireland.

They live in Hollidaysburg.

She is marketing director for HRTMS Inc., Raleigh, N.C.

Mr. Johnston is a 2000 graduate of Hollidaysburg Area Senior High School and a 2011 graduate of Texas State Technical College with an associate degree in wind energy and technology. He served with the U.S. Navy from 2000 to 2005.

He is resource manager for General Electric, Confluence.