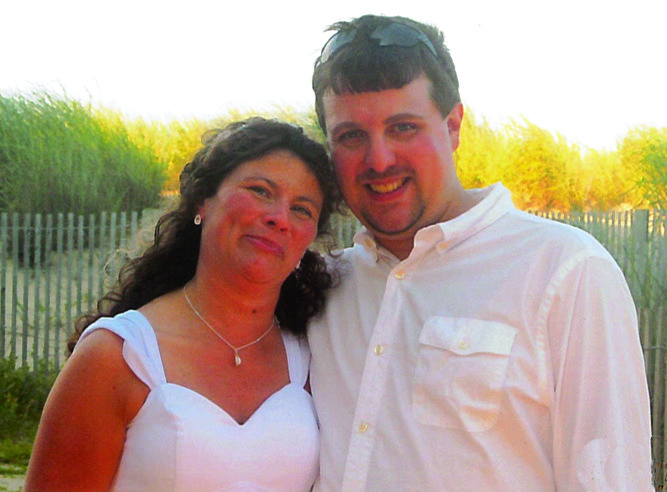 Betty Loucks and Josh Thompson were united in marriage July 14 on the beach in Ocean City, Md.

The bride is the daughter of Mary Jo Loucks of Altoona.

The bridegroom is the son of Sondra Thompson of Altoona and the late Maurice “Morrie” Thompson.

The reception was held at the Bavarian Aid Society, Altoona.

Mrs. Thompson is a 1995 graduate of Altoona Area High School and a 2010 graduate of YTI Career Institute, Altoona, with a degree in criminal justice.

Mr. Thompson is a 2005 graduate of Altoona Area High School, and he is pursuing a degree in heating, ventilation and air conditioning at the Altoona Career & Technology Center.

Both are employed in the environmental services department in the Altoona Area School District.