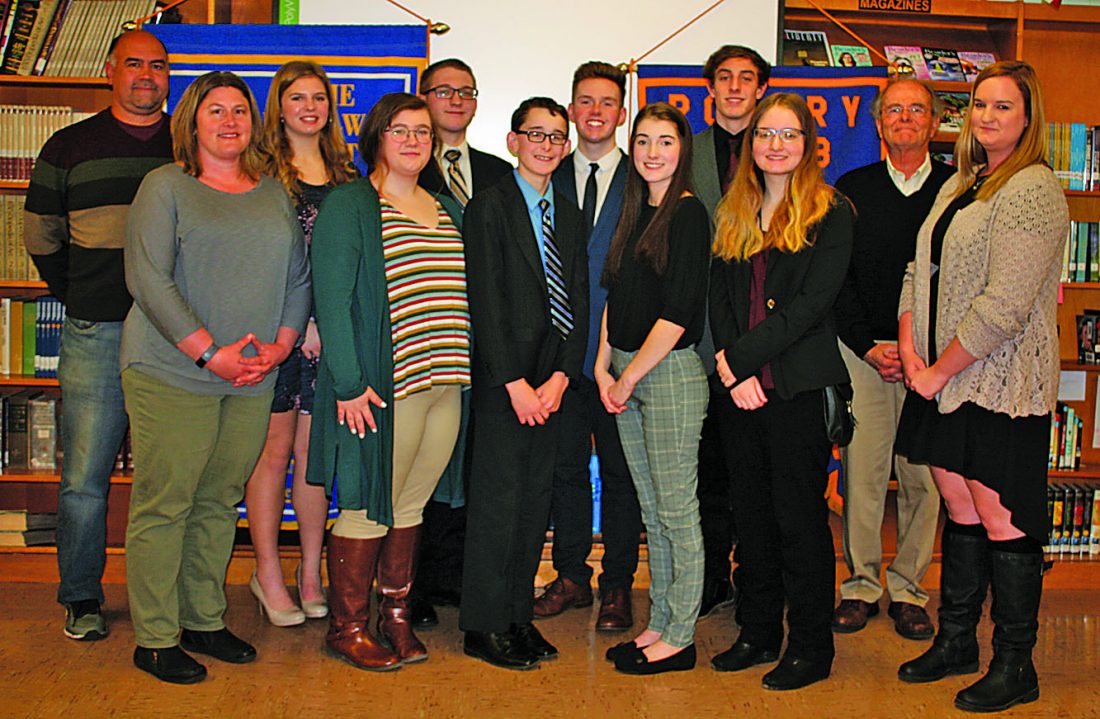 The purpose of the annual Four-Way Test Speech Contest is to foster the principles of ethics in everyday life, as well as in business and introduces high school students to Rotary.

Each student was asked to write and present five- to seven-minute speech.

They selected the topic of their speech, but had to incorporate Rotary’s Four-Way Test: “Of the things we think, say or do: Is it the truth? Is it fair to all concerned? Will it build goodwill and better friendships? Will it be beneficial to all concerned?”

Matthew Hall, a 10th-grade student at Northern Bedford County High School, was awarded first place and a check for $500.

Clint Curfman, a senior at Central High School, was awarded first runner-up and a check for $300.

Lacey Fleck, a senior at Northern Bedford County High School, was awarded second runner up and a check for $200.

Chrissy Dively, president of the Morrisons Cove Rotary Club, congratulated all the contestants for presentations. “We are proud of all of the students who participated in the Four-Way Speech Contest,” Dively said. “The poise and substance of the speeches were impressive.” She encouraged the students to continue with their public speaking, sharing that it will serve them well in whatever career path they choose.

Meetings have been changed due to the coronavirus.

For more information about the Four-Way Test Speech Contest or the Morrisons Cove Rotary Club, visit www.mcrotary.com or email info@mcrotary.com.