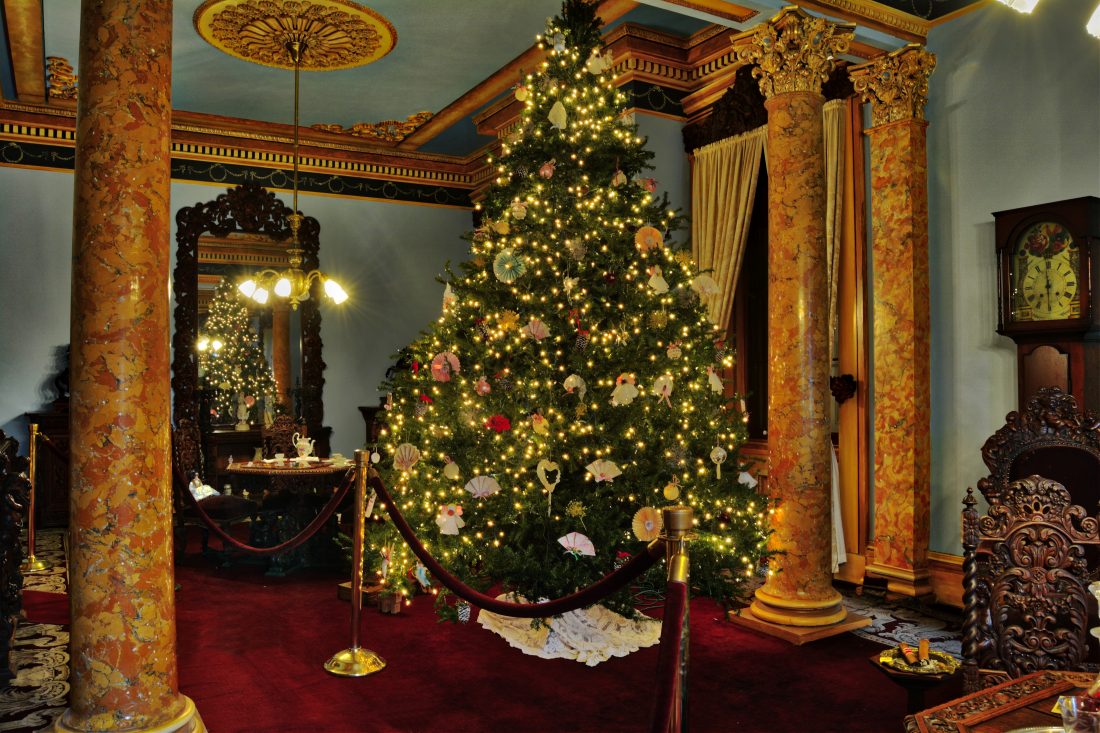 Santa and Mrs. Claus will visit Baker Mansion four times during the holiday season, beginning on Thanksgiving weekend Nov. 30, and from 5 to 7 p.m. on each of the first three Saturdays in December: 7, 14, and 21. The $10 admission allows you to bring a camera to memorialize your visit with Mr. and Mrs. Claus.

Included in the admission fee is a self-guided tour of Baker Mansion decorated in the holiday spirit of the 19th century. Christmas trees will be decorated by the women of the Blair County Garden Club and cookies served by the Women’s Club of Altoona.

Continuing its historic renovation of the Mansion, the library/office of Elias and Sylvester Baker will be on view for the first time since its recent restoration by local artist Michael Allison. This room will be the most recent of many rooms restored by Allison and is based on early correspondence of Elias Baker.

The Blair County Historical Society will also have on exhibit the final four weeks of its major 2019 exhibit featuring the 80th anniversary of the beginning of World War II. This display showcases Blair County Armed Forces personnel who served in that conflict.

Added to this exhibit shortly after it opened on Memorial Day, are displays on Altoona’s connection with the Holocaust. World War II memorabilia and the items from every branch of the armed forces that belonged to the featured service personnel are also on display. The exhibit includes both German and Japanese artifacts and a radio whose short-wave instrumentation was removed by the FBI while interrogating aliens in Altoona.

Also, the public will be offered a rare chance to view an historic Torah that was buried before the Nazi invasion of Czechoslovakia and rescued after the war, restored, and presented to the Altoona Jewish Community. This large Torah, written on parchment in 1564, is complete with its green velvet cover along with a silver reading pointer. Also shown is a rock from Dachau prison and other Holocaust artifacts.

The 2019 exhibit has proved to be one of the more popular displays at Baker Mansion in recent years garnering compliments from local citizens and bus tour groups. Please allow one hour for a self-guided tour of the rooms and exhibits.

The museum store at the Lawruk Family Visitors Center will be open during the tours. The store features a selection of holiday Altoona and Blair County gifts including mugs, thermal cups, hoodies, books, pamphlets and a unique selection of six different Altoona Christmas cards and over 100 postcards featuring local scenes.