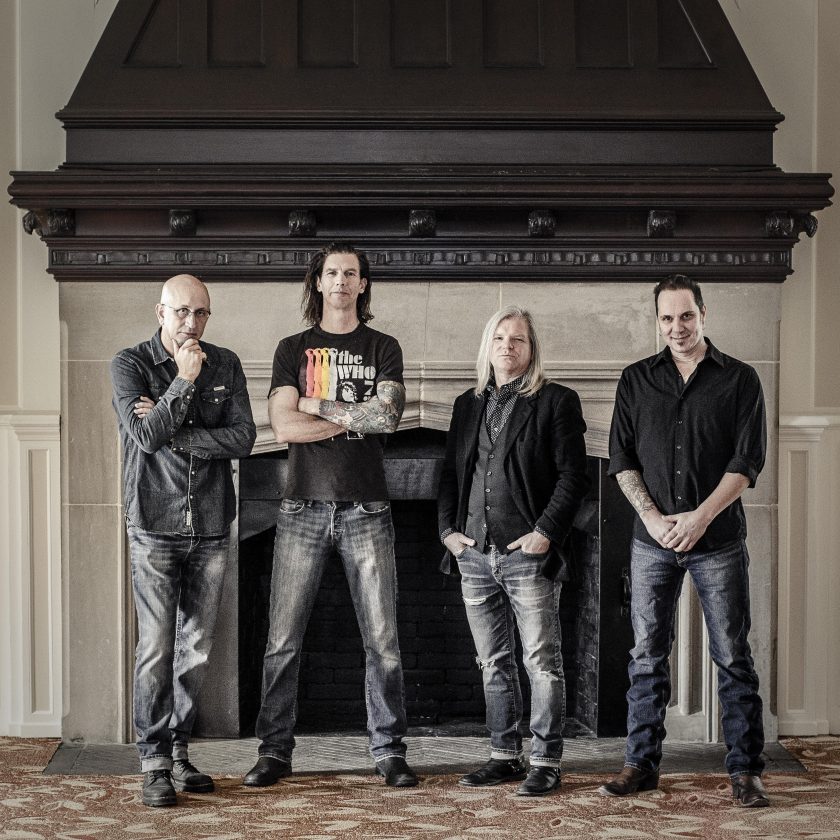 The Clarks, a Pittsburgh-based rock band returns to the area to kick off the Altoona First Frontier Festival July 26 at the Mishler Theatre.

The two-day festival features paid shows at the historic theater and free shows July 27 in downtown Altoona. Altoona First Savings Bank is the title sponsor of the event, which is presented by Altitude Entertainment and the Altoona Mirror. Guitar legend Bill Kirchen opens for The Clarks at 7 p.m. at the Mishler.

For 33 years, The Clarks have delighted audiences with signature-style guitar riffs and harmonic vocals telling stellar stories set to a driving beat.

Like local music fans, Joseph fondly remembers playing at the The Gingerbread Man restaurant and lounge in the early 1990s. The Clarks formed in 1986 at Indiana University of Pennsylvania. Decades later, he retains a love of music.

“Fans in Altoona have been really good to us,” Joseph said. “They respond to our songs and like to have fun so the band has fun. This is the second time we’ve been at the Mishler. It’s a grand old theater and a real gem.”

Joseph said the band will play a mix of fan favorites and likely introduce some new material.

Blasey credits his late father for turning him into a music lover and encouraging him to pursue his passion while also getting a college degree in Communications with a minor in audio production from Indiana University of Pennsylvania. The university named him and the band as distinguished alumni in 1987.

“My dad was a World War II vet and he was very encouraging of my career,” Blasey said. “He loved music, but he also emphasized the importance of education. Music was my passion and he always said ‘do what you love.'”

The Clarks have appeared several times on national television but their appearance on The Late Show with David Letterman stands above the rest, Blasey said.

“Late show with David Letterman in 2004 tops the list as a high point on the national stage and being in Ed Sullivan Theater,” Blasey said. “David was great. He was very kind and generous. If he had you on his show, he knew you and liked your music. David was very much into music and great to work with.”

The show’s band leader Paul Shaffer also made a favorable impression on Blasey.

“Paul is a real music lover. When we arrived and set up, he hung out with us and asked what we were about and the guitars we played. One of the take aways from that experience still resonates and that was how nice everybody was even though we weren’t this superstar band — we were a small band from Pittsburgh.”

The first time Blasey considered a musical career, happened as an audience member at the Stanley Theater.

“Tom Petty is my number one role model and was my concert experience. It was in 1980 when I was a high school sophomore. It changed my world view. I remember sitting at the show thinking, ‘I’d really like to do that.'”

“It’s really cool. A lot of fans will comment ‘my parents listened to you guys’ and now their kids are fans,” Blasey said. Time and experience have also spurred a musical evolution.

“We were louder and more aggressive. We had a punk ethic. It didn’t have to be perfect just had to be passionate,” he said of the band in its early days. “We’ve evolved and grown through new members and different instrumentation. It’s still rock and roll music like Tom Petty and the Heartbreakers and other bands of the 1970s.”

His personal play list, he said, is a mix of current artists and ’80s hits from The Police and REM.

“My tastes run the gamut. It’s all over the map. I listen to Brandi Carlile, Dan Auerbach, The Black Keys, Leon Bridges and I still listen to the music I grew up on — The Police, REM and other ’80s music … I like a good melody and like to listen to lyrics.”