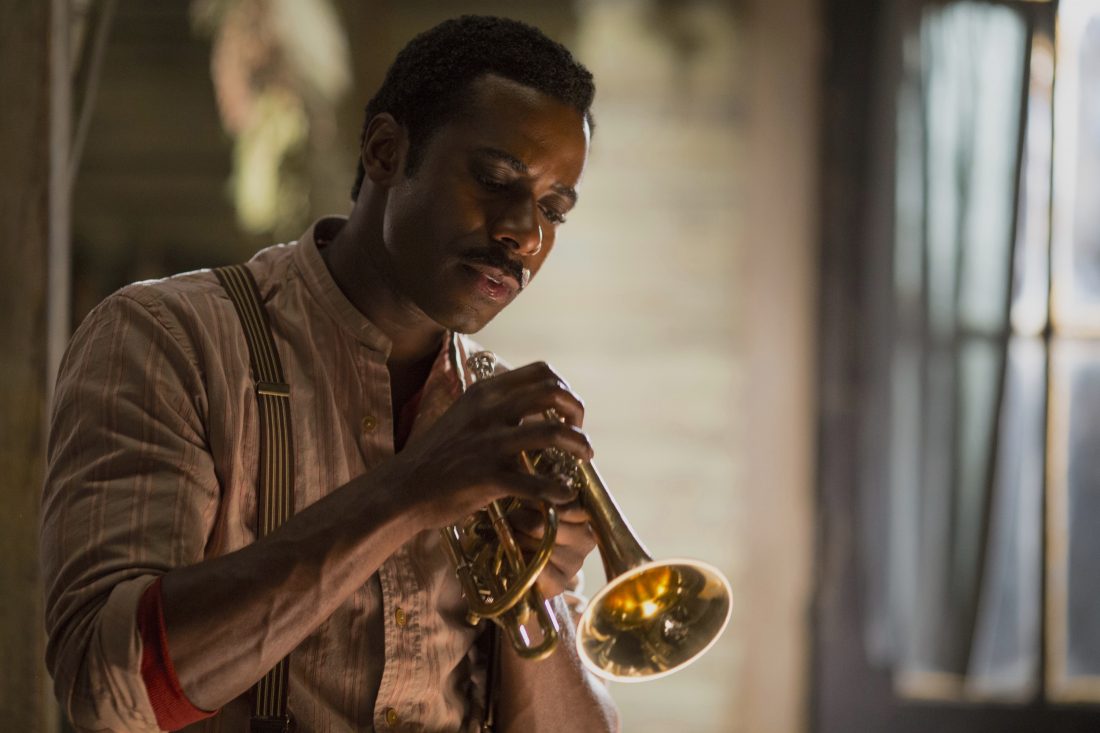 NEW ORLEANS — More than two decades after the seed was planted in Dan Pritzker’s mind to make a movie about jazz cornetist Charles “Buddy” Bolden, the world is finally getting to see the story he’s been trying to tell.

The writer-director’s film “Bolden” reimagines the life and music of the musician, of whom little is known. Many consider him the father of what we now know as jazz.

The movie stars Gary Carr (“Downton Abbey”) as Bolden, who was born in 1877 and died in Louisiana’s state asylum in 1931. It also features the musical talents of New Orleans native and jazz master Wynton Marsalis, who wrote, arranged and performed music for the movie and is named executive producer on the project.

“This is a poetic, tragic story about a guy who changed everything about American music. Let’s be clear, though, it’s not a biopic. It’s more of an allegory about the soul of America in my view,” Pritzker said in an interview with The Associated Press.

“There are no known recordings of him. None of his music exists and it’s left to people’s imagination of what he might have done. And there’s just one photo of him. Up until Donald Marquis’ book, ‘In Search of Buddy Bolden,’ people questioned whether he was even real,” Pritzker said.

He hadn’t heard of Bolden until a show promoter in 1997 mentioned him offhandedly as “having invented jazz.”

“I was shocked that I had not heard of the guy that had such a deep impact on me and millions of others. It seemed to me quintessentially American to relegate to anonymity the black American man that changed the fabric and tempo of the country. It struck me as tragic and poetic. This was American history and tragedy of mythical proportion,” Pritzker said.

He began filming the movie 12 years ago, but reshot it in 2009 and 2010. Five years later, he tossed major parts of the script, then rewrote, recast and reshot much of the film again in Wilmington, North Carolina; Atlanta; and New Orleans.

Asked what took him so long to bring the project to fruition, he bluntly said, “I didn’t know what I was doing.”

“I had never made a film,” he said. “How do you really do that? It’s one thing to have an idea but it’s another to capture it on film. I had to teach myself how to do this.”

The film screened during the first weekend of the New Orleans Jazz and Heritage Festival, and opened nationwide last week.

Pritzker said he and Marsalis collaborated well on both “Bolden” and a silent film he shot in 2007 titled “Louis,” based loosely on the childhood of jazz trumpeter Louis Armstrong. Pritzker directed both projects simultaneously before returning to square one on “Bolden.”

“We want people to know who Buddy Bolden was and know some of the early takes on jazz music,” Marsalis said. “When I met with Dan, I liked what he was saying about Bolden’s significance as an American fixture and what he was saying about the music. It was exciting to do his music, to write in the style of his band and bring sounds to life that were not normally heard. He’s the inventor of the music. He invented a new way to play.”