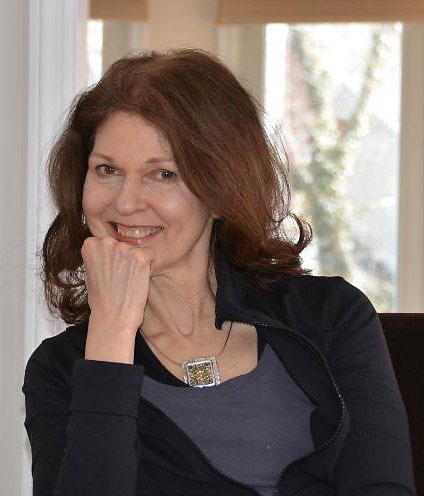 Those who live in the Allegheny Mountains may take the landscape for granted. Marleen Pasch says, “Don’t.”

Pasch, celebrating her second published novel “At the End of the Storm,” lived in Hollidaysburg in the early 1980s: fostering a career in corporate communications, building friendships, dancing to disco hits and “trying to golf” (as she said).

She said her central Pennsylvanian experience (a mix of the place, the people and the figures of speech) had a depth and solidity that seeped in and stayed with her. Still, Pasch faced personal challenges that prompted her to move northward.

“It was a dark time in my life and I found myself feeling isolated,” she said. “Even though I came to love the people and, especially, the landscape.”

This landscape, (paired, almost certainly, with a strong understanding of the dualities in which people often live), led her to craft the story of Daria Demarest, the protagonist of “At the End of the Storm.”

Daria grows up in the fictional town of Mount Laurel, Pennsylvania. Pasch said in an email that though her story begins on a rather predictable trajectory — talented woman wants to escape small town life for bright lights, big city — it takes a decidedly sharp and unexpected turn when she becomes pregnant by an anti-war activist during the Vietnam War. Social norms at the time, her mother’s apparently unyielding judgments, her career aspirations, all inform her decision to surrender, rather than keep, her first daughter.

But years later, Daria’s second daughter, 16-year-old Lizzy, announces she’s pregnant. By then, Daria’s a successful television host. Lizzy’s announcement jettisons Daria back to memories of her first daughter and her early life in central Pennsylvania. Daria must choose. She needs to come to terms with the past, or continue to suffer in shame and regret.

Daria is faced with yet another life-changing challenge in this time of transition. She is reunited with a man who tried to support her during their days together at central Pennsylvania’s fictional MacMillan University. When Daria is offered the opportunity to leave the stage and notoriety behind, she weighs the impact of returning with him to a place she had left.

In the novel, Pasch explores how Daria’s perfectly staged life was squeezing the life out of her. She said this is a message that she personally needed help with — adding that many others do as well, women in particular.

Pasch airs various questions in the novel: Is releasing shame and regret even possible? Can Daria repair relationships with family, friends, and the college love who offered her a life she wasn’t then ready to accept? What might it be like to return to the place she so wanted to escape?

The last question is a point Pasch hoped to highlight for this paper’s readers. She says that as a young woman, Daria gets what she thinks she wants most: escape from her hometown and the family that had no idea who she really was. What she realizes, though, is that it wasn’t the outer landscape she needed to change, but her inner-self: the attitudes and beliefs about family, relationships and spirituality.

Although the novel took 10 years to write, Pasch achieved her own aim of creating living, breathing characters with unique messages.

The work earned her the following words from Kirkus Review: “Pasch’s novel excels at creating authentic, three-dimensional characters…an admirable exploration of the psyche of an especially touch protagonist.”

“At the End of the Storm” is published by Penmore Press LLC. It is available on Amazon, at Barnes and Noble in store and online, as well as independent bookstores.