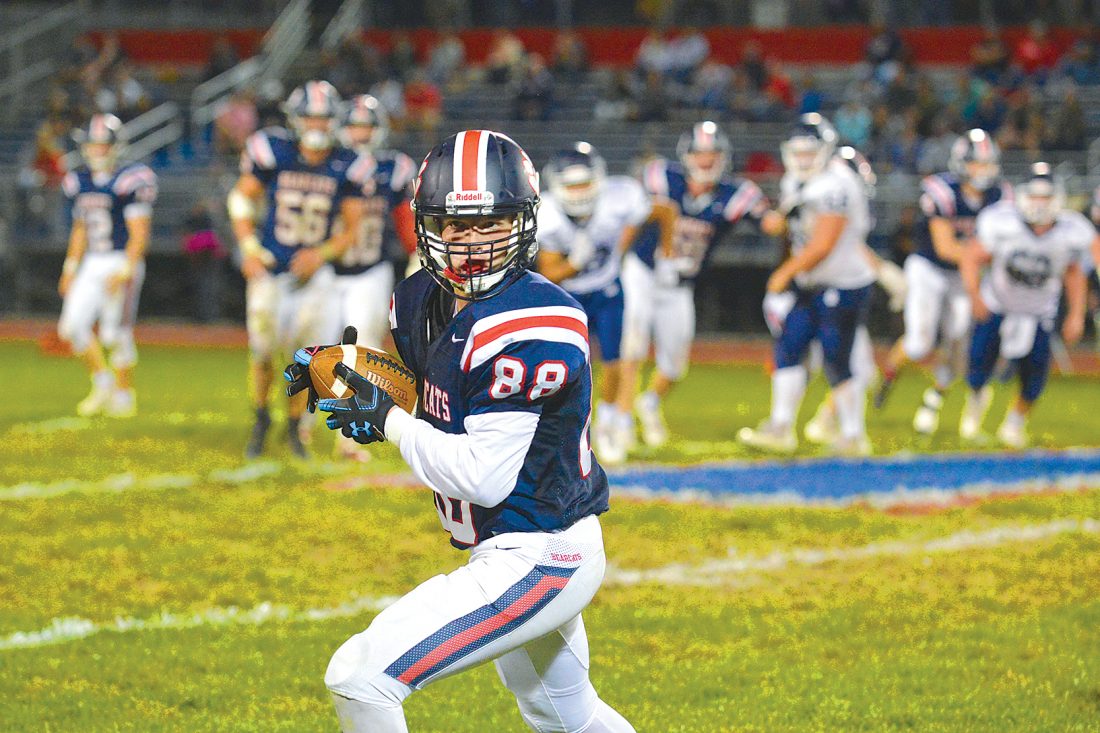 Huntingdon was 9 yards away from playing for the District 6 Class 3A title last year, but a lot has changed both within the Bearcats’ program and the world since the end of last football season.

Huntingdon was already losing plenty of talent from its 2019 team to graduation before the coronavirus pandemic wiped out spring and much of summer workouts.

“We have to replace 86 percent of our offensive production this year,” Bearcats coach Shane Thomas said. “We did a lot of Zoom team meetings and positional team meetings whenever we were still basically on lockdown in May and June. As we’ve started summer workouts, we’ve tried to figure out ways to do things in pieces.”

While Huntingdon was in the process of doing that, a rumor started making the rounds that the school may consider dropping sports due to financial concerns related to the pandemic.

For a short time, even football was considered on the chopping block.

“I just asked them to keep focusing on things they could control and let the rest of us worry about the other things. The talk of Huntingdon not having fall sports was shut down really quick, thank goodness.”

The HASD Athletic Committee shot down talks of eliminating football and any other sports for the 2020-2021 school year before the proposal even made it to the main board meeting.

“I’m against eliminating any of these sports,” HASD Athletic Committee member Heather Fox said in the meeting. “I understand the numbers are low (in some sports), but if that is the kid’s desire and if that helps a kid possibly get through school by looking forward to that practice or that game, as long as they have enough to field a team, I’m not for picking a choosing one sport over another. Even if there aren’t a lot of kids on the team, those kids are still important to me. So, unless there’s no other way, I’m not for cutting sports.”

Of course, there’s still the possibility that fall sports won’t be held as the PIAA mulls its options, but if everyone else is playing, Huntingdon will be on the field.

“We just want to put it all out there and prepare like we’re going to have a season,” Bearcats senior Darin Harman said. “That’s all you can do.”

Harman has been one of the busiest Bearcats this offseason as he prepares to make the switch from wide receiver to quarterback.

“Stepping in at quarterback, I want to have a wholesome offense,” Harman said. “I want to move the ball very fast and have everyone involved. Last year, we struggled with using all the weapons we had, and I want to fix that.

“We have been trying to put some pieces together. We picked up Alec Cooper, the point guard on the basketball team, as a receiver. We moved (Tyson) Cook from running back to receiver, so we’ll have some weapons.”

Thomas has been happy with the team’s early progress.

“The attendance in summer workouts by the kids has been awesome,” Thomas said. “I’m talking 30-some kids every single morning for the last three or four weeks since we got started. Replacing what we lost is going to be tough, but I have a lot of guys working their butts off right now to try and move right in and make the losses as small as possible.”

Harman said the team will lean on its offensive line as the Bearcats try to improve on back-to-back 5-6 seasons.

“The group that will be seniors this year is very driven,” Thomas said. “They couldn’t wait to get started. They were texting me all the time. After we finally got on the field, they have been pushing each other and competing.”