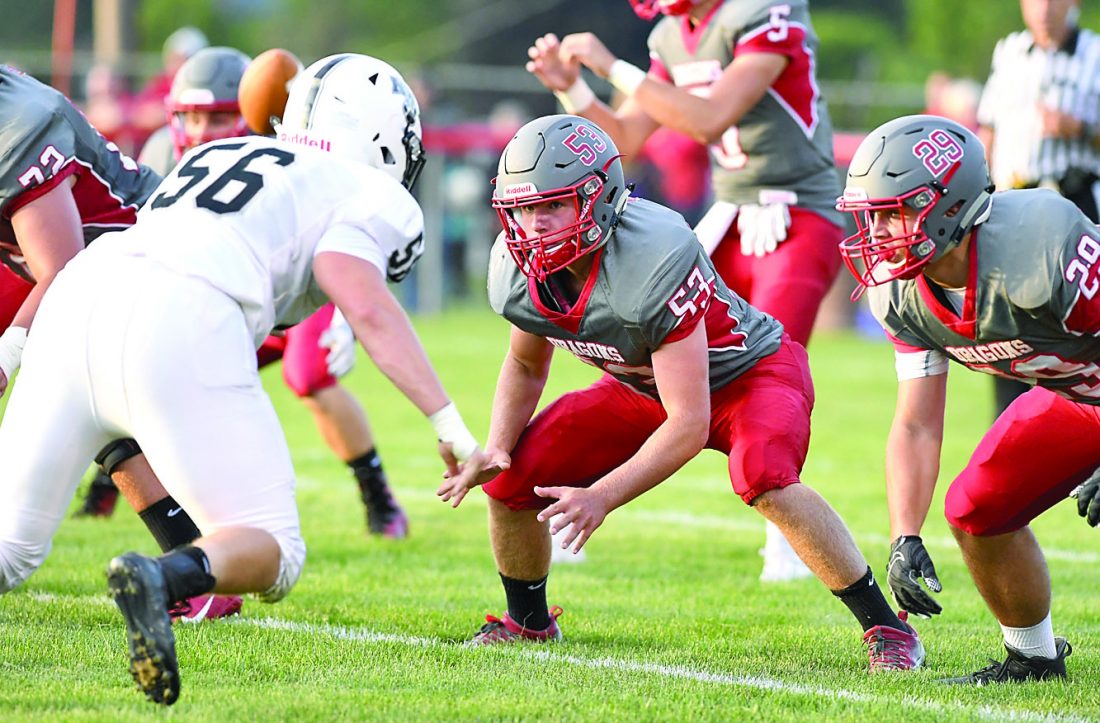 As Central prepares for its final season in the Mountain League before returning to the Laurel Highlands Athletic Conference, emotions are high in the Martinsburg area.

“It will mean a lot to a lot of our players, because that’s who they have grown up playing against,” Central coach Dave Baker said. “They know the players on the other team, and there are good feelings between them. It makes for good rivalries. They will hate to see it end. We like to play Huntingdon, we like to play Bellefonte, we like to play Clearfield. They have played those teams from sixth grade up.”

Perhaps the biggest rivalry going away is with Blair County rival Tyrone. The teams have split the last 16 meetings, and both teams have often been in the mix for — and won — District 6 titles in that time period.

“A team like Tyrone, which is our rival, it’s important to come out with a ‘W’ because we want to leave our mark,” Central senior Austin Keith said. “With us leaving the Mountain League, we have high expectations.”

Baker said changing leagues will be more about not seeing a familiar friendly face than it is missing a chance to get even with a team that there may be ill feelings toward.

Central finished just 4-7 last season but nearly knocked off District 6 champion Bald Eagle Area in the semifinals before falling by two points. Many of the difference makers on the Scarlet Dragons team were getting their first taste of varsity action.

One of those players was rising sophomore Jeff Hoenstine, who split time at quarterback and wide receiver on offense and was spectacular in the secondary defensively.

“I have mixed feelings about (leaving the Mountain League),” Hoenstine said. “I’m going to really miss playing teams we have built rivalries with over the years, especially Tyrone and Huntingdon. Since this is our last year, we’re going to try and leave on a positive note and win the league.”

For that to happen, Central will need to be more versatile on the offensive side of the ball. The Scarlet Dragons struggled to put together any type of consistent running game last year.

“It would be nice to have that option to run the ball,” Keith said. “We were so pushed to pass the ball last season, and teams knew the pass was coming.”

Central may not see its overall record improve that much due to a tough schedule, but Baker is hoping the team is hitting its peak when the playoffs begin.

“We think we have a good team, but there are some good teams in our league and on our non-league schedule,” Baker said. “Hollidaysburg and Fort Hill will make our schedule extremely competitive.

“A lot of them will be good games this year. All the teams should be very competitive.”

As veteran players like Keith take over leadership roles and underclassmen like Hoenstine return for their second taste of a varsity schedule, the hope is that everything fits together to get the most out of the team’s potential.

“We need to work together and have the right mindset,” Hoenstine said. “The talent is there.”