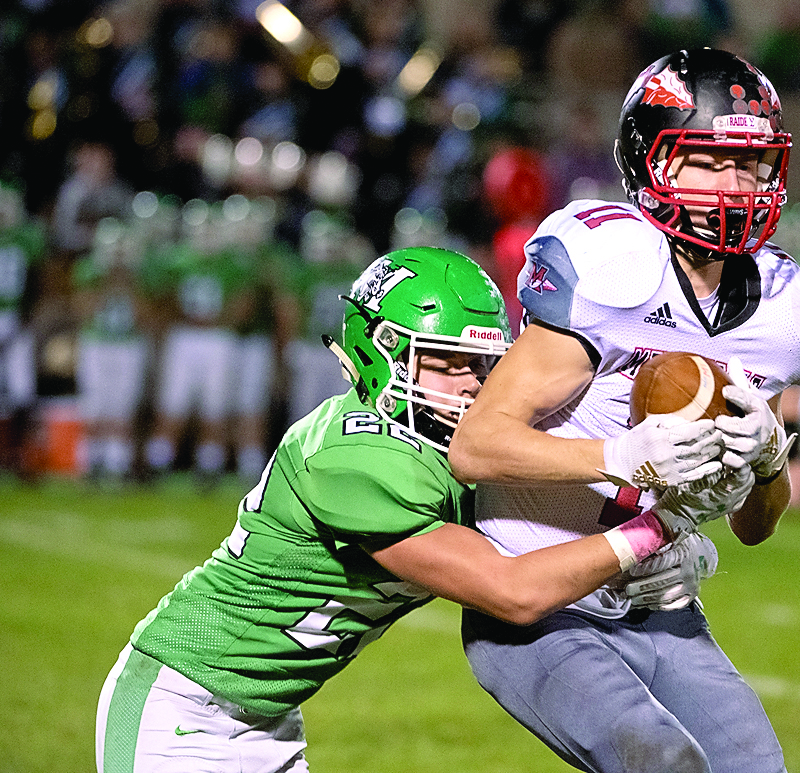 There are certain to be plenty of things different about the 2020 high school football season, but in Portage, one of the biggest has nothing to do with the coronavirus pandemic.

For the first time in three decades, the Mustangs will not be coached by Gary Gouse.

“A couple of us on staff have been coaching with him for about 20 years, so even though he was the head man, we were all part of it,” said new Portage head coach Marty Slanoc. “A lot of those things, we’re trying to continue. But it will be different without him there, that’s for sure.”

Under Gouse, Portage has been a consistent winner, and even though the Mustangs are coming into this season needing to replace plenty of talent from last year’s team that represented the WestPAC in the Appalachian Bowl and went 8-3, there’s still plenty left in the cupboard.

“Even though we lost a lot of good skill players, we have a lot of skill coming back,” Slanoc said. “I’d say what we need to work on is our offensive and defensive line. The guys up front are what matters the most.”

One member of that defensive line is senior end Marcos Douglas, who is excited about what he’s seen in offseason workouts.

“Our defensive line will be good in a variety of ways,” Douglas said. “We’ll have a lot of speed, but we’ll also have size. We’re going to do really well against a lot of different plays and styles of offense.”

Slanoc said senior players like Douglas are the backbone of this year’s team as they transition to a new coach.

“The seniors that are out there communicate well with each other, they have a positive attitude and there isn’t a selfish bone in their bodies,” Slanoc said. “They just want to have a season and be successful.”

Douglas said even without Gouse on the sideline, he will be in the minds of many of the players and coaches.

“It’s definitely a different experience,” Douglas said. “Coach Slanoc is doing a great job, but we’re all obviously going to miss Coach Gouse. He was a big part of the program for a long time, and we have to live up to his legacy.”

One aspect of the past couple seasons Slanoc will hope to change is an early exit from the postseason. The Mustangs have been upset by a lower seed in each of the past two District 6 Class 1A playoff tournaments.

“We want to win the WestPAC and make it farther in the playoffs,” said senior defensive back Payton Zatek. “We haven’t been happy with how we have played in the playoffs these past couple years, but I think we’ll do it this year.”

Portage has been working hard toward avenging those losses.

“We have had 35 to 40 kids out there a week, and we space them out and they work extremely hard,” Slanoc said. “They are extremely self-motivated, eager to learn and really want to play.”

Douglas is more concerned about how the team will respond to missed time this summer mentally than physically.

“We have to work on our team bond, because with having less time for workouts, the team chemistry has had less time to develop,” Douglas said. “But we’re in the process of building that chemistry quicker than ever, and by the time the season starts we’ll have a great team bond.”

As for Slanoc, don’t expect any nerves from the former Portage star player when he takes the field as a head coach for the first time when the Mustangs host Conemaugh Township in their opener on Aug. 28.

“I’ve coached games before, and whether I’m an assistant or the head coach, I’m not that concerned about that,” Slanoc said. “I just really want these kids, especially the seniors, to have a chance to play. So, if we get out there for one game, 10 games as long as these kids get to play, then I’ll be happy.”