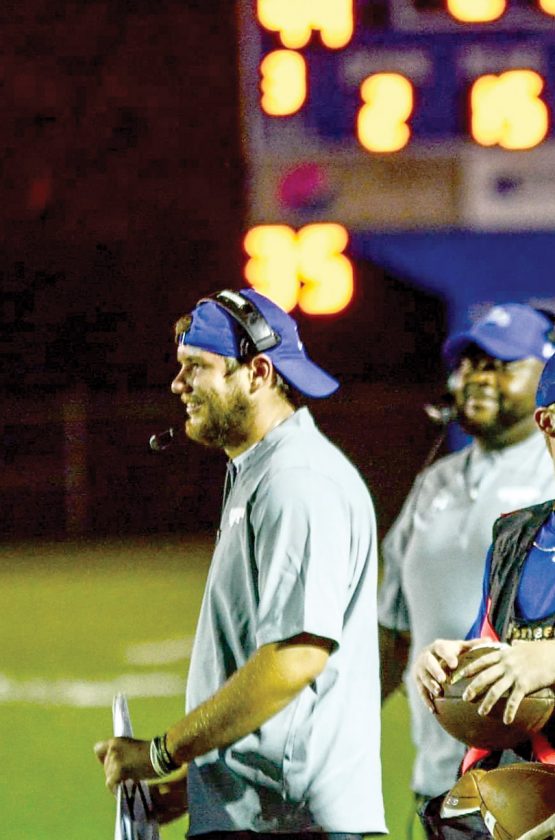 Aaron Batzel may be just 24 years old, but his coaching resume reads as someone with much more experience.

“Growing up with my dad as the head coach, coaching has been engrained in me,” Aaron Batzel said. “My grandfather was a coach too, so it’s always run in my family. It’s always been something I wanted to do, and when my time as a player came to an end, I was lucky enough to be an undergrad assistant at Slippery Rock where I really got my first taste of coaching. I loved it, and it became my passion.”

Aaron’s grandfather, Dale Batzel, was a head basketball coach at Forbes Road and Northern Bedford from the early 1960s until 1980.

“It’s neat to see him carry on the tradition,” said Jeff Batzel, who is still the athletic director and track and field coach at Northern Bedford after giving up the head football job in 2015. “This makes him a third-generation coach.”

In addition to his time on the Slippery Rock staff, Aaron Batzel was an assistant defensive line coach and assistant director of operations at Morehead State before arriving at Southern Huntingdon.

“It was awesome going to a Division I school and learn from the coaches there,” Aaron Batzel said. “It was totally new to me, and I was kind of starstruck when I first went in. We improved from the year before, and our defense had a pretty solid year. Working with athletes of that caliber was awesome.”

His father said it was evident Aaron was interested in coaching while he was still in the middle of his playing career.

“In the ninth-10th grade range, I got a feeling that he was more and more interested in whys and asking questions and watching a lot of film,” Jeff Batzel said. “It was stuff that made me think he was interested in this type of stuff.”

Ryan Garlock, who coached Southern Huntingdon the past 15 years, stepped down this offseason. His son, Scott, recently signed with St. Vincent College to continue his football career.

“Quite honestly, I wasn’t ready to step down,” Garlock said. “At the end of last season, I had a few coaches decide that they were stepping down, and with me being self-employed, I just couldn’t find other coaches to help me. I felt like I couldn’t find enough help to do it the way it needed to be done, and plus with my son going on to play in college, I didn’t want to miss anything he was doing, so the writing was on the wall. It was just time, for now anyhow.”

Aaron Batzel said he was still in the process of putting together his staff, something Garlock said is important, but that he’s making progress.

“Aaron is going to need some assistant coaches, because that’s the problem,” Garlock said. “I couldn’t find what I needed to make it work, and it’s tough to find people in the community that can help you coach that have jobs that allow them to be there when you need them. There’s no doubt there’s a little bit of a struggle at Southern right now as far as player-wise, but there is some talent there to work with. It will be a challenge for him for a year or so I’m sure.”

The Rockets would have qualified as the No. 8 seed in the District 6 Class 2A playoffs last season but opted not to enter the postseason due to finishing below .500.

“They have a real strong football tradition at Southern Huntingdon,” Aaron Batzel said. “I’m excited to be part of that. They have had some legendary teams in the state. Coming in for Ryan Garlock, who did a lot for this football program, means a lot. I’m excited to get to work. I feel like we have a lot of potential.”

Aaron Batzel will get to make his head coaching debut at home against a familiar opponent — Northern Bedford on Aug. 28.