The Coronavirus continues to stockpile postponements and cancellations in the area with high school football all-star games the latest casualties.

On Wednesday, the 2020 Ken Lantzy All-Star Classic and the 36th Lezzer Lumber Classic All-Star game were both canceled. Earlier this week, the PA Scholastic Football Coaches Association announced the cancellation of both the Big 33 and the PSFCA games.

“First and foremost, as a coach and an educator, our first priority is safety,” said Cambria Heights football coach Jarrod Lewis, who was an assistant coach in the Lantzy game this year along with Tussey Mountain coach Anthony Sottasante. “But the football coach in me who enjoys football, the sports enthusiast, it’s a game I really look forward to. I feel bad for our kids (Tyler Trybus and Noah Donahue) who were selected for the game. The kids from Cambria Heights take this game seriously because Ken played at Cambria Heights.”

The Lantzy game was slated for June 12. The Lezzer game was set for Sunday, May 31.

“It was pretty hard for us to vote on it because of all the things we knew about,” said Jim Zauzig, game director for the Lezzer game. “We just would not be able to play with the PIAA shutting things down. It was tough to give up.”

In a press release from Garry Cathell, the executive director of the PSFCA-Big 33, sent out Tuesday, the Memorial Day weekend games — PSFCA on Sunday, May 24, and Big 33 on Monday, May 25 — could not go on in the current climate in the state.

“Due to the uncertainty of the weeks ahead with the Coronavirus constraints placed upon each individual, our schools, families and the organizations and businesses that help make this holiday weekend one of the best in the country, we cannot move forward in holding these events,” Cathell said in the release.

“We decided last Thursday that we were going to cancel,” he said. “I feel bad for the seniors. There were a lot of things planned for them. It’s a big honor to be selected for these games.”

DeLattre said there are efforts to still honor the players, and that this year’s coaches will have the opportunity to coach again in next year’s game.

“We have talked about different things like getting the jerseys to the players once things break,” he said. “Maybe even bring them back for next year’s game to recognize them.”

Lewis said his players were disappointed about losing the Lantzy game and understood the situation, but still it did not make it any easier in telling them.

“During my lifetime, the things that have happened in life that have been sad, the thing that always helped people bounce back were sports,” he said. “Watching sports. That is not an opportunity right now.”

Lezzer coaches and organizers held a video conference on Zoom on Wednesday night to discuss the matter before the vote to cancel was taken. Zauzig said the kids picked for the game will still get their jerseys with their names on it, red for the South players and blue for the North players.

“It will probably be sometime in June to be realistic about it,” he said. 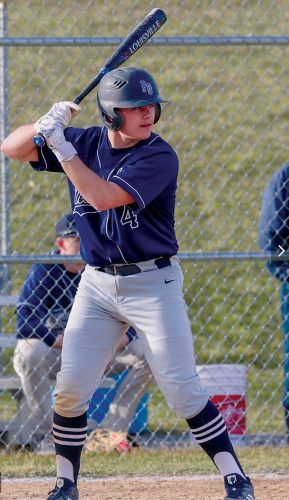