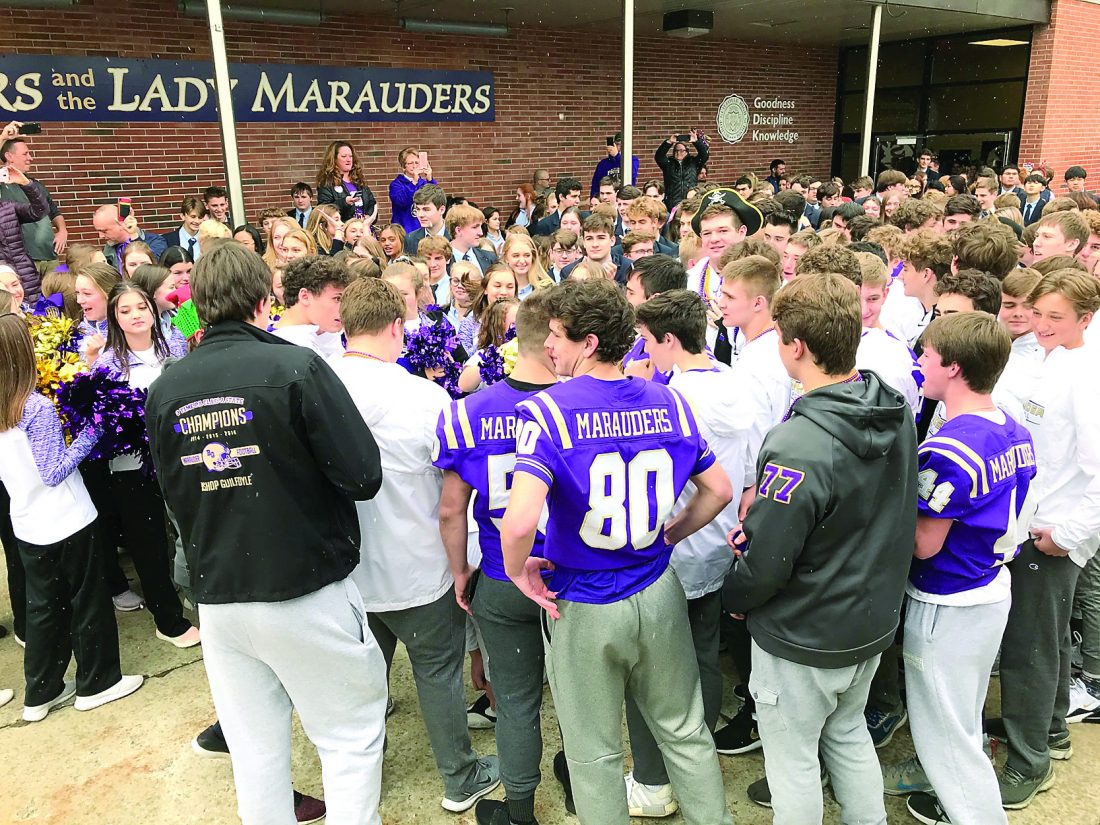 Photo for the Mirror by Michael Boytim Members of the Bishop Guilfoyle Catholic football team get ready to board their bus to Hershey Wednesday morning.

But Wheeler maintains that there’s something different and special about making a return trip to Hersheypark Stadium, where the Marauders (12-2) will face defending state champion Farrell (13-2) in today’s title game at 1 p.m.

“It’s definitely something special, because you don’t know if you’d ever get back there,” Wheeler said. “It’s definitely sweeter to see a whole new group of kids finishing their season on the last football weekend of the year.”

This Bishop Guilfoyle team has adopted a team-centric attitude that has allowed it to successfully weather injuries that kept key players, including star junior running back Keegan Myrick and starting junior quarterback Konner Kiesewetter, off the field for extended periods of time this season.

“We have a team-first attitude,” Wheeler said. “We have a lot of guys on the team who have one goal — to play well and to play together.

“The second thing is that this team also has a next-man-up attitude,” Wheeler said. “We’ve had a lot of injuries this year, but other guys have stepped into those roles without much dropoff, which has been the key to a successful season.”

When Myrick, who has rushed for 1,695 yards on 243 carries and 23 touchdowns, suffered a leg injury in the fourth game of the season and missed the next two full games and played only sparkingly in the following game, junior fullback Zach McCloskey and freshman running back Cooper Rother stepped to the forefront.

“We all play together,” Rother said. “There are no worries about individual success as