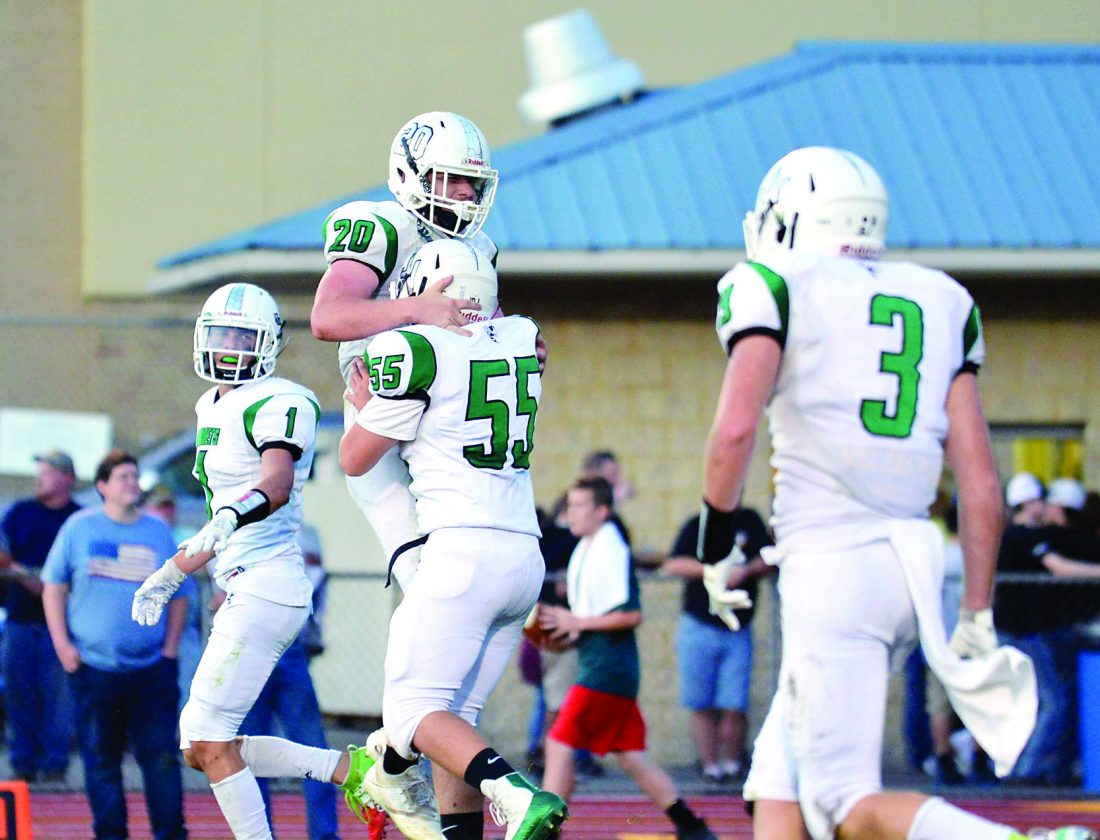 All four of the District 6 Class 1A quarterfinal games scheduled this weekend feature a team from the Mirror’s coverage area playing a team from outside of it.

BG and Portage will both start their playoff journeys tonight.

The Marauders will host Bishop McCort, a 28-0 winner over Glendale in the first round, at Mansion Park. The teams just played there in Week 10 with Guilfoyle coming away with a 22-7 victory.

“McCort is one of the better teams in 1A this year,” Bishop Guilfoyle coach Justin Wheeler said. “It’s definitely a tough quarterfinal game, and the guys know it is. We’re a team that wants to play for championships, and we think we’re a good enough team that if we focus on what we need to do and control the ball and limit turnovers, we’ll have a chance to win each game.”

The Marauders have gotten 1,129 yards rushing and 15 touchdowns out of Keegan Myrick in just eight games with the help of a strong offensive line. Bishop McCort relies on its quarterback, Will Miller, to try and provide the same type of explosiveness Myrick brings.

Miller had 126 yards and two touchdowns on just 10 carries against Glendale.

“I thought our defense did a nice job trying to contain him (in the first game),” Wheeler said. “We limited his big plays for the most part, and not many teams have been able to do that.”

In the first matchup, Bishop McCort was flagged 11 times for 126 yards, something coach Brian Basile stressed needed to be addressed.

“Our penalties put them in a good position,” Basile said. “We have to clean that up and keep preparing and see how we can improve each day. We’re excited to get another shot at them. We have to prepare each day, one rep at a time, and see how much better we can get.”

In Portage, the Mustangs will host Purchase Line, one year after being upset by eventual district runner-up United in the quarterfinals at home.

Portage has had two of the past three weeks off after Conemaugh Valley forfeited to the Mustangs in Week 9 and they had a bye last week.

“We had fun in practice last week, but this week we’re in business mode,” Portage coach Gary Gouse said. “The kids are itching to get after each other. We’re healthy and ready for a home game, which we haven’t had for a month. We know the loser goes home, and the kids want to go the distance.”

Gouse said the team is preparing to play against Purchase Line’s biggest threat, running back Josh Syster, who has 153 carries for 1,370 yards and 15 touchdowns. However, Syster suffered an injury in the Red Dragons’ win over Blairsville last week and may not play.

“Their quarterback is extremely athletic and disciplined,” Juniata Valley coach Bill Musser said. “They have a lot of good athletes, but their quarterback jumps out. We have to be ready from the start of the game.”

Though the Green Hornets have replaced graduated seniors Quinn Zinobile and Jaxson Rand with Caden Rupert and Ryann Betres, Musser said both, along with other seniors like Elliott Showalter and Grant Musser, have shown maturity and leadership throughout the season as Juniata Valley strives for another district title.

“Caden has been controlling the offense and taking what teams give us,” Musser said. “Ryann is just a steady kid who comes to work every day and is starting to get rewarded for all his hard work.”

A team the Green Hornets are very familiar with, Claysburg-Kimmel, will be an underdog in the second round of the Class 1A playoffs for the third straight season, but the Bulldogs keep inching closer to the semifinal round.

C-K was a fourth down stop from eliminating Juniata Valley a year ago and is getting healthy enough to make a run at Saltsburg on Saturday.

“It’s a good thing and a bad thing at the same time,” Claysburg-Kimmel coach Matt Bilchak said. “We’re excited t get kids back healthy, but now the difficult thing is finding ways to get everyone touches and spread the ball around. When guys were dealing with injuries, we got kids significant playing time that did well, so now we have to see what is the best configuration.”

Zach Claycomb, Preston Bush and Kobe Harr are just some of the talented players who have been battling injuries that will be available Saturday for the Bulldogs.

“We’ve had a great week of practice,” Bilchak said. “It’s been the hardest I’ve seen them work all year, and this the effort I expect all the time. With focus and hard work, they know what they are capable of, and we’d like to see these seniors extend this playoff run.”