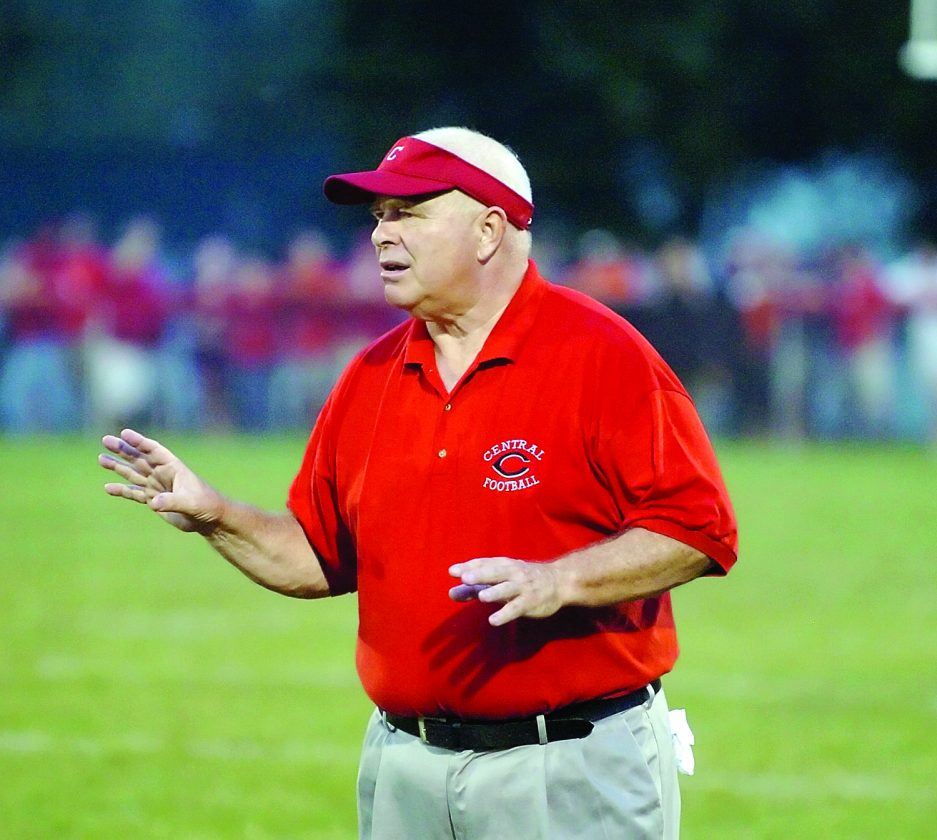 Veteran Central football coach Dave Baker is one win away from his 200th career victory.

It’s something that many of those closest to him, including his top assistants, weren’t aware of until this week.

Even Baker himself may not have known.

That’s likely because winning has never been the ultimate goal for the 74-year-old.

“(Getting to 200 career wins) is nothing I want to talk about. I don’t want to be involved with anything about that,” Baker said. “The only thing that number does is make me feel old. I don’t see it as anything to concern anyone with.”

“If anybody deserves to be in the Pennsylvania Football Hall of Fame, it’s Coach Baker,” said Don Appleman, who coached basketball at Williamsburg the same time Baker coached football and later served as athletic director at the school. “He’s right around .500 for his career, but he was at Williamsburg for 30 years. During that time, it was either the smallest or second smallest in the state, and he was able to hold the program together all those years.

“It’s hard to get wins because of numbers. To have a good team, you need to have 17-20 kids who can play in games, because everyone else has at least 25.”

Appleman served as an assistant coach for Baker one season and was impressed with his demeanor.

“I marveled at the way he was able to put a team out on the field that was competitive when we didn’t have eight interior linemen between the offense and defense combined,” Appleman said. “He worked with what he had and won a couple big games every year. I had to really stand back, stop and think about it. How does he get that much out of every player he works with?”

In his nine years at Central, Baker is 41 games over .500 with the ability to utilize a much larger roster filled with talent.

“He’s a good coach and an even greater person,” Central assistant coach A.J. Hoenstine said. “His calm attitude puts the kids at ease, and they like playing for him. We’d be so happy to get him his 200th win, because he spent a lot of time at Williamsburg dealing with low numbers. It’s been great to see him have success here.”

Baker is a Central graduate and followed in his father Max’s steps as a high school coach.

“One of the years Williamsburg went undefeated in the late 80s, Coach Baker told me that going unbeaten with that team meant as much as coaching the Steelers to the Super Bowl for him,” Appleman said. “Everyone plays by the same rules, but we never played anybody the same size as us. Claysburg was close, but most had twice as many or more players than us.”

Though Baker has won three District 6 titles and made the PIAA semifinals twice in his time with the Scarlet Dragons, some of his best memories are from his time as an underdog at Williamsburg.

“When we won some games at Williamsburg we shouldn’t have won where our players made a great effort and no one thought we could win, those are nights I remember,” Baker said. “Kids really rose to the occasion, and we beat teams like Southern Huntingdon, Bellwood-Antis or Northern Bedford. Those wins wouldn’t seem huge to someone outside the program, and no one noticed it across the state, but to us and those players at the time, it was a really important moment of our lives that sticks with us.”

Appleman also remembers one of those nights.

“We beat Northern Bedford when they had one of those really talented Nastasi kids,” Appleman said. “I had no idea how we were going to deal with him or the rest of the talent they had, but Coach Baker got the most out of the kids we did have who could play, and I got such a good feeling out of that win. It meant as much as any of my wins in basketball. He just had so much respect for the program and was committed to the program and he got his players to feel the same way.”

Not surprisingly, those same traits were evident in Central’s teams that made long playoff runs.

“Those kids came in with no expectations and weren’t given a chance against some of these state playoff powers,” Hoenstine said. “We even had a chance and put ourselves into position to win both (PIAA semifinal games). We were playing against bigger programs, but we had a mentality instilled into our players to give it their best, and they really got the most out of what they had. That’s what I really appreciated out of those players.”

One more win to reach a milestone may not mean much to Baker, but a victory in one of Central’s last three games (home against Bellefonte and Huntingdon, then on the road at Hollidaysburg) would all but clinch an appearance in the District 6 Class 3A playoffs.

The Scarlet Dragons missed out on the postseason last year, and getting back there this season has been a goal since the end of last year.

“It looks like we may be able to get in the playoffs,” Baker said. “Our team is improving. Every week it is improving, and probably one more win would get us in. We could play someone we’ve already played (like Bald Eagle Area) or someone like Westmont, who we haven’t played lately. We’re looking forward to that challenge.”

Regardless of who Central plays, Appleman believes as long as Baker is there, his players will be up for that challenge.

“His concern is always teaching fundamentals and making it fun,” Appleman said. “He’s selfless, always puts the kids first, worries about his assistants and does his share of the work. He demands kids to do what they’re asked, but he doesn’t discipline them for not winning. Winning is only a part of what you’re trying to do as a coach, and he’s always known that.”

$25B budget heads to Wolf