Back under the lights: First-year coaches reliving excitement of sport 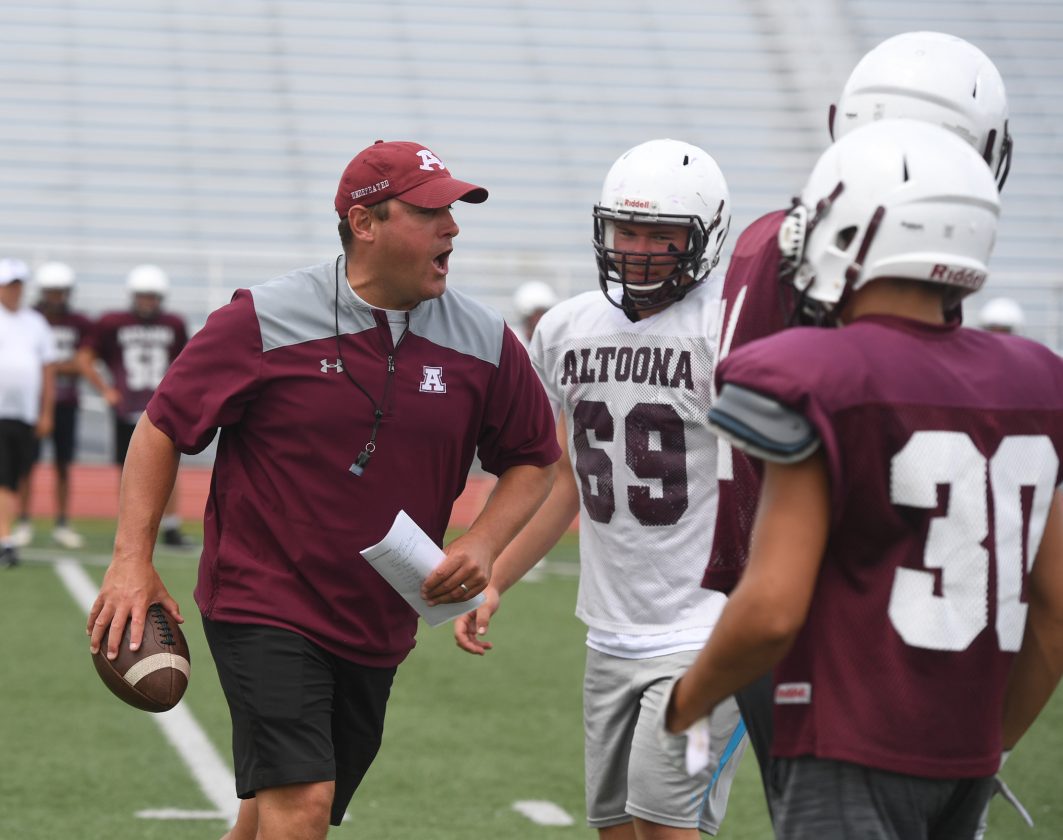 A common concern among high school coaches of any sport is a student athlete’s excitement to be on the field, course or court could impact their focus.

Early in this year’s scholastic football season, a few rookie head coaches have had to remind themselves.

“Of course it was exciting, running out to coach that first game,” Glendale coach Spank Trexler said. “We talk about football being sort of ageless. It’s a unique feeling that even grown men chase the rest of their lives. Even as coaches, we get excited with the same type of feelings and adrenaline rush. It’s definitely a familiar but exciting experience.”

Trexler handled the moment well, leading the Vikings to a season-opening win over Williamsburg and fellow first-year coach Ryan Hileman. Glendale defeated Everett last week to already double its win total from a year ago.

“I’ve been very pleased with how the kids are approaching each challenge,” Trexler said. “I knew they were tough kids and determined. Seeing them grow over the first three weeks, rising to occasions, it has been very satisfying, and I’m excited to see where they end up.”

Hileman has yet to experience a win, but the Blue Pirates have improved offensively after going 0-10 last season.

“Obviously we’ve had ups and downs,” Hileman said. “We had positives, and we’ve been able to score, but turnovers and missed tackles have been a big problem. The boys show up and work hard. They show enthusiasm, and they’ve grown and improved, but we’re still working at it and trying to get that first win.”

Hileman was also overcome with emotion when he first led the Blue Pirates onto their home field.

“It’s where I grew up and the first place I watched a football game,” Hileman said. “I went with my grandfather to watch, and those memories came back. The community knows everyone here, and it’s emotionally exciting to be starting a new chapter here.”

Another first-year coach, Vince Nedimyer Jr. of Altoona, has even more family ties to the team he’s now coaching. His father once coached the Mountain Lions, and Nedimyer Jr. played quarterback on the 1997 Altoona team that finished 12-1.

“When the fight song is playing, it gives me chills and brings tears to my eyes,” Nedimyer Jr. said. “Knowing what it feels like for the kids, my kids and the other coaches’ kids to run out there is special.”

Nedimyer Jr. had to endure a couple tough losses to open the season but won his home opener at Mansion Park last Friday against Allderdice.

“It’s been good. There’s a lot of things we expected,” Nedimyer Jr. said. “We have been on road two out of three, but we’ve done a nice job overcoming adversity and getting things going, and I’m still seeing things I can learn from as a coach.”

The other two first-time head coaches in the Mirror’s coverage area, Everett’s Dave Lightner and Huntingdon’s Shane Thomas, have also been forced to deal with adversity.

Lightner spent the offseason planning an option-style offense led by two-way star Quinton Spade, but just before the regular season, Spade suffered an ACL, MCL injury that will keep him out the entire year.

“I didn’t really think about injuries and how much they really impact you,” said Lightner, whose team has scored just eight points in three games. “I didn’t realize how much that would hurt and how important it is that the kids stay healthy.”

“Last week, we had five starters go down between one and two days before the game due to injury,” Thomas said. “It was tough trying to piece together the subs and put them in the right position.”

It wasn’t the first time Thomas has lost sleep as the head coach of the Bearcats, who won their opener over Mount Union, 8-0, before losing the last two weeks.

“(That first win) was a special moment, and it’s definitely something I’m going to remember for a long time,” Thomas said. “I didn’t sleep three or four days before that game, just going over everything in my head.”