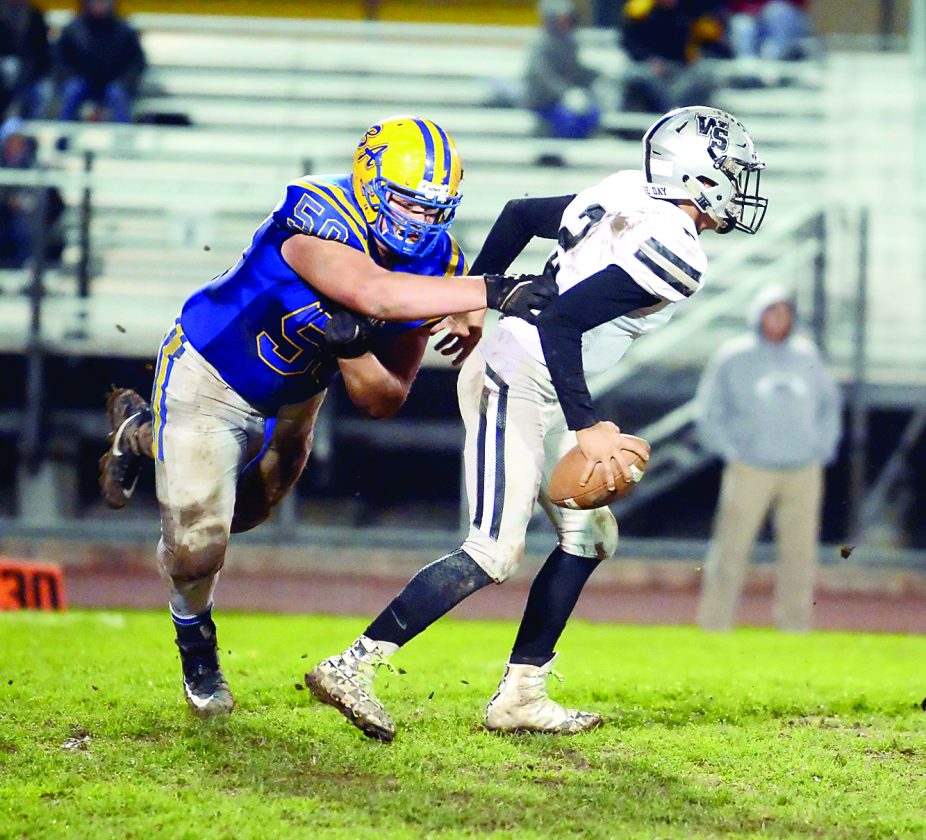 Tyrone and Bellwood-Antis don’t need any additional storylines when they meet on the football field to be a major story.

But when there’s something special going on, it becomes one of the biggest games in the state.

John Franco will officially return to the Tyrone sideline in a game for the first time since losing the state championship game in 2011, and second-year Bellwood-Antis coach Nick Lovrich will get to host the contest for the first time in his career.

“Like every year, this game is huge,” Lovrich said. “It’s great for our kids. The only thing better would be if we were actually in school when the game is played. Both schools won’t be back yet, but it won’t matter. Everyone will come out for that game. It’s a huge rivalry for the whole area.”

Lovrich lost his first appearance as a head coach in the rivalry, 16-7, last year after serving as an assistant coach under John Hayes for 20 years. Lovrich was around for many Franco-led Tyrone-Bellwood battles as an assistant but downplayed the importance of the coaches.

“People have asked me, ‘what do you think about going up against Coach Franco?’ but it’s still just football,” Lovrich said. “Whatever team is going to block and tackle better and what team is going to run the ball, pass the ball and catch the ball better. That’s what football is about. It’s not about who is on the sidelines. We’ll both have our kids ready.”

Despite losing last season, Bellwood-Antis won its next 10 games, including a playoff game against West Shamokin. Still, the importance of Friday night’s game is evident when talking with Blue Devil players.

“It’s a pretty important game for us,” Bellwood senior Evan Pellegrine said. “It gives us a good start to the season. If we do well in that game, it’s usually a pretty good sign that we’re going to have a good year.”

Plenty of things have changed for Tyrone this season, but the Bellwood game is still circled on the calendar.

“The Bellwood game is our main focus right now. We’re excited and ready to go, but we just have to take it once practice at a time and work toward good results.”

When Franco returned to Altoona, he missed out on the Hollidaysburg rivalry due to playing in the WPIAL, and the past two seasons at Penn Cambria didn’t quite illicit the feelings the coach has experienced this summer at camp in Tyrone.

“I have missed (the Bellwood preparation),” Franco said. “Even though the other places I’ve been have had their own rivalries, nothing is as neat as Bellwood-Tyrone. That is so much fun to be part of and start your season off there. It is something I’ve really missed, the excitement and the intensity of it, and I’m really looking forward to getting back to it.”

Lovrich said he wasn’t overwhelmed coaching in his first game in the series last year.

“It was like pretty much every Tyrone-Bellwood game,” Lovrich said. “Mistakes by both teams. Both teams made some great plays. It was about perseverance, and they persevered more than we did. They made a couple more plays than we did, but that’s typically how that game has always gone. It was fought right to the end and kind of what I expected.”

Both teams will be breaking in plenty of new players.

Trevor Miller (B-A) and Brandon Lucas (Tyrone) are taking over at quarterback while both teams may get some help at tailback from players who were used mostly as wideouts a year ago (Zach Mallon, Bellwood and Tommy Hicks, Tyrone).

Tyrone has plenty of new faces on its line, and Bellwood-Antis must replace Alex Schmoke, who had an impressive kicking career with the Blue Devils.

Adding to all the uncertainty, neither school is even back in session. But with this rivalry, there’s no real question as to what the scene will look like on Friday.