How the West … won 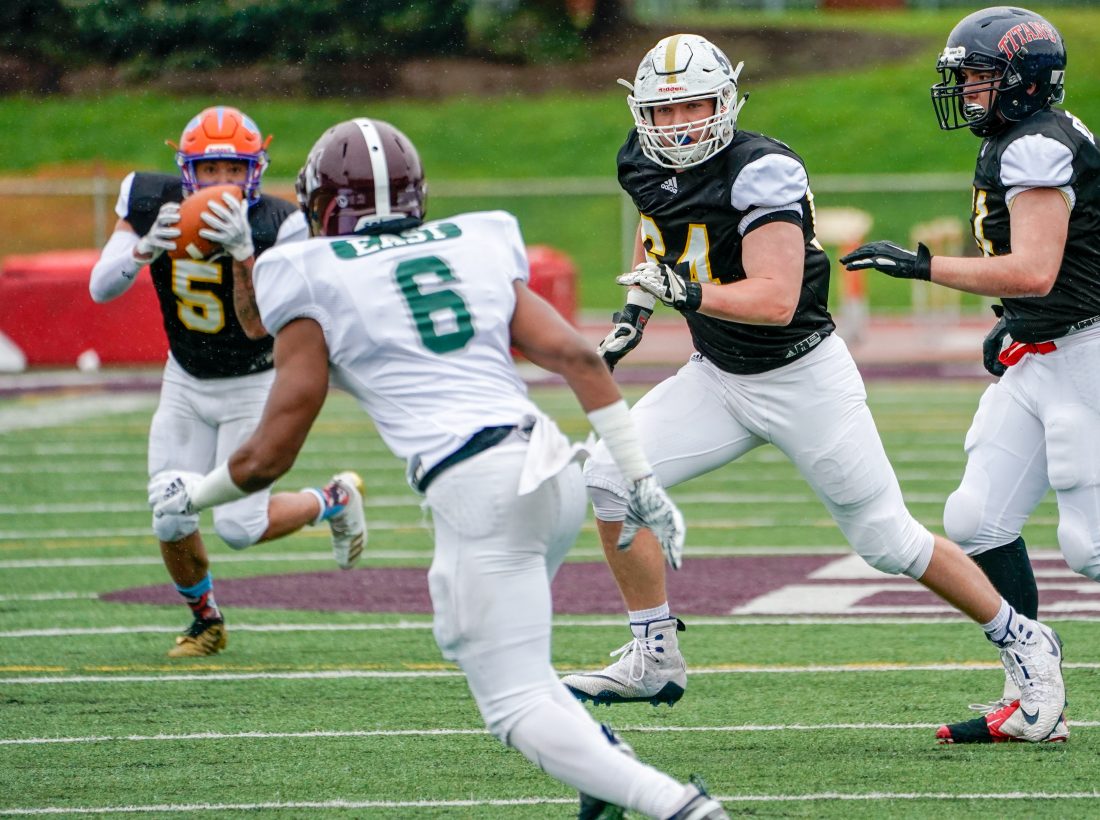 For the second year in a row, a steady rain fell Sunday afternoon at Mansion Park and, like 2018, the West All-Stars handled the ugly weather while trimming the East, 41-35.

It was the third straight win for the West since the game returned to Altoona in 2017, but the East still holds an 11-7 advantage in the series which began in 2001. There was no game in 2011.

The brothers Howells started on the offensive line for the West, which racked up 375 yards — 205 on the ground. Light saw action on both sides of the ball, playing much of the first half at linebacker and tight end the second half.

“They filled me in wherever they needed me,” said Light. “It was pretty cool and great to play both ways. I’ll play anywhere just so I can get on the field.”

Light will be a preferred walk-on at Penn State.

“I’ll be going as a linebacker, most likely middle or Sam,” Light offered. “I’m excited because I love defense.”

This was the final football game for the Howells, who also will attend Penn State, but not as players.

“Being here with my teammates and brother for the last game was great,” Joshua Howells said. “I’m glad we came out with a win.

“I want to thank all my coaches, especially Homer DeLattre, my head coach, and all my teammates for getting me here.”

“It was a great experience,” Nathan said. “I’m happy to get the ‘W’ and have fun with all of the friends I’ve become close to the past couple of weeks.”

The game, like most all-star events, was dominated by the offense. There were six touchdowns in the second quarter — three by each team.

State College quarterback Tommy Friberg, also headed to Penn State as a preferred walk-on, tossed a 32-yard TD pass to Cumberland Valley’s Stone Huffman in the second quarter and shared QB duties with Williamsport’s Joe Fagnano, who passed for two scores and ran for another.

“It was awesome,” Friberg said of the experience. “It was a great team win and great to win for the West.”

Friberg completed 5-of-10 passes for 93 yards and gained 16 yards rushing on four carries.

Game notes: East led 28-24 at the half, but the West used a 17-7 edge in the second half to pull out the win. … York running back Dayjure Stewart was named the West’s most valuable player. He rushed for 124 yards and a TD on 12 carries. … Lower Merion QB Matt O’Connor was the East MVP. He was 6-for-13 for 186 yards passing and four scores. … Carlisle kicker Caleb Richwine booted field goals of 38 and 23 yards for the West. … Hollidaysburg’s Homer DeLattre was game director.