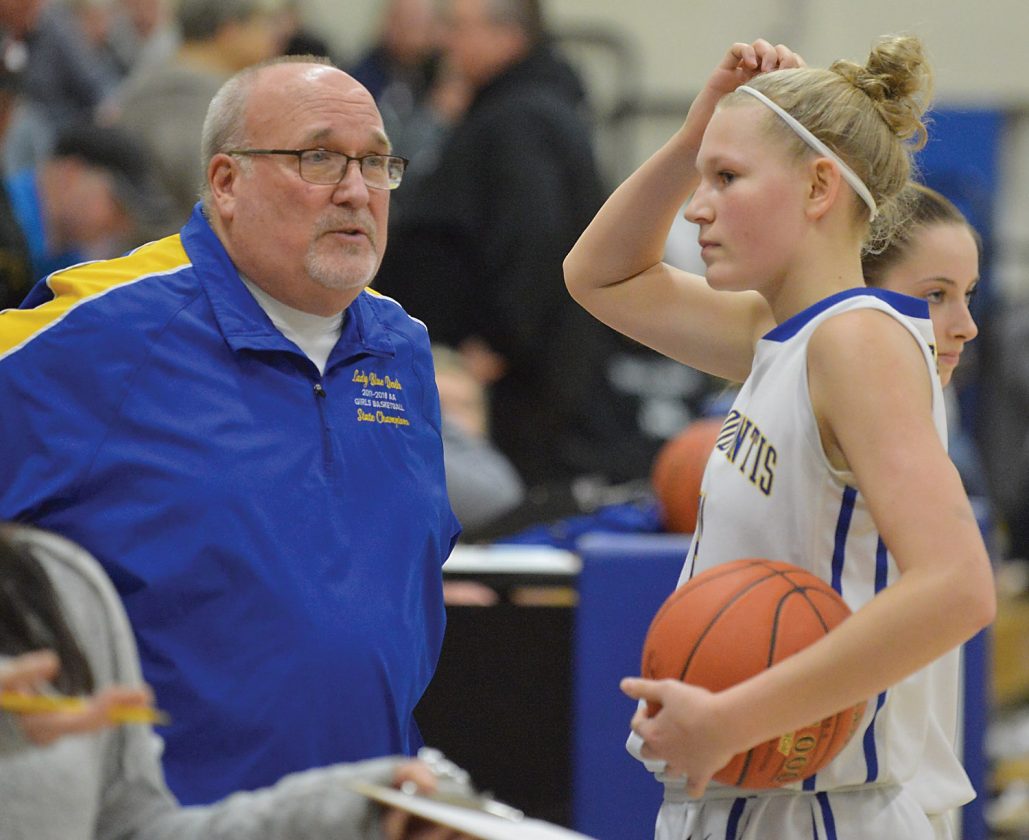 This is the sixth in a series of six feature

stories on the high school basketball teams from the Mirror’s coverage area that made it to the PIAA quarterfinals but had their seasons ended by the coronavirus pandemic.

Unfortunately, the trio did lose something close to their hearts this postseason.

Bellwood-Antis was fresh off a lopsided victory over Redbank Valley in the second round of the PIAA tournament and preparing for a game against Penns Manor in the quarterfinals. The Lady Blue Devils had experienced plenty of success against the Lady Comets the past few seasons and were feeling confident about their chances to get back to Hershey.

That’s when the coronavirus pandemic postponed and eventually canceled the state tournament.

“We didn’t even know. We were so happy winning that game against Redbank Valley and with Alli scoring her 3,000th point,” Leidig said. “Knowing now that was our last bus ride? It’s just sad.”

Bellwood-Antis started five seniors this season in Campbell, Leidig, Haralson, Macy Decker and Jaydyn Shuke. Another senior, Olivia Musselman, was one of the first players off the bench.

“I always had faith that we’d make it back to the state championship,” Campbell said. “I never lost confidence. No doubt was ever in my mind. I had faith in my team, and I knew we could make it back with the players we had as long as we worked hard. I believe we were still the best team in the state, no matter what, and I really wish we had the opportunity to prove that and win our third straight. I know we could have accomplished our goal.”

Campbell and Leidig were key players as freshmen who helped the Lady Blue Devils make it all the way to the PIAA semifinals before they lost to Bishop McCort. They never tasted defeat in the state playoffs again.

Haralson moved from the Altoona Area School District to Bellwood-Antis before her sophomore year, and she just happened to be the missing piece B-A needed.

“That summer, we started to mesh really well in the Hollidaysburg YMCA league,” Haralson said. “We knew we had some things to work on, but that we could be special together.”

Bellwood avenged a loss in the District 6 playoffs to Blairsville in the PIAA semifinals that next season before beating West Catholic for the school’s first basketball state title.

Last season, the Lady Blue Devils topped Juniata Valley for its only District 6 title during Campbell and Leidig’s four-year run before going on to win another PIAA championship over West Middlesex in a game Decker played a starring role with three first-half 3-pointers.

“Alli and Emilie went 16-1 in four years of state playoff games,” Bellwood-Antis coach Jim Swaney said. “That’s pretty good. That probably allows us to have the confidence that we did, but when you look at everything we were able to accomplish, the seniors were the driving force of everything we did.”

Throughout their run at attempting to become the first District 6 basketball team to win three straight state titles, the Lady Blue Devils did more than make history. They became role models.

“When I see all the elementary kids now, they come up to our seniors and take pictures of them and want to talk to them,” said Swaney, who also said he has no plans to retire. “They have made an entire generation of Bellwood-area elementary kids work toward being the next Alli Campbell, Emilie Leidig, Sakeria Haralson, Macy Decker and so on. That’s probably the biggest thing I can say for them. They are an incredible group of kids that I’m going to miss more than maybe any group that I’ve ever had in my life.”

Campbell is headed to Notre Dame and Haralson to Monmouth to play Division I college basketball. Leidig will be lacing her sneakers at Mansfield, but their hearts will always be connected.

“I’m really going to miss these girls,” Campbell said. “I have played with most of them since elementary school, and we’ve grown together as a team and become sisters. We’re a family. So, it’s going to be a lot different, but I’m excited for the new opportunities I’m going to have.”

And they will always have their legacy.

“I haven’t had a chance to fully process it yet,” Campbell said. “At this point, I believe these teams have made their mark on the Bellwood-Antis program and that we’ll forever be remembered as the best teams to come out of Bellwood. I truly believe that. This group of girls and this team is very special.”