Payne stepping down at Huntingdon after 10 years 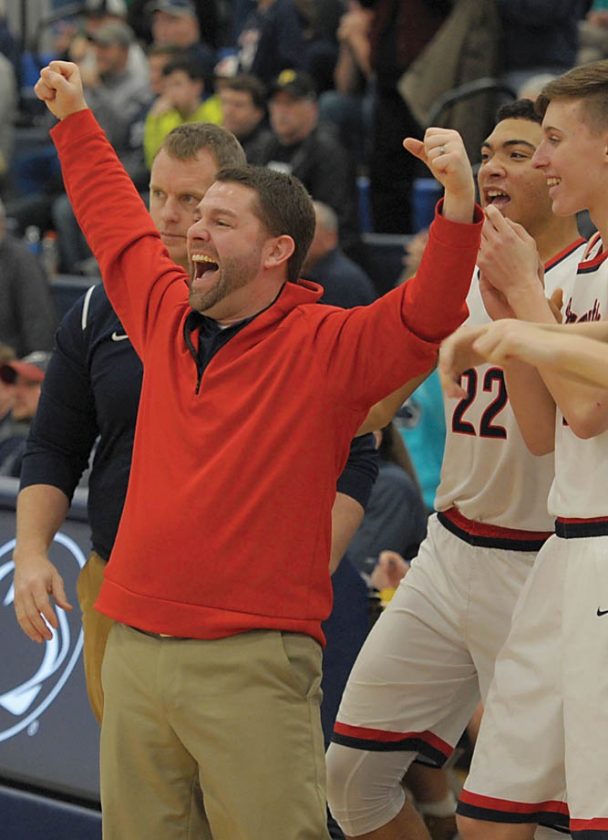 Payne recently announced that he’s stepping away from his coaching duties with the Bearcats following their season-ending loss to Hickory in the second round of the PIAA playoffs.

“My kids didn’t know I was done until we lost the last game,” Payne said. “I think a lot of them assumed I was done, because the rumor was out there.”

Payne spent 10 years coaching Huntingdon and led the Bearcats to the District 6 Class 4A title the past three seasons.

“Nick took over a program that needed some leadership and an identity and gave it just that,” Huntingdon athletic director John Bilich said. “He put a system in place that allowed his athletes to be successful. During his 10 years at the helm, he coached four of the program’s top five all-time scorers and consistently won a very difficult Mountain League. Yes, the athletes have a lot to do with that, but Coach Payne taught his athletes about structure, discipline, and demanded they play hard in all phases of the game. It’s definitely going to be difficult to replace the consistency and success that Nick and Toby (Mitchell) have brought to this program over the last decade.”

Payne was named Altoona Mirror Coach of the Year for the second time in three years on Sunday after his team rallied to beat Tyrone, 49-48, in the district title game.

Huntingdon won the title despite having to replace three starters from last year’s team.

“I knew we were behind to start the year,” Payne said. “Last year, we were ahead and able to experiment and put new things in. I had a lot of kids committed to playing basketball who were showing up consistently. But this past season, we came in and had lost quality basketball players like Nick Rigby, Owen Lane and Will Sulesky. We didn’t play as much together as a team in the offseason, and Jackson Ritchey was battling some injuries.”

The Bearcats got a boost from outside the program in the early stages of the season.

“We had to twist (senior) Rece Ritchey’s arm to come out,” Payne said. “When Jackson went out with his injury, a few days later Rece showed up to practice with his sneakers ready to go. That was huge blessing in disguise. I don’t know where we would have been without Rece being a part of the team this year.”

Huntingdon lost just three games this past season (including its playoff loss), a year after going undefeated in the regular season.

“Nick (Gearhart) and Jackson learned how to play with fouls,” Payne said. “That was important for us. If you go back at look at our regular season, our only two losses came when they fouled out.”

Bilich said Huntingdon is currently accepting applications to fill Payne’s position, but interviews are on hold due to the state’s stay-at-home order. He said the school is not planning to conduct phone of virtual interviews at this time.

“Whoever inherits this program will have an even more difficult time installing their philosophies due to the restrictions that are in place from COVID-19,” Bilich said. “Hopefully, we can find someone with the energy and love for the game, that Nick brought, to lead us for the next decade and beyond.”