Amy Hileman, part of Williamsburg’s tremendous run in girls basketball in the early 1990s, is returning to the program she helped bring so much success as the Lady Pirates’ new varsity coach.

Hileman was approved unanimously on Tuesday along with assistant coach Tracy Colbert by the Williamsburg School Board.

“It is a big deal for me. I played under Jeff and Lois Appleman during the early 1990s when it was a great time for Williamsburg basketball,” Hileman, whose maiden name is Hoy, said. “We won many championships. I graduated in 1993, and we were district champions and we were PIAA Western finalists.

“It’s definitely an honor to come back and try to get the same thing going. It’s always been my goal. Ten years ago, I started with the girls who are in varsity now in youth basketball. I’ve always wanted to bring back championships.”

“I think Amy will be a very good fit for the program having played on those very good teams in the 1990s,” Williamsburg athletic director Bob Hearn said. “She will do a great job for the program. She has experience as a player and has stayed close to the program throughout the years and worked with the younger players in the elementary program.”

Former coach Shannon McCall’s contract was not renewed after her second season ended in a playoff loss at Purchase Line.

Hileman had been on the school board, making her ineligible to coach a team at the school, until she resigned last month. Colbert had previously been part of the Williamsburg coaching staff from 1999-2004.

“I played with Tracy, she’s my same age,” Hileman said. “I’m excited to get a chance to coach with her, and we’re trying to bring things back to what we got to experience with a packed gym. It was a great time in Williamsburg basketball.”

Williamsburg went just 3-19 last season but has some talent on the way.

“The group coming up is my daughter’s age group,” Hileman said. “I have been working with them since pre-school and kindergarten. It’s a great group that loves the game. It’s definitely exciting, and I’m happy to be able to have the opportunity to work with them throughout their high school years, but I’m excited about the girls that are there now too and developing them into great players.”

The Lady Blue Pirates play in the same conference as back-to-back PIAA Class 2A champion Bellwood-Antis and Juniata Valley, which has made it to the state finals in two of the last three years.

“You have to face good competition to get to where you need to be,” Hileman said. “As we face the Bellwoods, the JVs and they are at the top of the game, you get better through competition with them.”

Matthew Hoover, the track and field head coach at Williamsburg, also had his resignation accepted at the meeting.

Jordan Griffith, a Hollidaysburg graduate who is also the Golden Tigers’ assistant boys basketball coach, is one ... 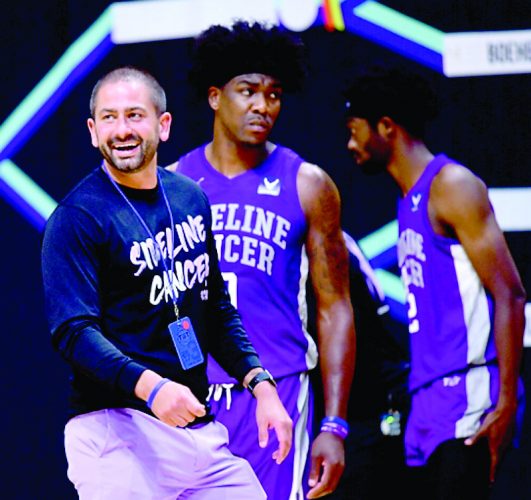