Mustangs give BC a scare 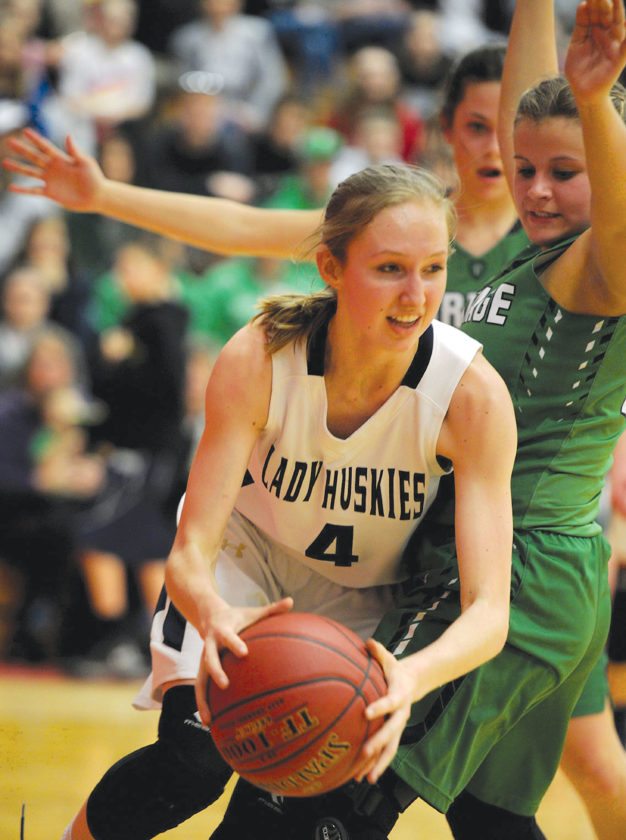 He found it on Monday in the Class 1A semifinals against a one-loss Bishop Carroll team, as the Lady Mustangs nailed six 3-pointers in the first half.

However, the effort wasn’t enough, as Bishop Carroll stormed back and took its first lead with less than four minutes remaining in regulation to pull out a 50-47 win.

Carroll will now face Juniata Valley in the district final at 6 p.m. Wednesday at Mount Aloysius College in a rematch of last year’s title game and PIAA semifinal clash.

“We’re a very proud program; when we play we expect to win — period,” Hudak said. “I don’t care if it’s the No. 1 team in the state or the worst team in the state. We were that close. As tough of a loss this is, I’ve never been this excited as a coach to get in the gym (Tuesday) and move forward. With an effort like this, we can beat anybody in the state.”

After a sluggish first quarter that saw a combined nine points scored, Kara Dividock sparked Portage with eight points in the second period, which included a pair of 3-point shots. The Lady Mustangs nailed two more 3-pointers and took a 24-16 lead to the locker room.

“I told them we weren’t playing up to our potential, it doesn’t look like we’re having fun, and we’re going to be in trouble if we don’t get on the boards and start taking care of business in the lanes,” Bishop Carroll coach Bob Gongloff said, recalling what he told his team at halftime. “It still took us until the third quarter until we did it, and there were a couple steals we got in the lane that I think made a difference,”

Paired with an upstart defense in the second half for Bishop Carroll was timely shooting. The Lady Huskies couldn’t hit a 3-pointer in the first half, but Adie Divido nailed two of her made 3-pointers back-to-back to start the third stanza. Alyssa Martinazzi also found her game in the third quarter after behind held scoreless at the half.

“I told her, ‘Shooters have no conscience, you have to keep shooting the ball,'” Gongloff said. “You shoot your way out of a slump; you don’t stop shooting.”

Martinazzi’s six points in the third quarter cut the deficit to four heading into the final frame, and she added 10 in the fourth quarter. Perhaps the biggest of her three points came after she was fouled with 3:40 to go in regulation on a 3-point shot. The senior connected on all three of her foul shots to give the Lady Huskies a one-point lead.

“I think the momentum from (Martinazzi’s) foul shots really got us going,” said Emily Kutskel, who finished with 14 points, six coming in the fourth quarter. “And it got something going in me that wanted to win that game so bad. I would have done anything to win that game.”

Bishop Carroll had a chance to seal the win with seven seconds left, but Alivia Borlie missed the front end of a one-and-one. The rebound was tipped several times, before a desperation shot just beyond half-court fell short for Portage, as the Lady Mustangs now must turn around and get ready for a consolation game against Saint Joseph’s to qualify for the state tournament.

Even though Bishop Carroll already qualified for the PIAA tournament with the win, the Lady Huskies look to sure up the defensive side of the ball after a strong drive-and-kick game plan allowed Portage to knock down open 3-point shots.

“There have been times we were tailing at halftime and we picked it up in the third quarter, but this is one of the first games that (we trailed going into the fourth quarter),” said Martinazzi, who finished tied with a game-high 16 points with Portage’s Dividock. “But I think it’s a good thing because it was a learning experience. We have to focus on defense and just play our game.”