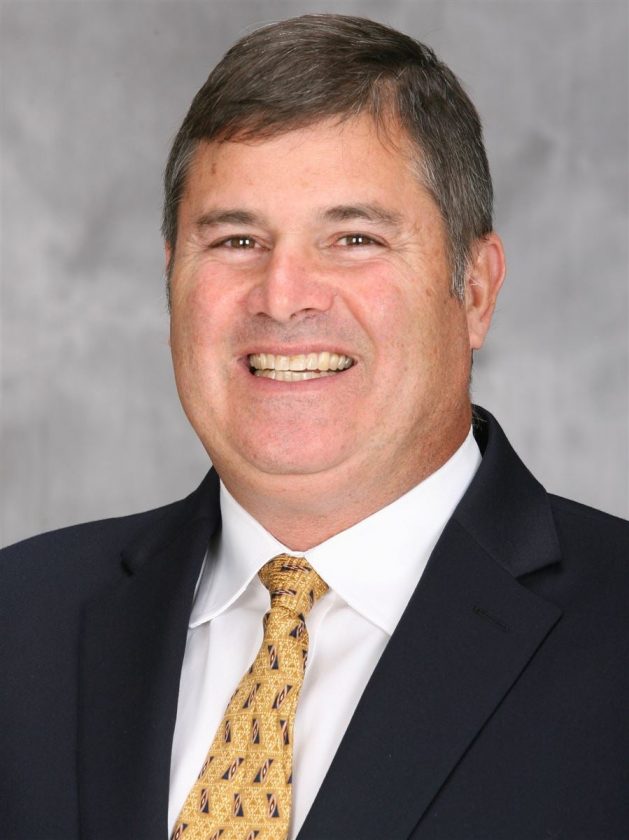 Penn State will have a new offense under Kirk Ciarrocca, and here’s what it will not be:

n It will not be Joe Moorhead’s offense.

n It will not be Ricky Rahne’s offense.

n It will not be Minnesota’s offense.

Ciarrocca will try to “blend” components of all those systems together to come up with something new, something to take advantage of the Nittany Lions’ weapons and something that can be explosive for an entire season against any type of opponent.

“When you have the right culture and the right direction and you get a group of guys together that have had all the experiences that our staff has had and you build something, that can be exciting,” Ciarrocca added. “I’m really excited about where we’re headed and the direction that we’re going, and I honestly can’t wait to see this offense in motion.”

For now, because of the coronavirus, Ciarrocca is having to teach the system to PSU’s players over video conferences. That comes with challenges, but the new coordinator seems to enjoy that challenge.

Part of the process involves teaching the players and then giving them quizzes about what they just learned.

“You can really kind of grade yourself as a teacher,” Ciarrocca said. “If the guys all bomb the quiz, then you have to look at yourself and say, shoot, I did not do a great job. … I’m really pleased with what we’ve been getting back from the players from a quiz standpoint, so they’re obviously grasping the material.”

Part of installing a new offense is all the verbiage and jargon that comes with plays and schemes. All of that is new at Penn State, and Ciarrocca said that if his former Minnesota players walked into the room, they wouldn’t understand the jargon being used by the Lions.

Ciarrocca oversaw a potent offense with the Gophers, one that torched Penn State’s defense in last year’s 31-26 victory in Minneapolis.

Quarterback Tanner Morgan was sensational in that game, completing 18-of-20 passes for 339 yards and three TDs. Morgan got rid of the ball extremely quickly in that game, negating PSU’s pass rush and using his excellent receivers to pick apart the Lions’ secondary.

Ciarrocca certainly will want to try and do a lot of that with Sean Clifford at Penn State.

One thing that will be different, though, is that Morgan almost never ran the ball for the Gophers. He had 61 carries for minus-57 yards rushing last season (including sacks).

Conversely, Clifford proved to be a much better runner than many expected, gaining 402 yards on 116 carries. Two years ago, Trace McSorley ran for 798 yards and 12 touchdowns.

One issue the Lions had, however, was that Clifford got banged up as the season went along in 2019, and his production dropped substantially the second half of the year. He also had to miss the regular-season finale against Rutgers because of the cumulative effect of all the hits he had taken.

McSorley was heavily relied upon in the run game two years ago and wound up with a knee injury that hampered his production.

Ciarrocca was asked how he plans to utilize PSU’s dual-threat quarterback attack while also keeping the signal caller healthy enough to get through a season and remain productive.

“We’d be crazy not to run our quarterbacks,” he said. “That’s one of the things that they do really well, and one of their strengths is their athleticism. So we’re going to continue to do that.

“I just think that you have to be prudent with it. How many times are you asking him to run between the tackles, that type of stuff, in a game? But it’ll be from game to game, depending on who we’re playing and what we need to do to give us the best chance to win the game.”

One difference, Ciarrocca noted, is how PSU’s quarterbacks are built to withstand more hits.

“I do understand that every time I ask (the QB) to run the ball, I’ve increased his opportunity or risk of an injury, that’s for sure,” Ciarrocca said. “But hey, it is part of the game. The one thing about these quarterbacks here, besides the fact that they’re athletic, I’ve really been impressed with with their work in the weight room and the way their bodies are built and how they look physically.

“They look different than Tanner did, they’re built a little bit differently to be able to take a little bit more of a pounding maybe than he could have.”

Ciarrocca was able to build a little bit of a rapport with Clifford on campus before everything was shut down, and he likes what he sees from the returning starter. The coach chats with all the quarterbacks individually once a week by video.