PSU to get Indy-Neb. winner 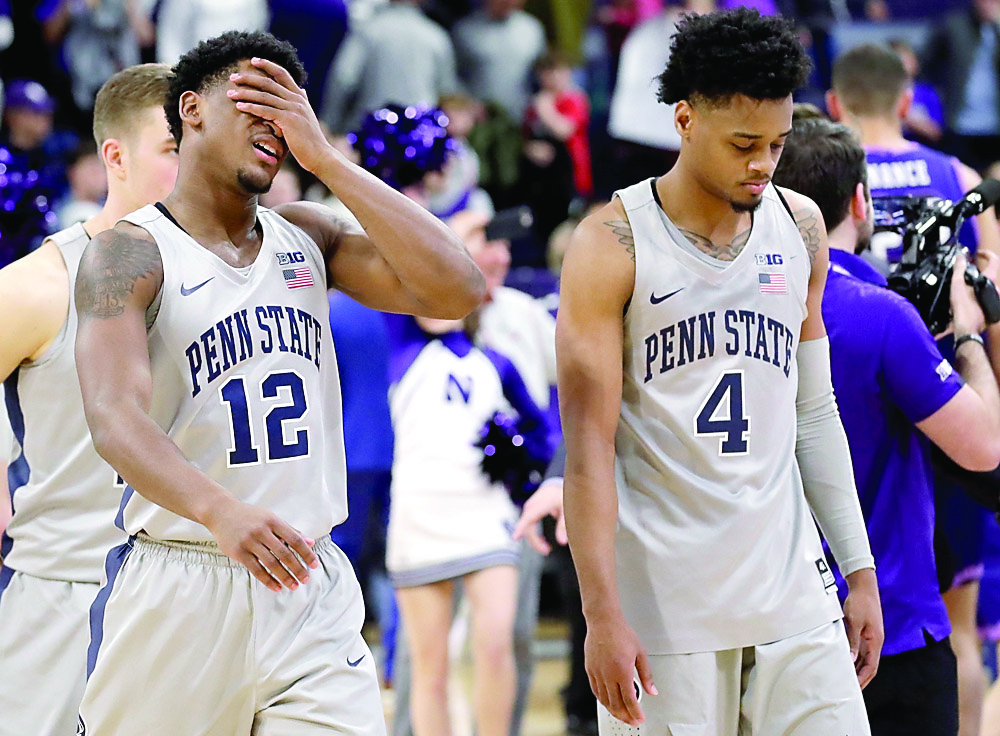 The Penn State men’s basketball team can finally put behind them the way they finished the regular season, by thinking about the Big Ten Tournament now.

The Nittany Lions, once ranked ninth in the country a month ago in the Associated Press poll but losers of five of their final six regular-season games, will open up postseason play on Thursday at 9 p.m. in Indianapolis. That’s because Illinois beat Iowa, 78-76, Sunday night to put the final format into action.

The tournament opens up earlier on Wednesday with Minnesota (No. 12) playing Northwestern (No. 13) at 6 p.m.

If Penn State gets Indiana, the Nittany Lions split with the Hoosiers this season, winning 64-49 at home while losing on the road, 68-60. If Nebraska would win, Penn State won, 76-64, at Nebraska in the only meeting between the two teams this season.

This is the Nittany Lions fourth-ever first-day tournament bye. It is their highest seeding since 2011. They were also No. 6 in 2009 and this is the highest in the Chambers era. Penn State is 14-22 in the tourney since 1998. Chambers has five tourney wins in his tenure at Penn State.

On Friday, Wisconsin, the No. 1 seed gets the winner of Rutgers-Michigan, Michigan State, the No. 2 seed, gets the Ohio State-Purdue winner, Maryland, the No. 3 seed, plays either Penn State or one of its opponents, while Illinois, the No. 4 seed, gets either Iowa, Minnesota or Northwestern.