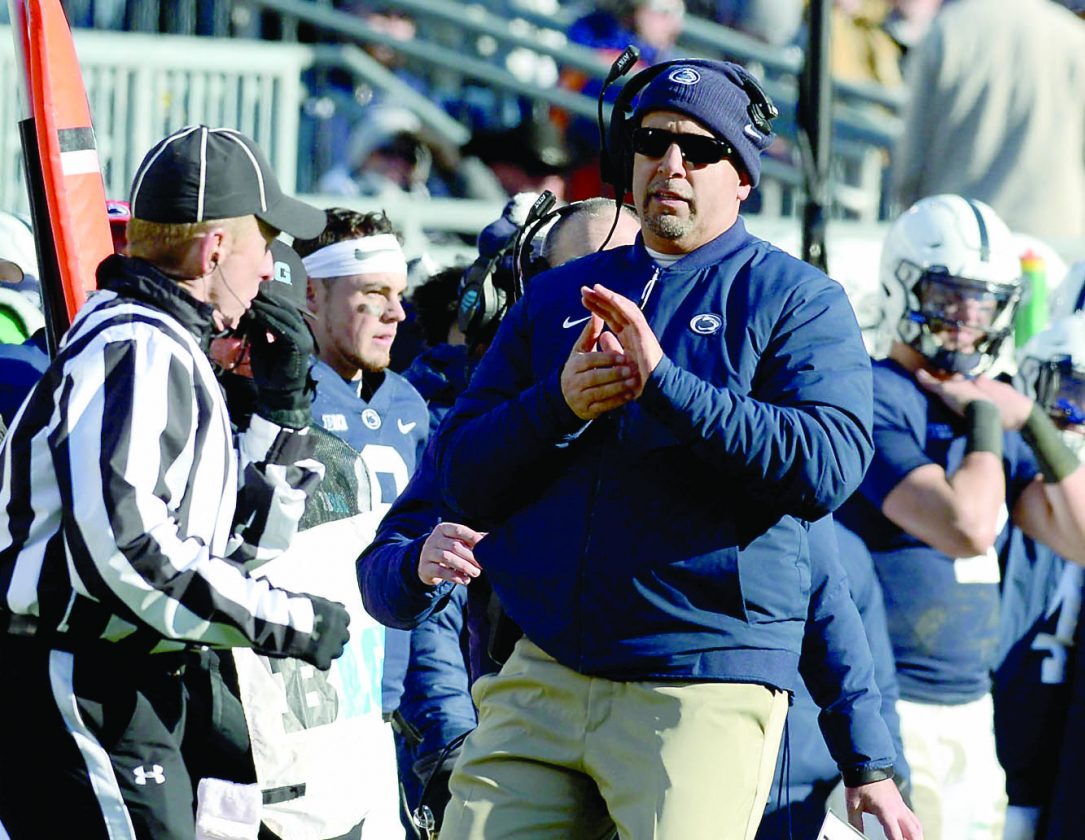 James Franklin’s daughter, Addison, celebrated her 12th birthday Wednesday, and the Penn State coach discussed how the coronavirus pandemic engulfing the nation and world hits home with his family.

“My youngest daughter has sickle cell (anemia), which is an autoimmune disease,” Franklin said Wednesday. “She’s got the full-fledged disease. So it hits home for us, as I know it does for a lot of families. So we’re very aware of that and trying to be sensitive.”

Franklin also is being very proactive to protect his family.

“Because of my daughter’s illness, we’ve been on lockdown from really the beginning,” the coach said. “It’s not something we’ve messed around with at all. We’ve been on total lockdown.”

Franklin addressed more than 50 media members Wednesday afternoon via Zoom, an online video conferencing service. He’s been doing a lot of Zoom-zooming lately, chatting for hours upon hours each day with his players scattered across the country, assistant coaches, football staff and Penn State officials.

Spring practice has been canceled across the college football world, and even bigger, PSU and colleges everywhere have sent students home to finish out the semester with online courses.

Football coaches, who are really CEOs in charge of a large business, still have to find a way to stay in touch with everyone in the program, and Franklin has tried to use the video conferencing to keep everyone on the same page.

At this point, it’s anyone’s guess when college athletes will be able to reconvene with their teammates.

To that end, Franklin is a big supporter of social distancing. Almost certainly in part because of his daughter’s safety — those with autoimmune diseases are at higher risk for serious coronavirus issues — the coach feels the country needs to take every precaution to make sure people are safe.

“I’m not a politician, but there’s part of me that would just like to lock the whole country down,” Franklin said.

Franklin noted he and his family are staying locked down in a condominium complex, doing everything they can with regards to social distancing. Even at the gym onsite at the complex.

A coach known for his famous line of “dominate the state” upon getting the PSU job told a comical story of how one guy keeps trying to dominate the gym.

“We won’t go in the weight room with other people in there,” Franklin said. “And so I took the 25-pound weights and brought them up to our condo because we couldn’t get in there, a guy was dominating the weight room for two hours a day.

“Then he left a nasty note in there. He said, ‘Whoever stole the 25-pound weights, could you bring them back?’ So then I wrote a little note that said, ‘Well, could you stop dominating the weight room for three hours a day?'”

Franklin discussed many elements of how the coronavirus is impacting so many things, from the logistics of staying in touch with everyone and trying to continue to improve as a football program during this time, to big-picture matters such as how Penn State’s athletic finances could be affected if football season is pushed back or canceled. (The Mirror will focus on his thoughts on all of those issues in the coming days.)

But even as he gave important updates on the Penn State football program that many people certainly want to learn about, Franklin repeatedly made a point of getting back to how sports isn’t really all that important at a time like this.

“This is much bigger than sports,” he said. “Obviously this is something that the entire world is dealing with, and sports obviously take a back seat to that. It seems kind of strange to be talking about sports when we’re dealing with such a more difficult challenge.”

One message the coach did want to get out is his belief the NFL draft, scheduled for April 23-25, should be delayed.

Doing so would give all the draft-eligible players more time to be evaluated by scouts.