Let’s face facts: For most of the 21st century, Nittany Lion hoop accomplishments have been few and way too far between.

Rudel’s referencing of the lofty achievements of the 1995-96 squad of coach Jerry Dunn caused me to reflect on other milestone teams in Penn State hoop history.

The first aggregation that comes to mind is the 1988-89 edition coached by Bruce Parkhill.

These upstart Lions showed flashes of brilliance in the “homey” confines of Rec Hall and then surged with a strong finish in Philadelphia at the Atlantic Ten Tournament.

Putting it all together, Parkhill’s Lions upset Rhode Island, and then defeated nationally ranked West Virginia, coached by Gale Catlett, before falling in the A-10 final at Rutgers.

For the first time in decades, Penn State advanced to the post-season with an NIT selection. After dispensing with Murray State at home, the Lions’ season ended with a loss at Villanova, which was led by Altoona’s own Doug West.

There was no NCAA bid, but it was a beginning.

Pundits often like to trash the NIT, but it sometimes rises in significance — like last season, for example, when PSU sat at home while neighboring Saint Francis University was competing in that same tournament. Go figure.

From that late 1980s era, do you recognize names like Tom Hovasse, Bruce Blake, Brian Allen, James Barnes, Ed Fogell and Monroe Brown to name a few? It was a good core.

Another Lion success story that could be compared to, and maybe emulated by, the 2019-20 club is Dunn’s 2000-01 team that ended up by winning two games in the Big Dance and advancing to the Sweet 16.

The oft-maligned Dunn doesn’t look so bad now, in retrospect, as we reflect back on the past 18 years. More importantly, Dunn was always a gentleman in every situation and a special ambassador for PSU athletics.

At season’s end, the 2000-01 Lions rolled over Michigan, Michigan State in the Big Ten tourney and Providence and North Carolina in the NCAAs.

The Lions’ run ended in Atlanta with a loss to Temple, a team they had beaten earlier in that season.

This Sweet 16 edition was led by 5-foot-10 point guard Joe Crispin, one of PSU’s most exciting players ever. He could handle the ball, drain 3-pointers and rarely missed a free throw — never in the clutch.

Titus Ivory was one of the Nittany Lions’ greatest defenders and could score inside and out. He played point, two-guard and small forward, sometimes all in the same game. No doubt, he was the team’s MVP.

Gyasi Cline-Heard became a legitimate Division I center through years of tribulation and hard work. As my good friend Tony Labriola once astutely observed, “The strong point of those Parkhill-Dunn years was player development.”

Tyler Smith was the consummate role player and the team’s solid anchor — a power forward who could score, pass, defend and rebound.

All teams can use a little character and spice. Enter Joe’s brother, Jon, whose lofting 3s from way beyond the arc helped sink Kentucky in the season’s road opener, an unexpected precursor of good things ahead.

Jon Crispin excelled when not battling himself, or his brother Joe, in an ongoing sibling rivalry. Without much depth, the 2000-01 unit reached its full potential and exceeded all expectations.

It spite of this year’s hoop revival, and Rudel’s excellent accounting of such, the Lion basketball tradition isn’t nearly in the same neighborhood as Penn State football.

By the way, how has Duke’s football team done in this century, or even UConn’s?

Penn State’s situation is not unique. Having noted that, PSU does have a great facility in the Bryce Jordan Center, it has a hungry, spoiled fan base that loves to win (i.e. football and wrestling), and a well balanced Big Ten with no super teams in 2020.

May this group of Nittany Lions follow in the footsteps of the few great Penn State teams of yesteryear and venture beyond them into uncharted waters. Hail to the 2019-20 Nittany Lions and continued success. 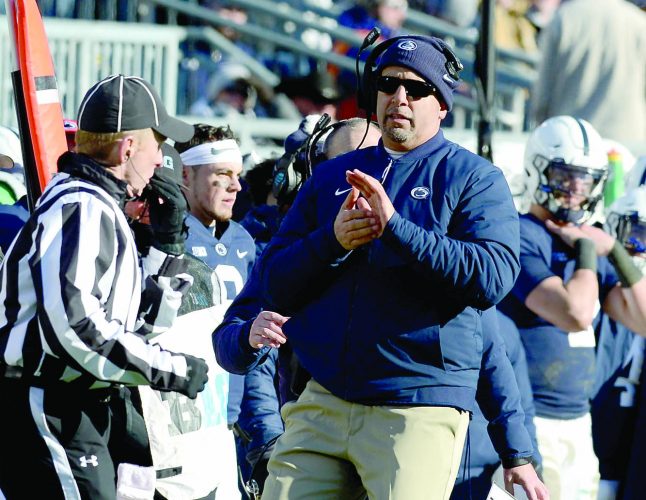 Penn State’s Stevens gets another honor

From Mirror reports There was a lot of crying and a lot of emotions for the Penn State basketball players when, ...