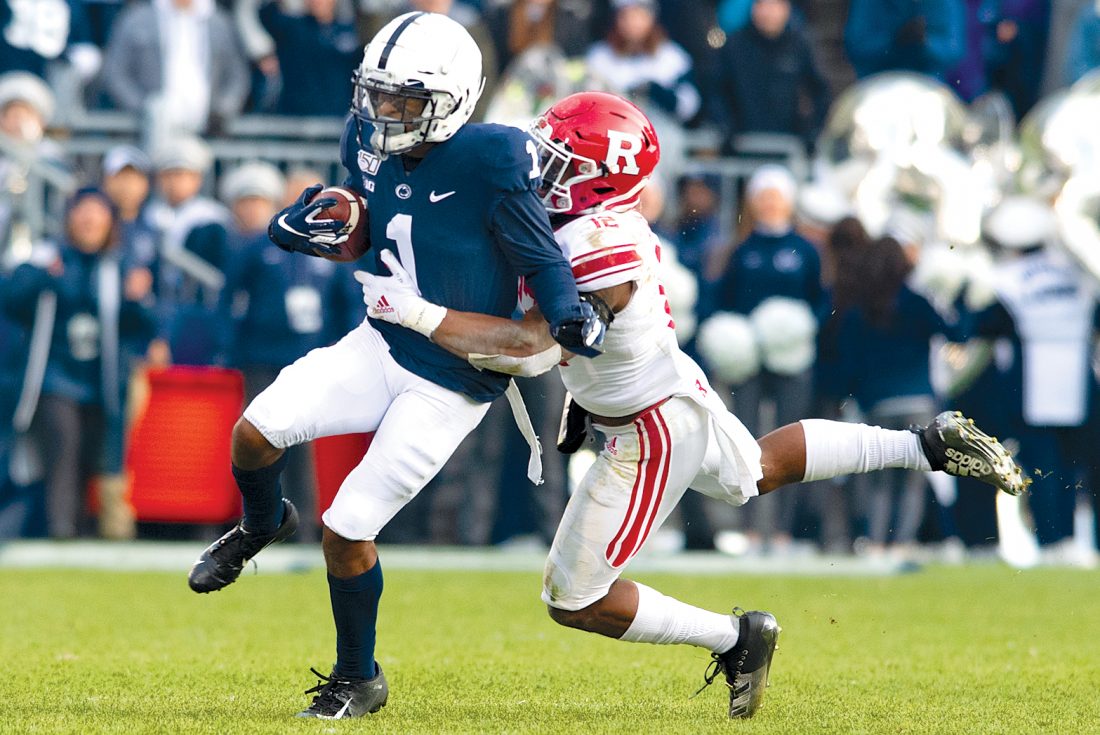 The Associated Press Wide receiver KJ Hamler was a major weapon on offense for the Penn State football team the last two seasons.

KJ Hamler wasn’t just Penn State’s best wide receiver the past two seasons, his production dwarfed that of every other wideout on the squad.

The Nittany Lions could have a difficult time replacing Hamler, who on Tuesday night announced that he’s giving up his final two years of college eligibility to declare for the NFL draft.

Hamler is rated as high as the No. 2 slot receiver and a top 100 prospect overall for the draft. He could be selected as early as the second round, making his decision to turn pro much easier.

“After much prayer and discussion with my family, I have decided to pursue my lifelong dream of playing in the NFL,” Hamler posted on Twitter.

He went on to write, “The past 3 years at Penn State have been nothing short of amazing. My time here has been an unforgettable experience and has prepared me for this next chapter in my life. For that, I will forever be grateful.”

Hamler (5-foot-9, 176 pounds) caught 56 passes for 904 yards and eight TDs this season. Jahan Dotson was PSU’s second-leading wideout with 27 catches for 488 yards and five scores, while all the other wide receivers struggled to make much of a consistent impact.

In two seasons, Hamler caught 98 passes for 1,658 yards and 13 TDs. He also ran for 87 yards on 17 attempts and was the primary kickoff and punt returner.

Dotson figures to be the Lions’ No. 1 receiving target next year. Once-heralded recruit Justin Shorter never came close to reaching his potential and is in the transfer portal, with strong indications that he’s heading to Florida.

“I would like to thank Coach (James) Franklin for recruiting and believing in me, and the entire coaching staff and training staff for taking care of me,” Hamler wrote. “A special thanks to Coach (Gerad) Parker for being more than just a coach, he has become my biggest mentor and father away from home.”

Cornerback Tariq Castro-Fields announced Wednesday night that he is returning to the Lions for his senior season.

“These past 3 years have been the best time of my life,” he wrote on Twitter.

“We have unfinished business to take care of,” he added, “and our unique brotherhood is something I’m not ready to relinquish.”