Hoosiers want to stay in Top 25 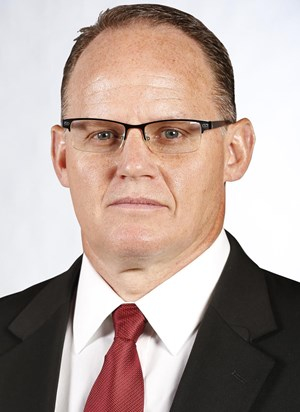 He quickly urged them to start a new one.

One day after No. 24 Indiana cracked the Top 25 for the first time in more than a quarter-century, the Hoosiers spent some time talking about what needs to be done so they can stick around a while.

“This is something we live for,” senior receiver Donovan Hale said. “This is why we came to Indiana, to try to change the program. We’ve got players that are super hungry and want to create change.”

Clearly, the Hoosiers (7-2, 4-2 Big Ten) have gone a long way toward doing that with this season’s resume.

Indiana last appeared in the Top 25 on Sept. 20, 1994. That weekend, the 25th-ranked Hoosiers lost 62-13 at No. 16 Wisconsin and didn’t return to the rankings until Sunday; the longest stint between rankings now belongs to rival Purdue, which hasn’t been in the Top 25 since 2007.

Allen never doubted it was possible but he needed to set smaller goals, first.

After taking over as the Hoosiers’ defensive coordinator in 2016, Allen set a seemingly unthinkable goal for the program — creating a top-tier defense. When Allen was promoted to head coach before the 2016 bowl game, he told everyone he believed the Hoosiers should be a Top 25 program.

But after finishing 5-7 in each of his first two seasons as head coach then losing starting quarterback Michael Penix Jr. to a series of injuries this season, the doubters figured the breakthrough year would be put on hold.

Allen never wavered, confidently explaining to players they could make it this year.

“I told our team in fall camp I thought they were a Top 25 team,” Allen said. “I’m sure nobody else would even have said that but we said that in the privacy of our meetings. I told them that. I believed it. I just said, ‘Guys, you’re doing what I expected you to do.’ “

Now the goals must be adjusted again.

Allen expects his team to prove it’s earned its ranking and can climb even higher as the Hoosiers try to add other achievements this season.

“Just because you get ranked one week, doesn’t mean all of a sudden you’ve arrived,” Allen said. “We want to build off the successes we’ve had this year and keep growing and getting better, realizing we have a lot of hard work ahead of us.”

Indiana also understands history is not on its side.

The Hoosiers are 0-10 all-time at State College and have lost 37 consecutive games against top 10 foes since a 31-10 victory at No. 9 Ohio State in October 1987. But few expected the Hoosiers to be here, snapping their Top 25 drought, after they were 3-2 in late September.

And now, while others around campus talk about bowl positioning and the possibility of playing in a January bowl game for only the third time in school history, the Hoosiers are focused on just winning.

Don’t be too eager to sit in the stands if your favorite team is lucky enough to open play over the next few ...

The Associated Press DETROIT — Webb Simpson is competing on the PGA Tour again after his family had a ...