Franklin has not picked QB 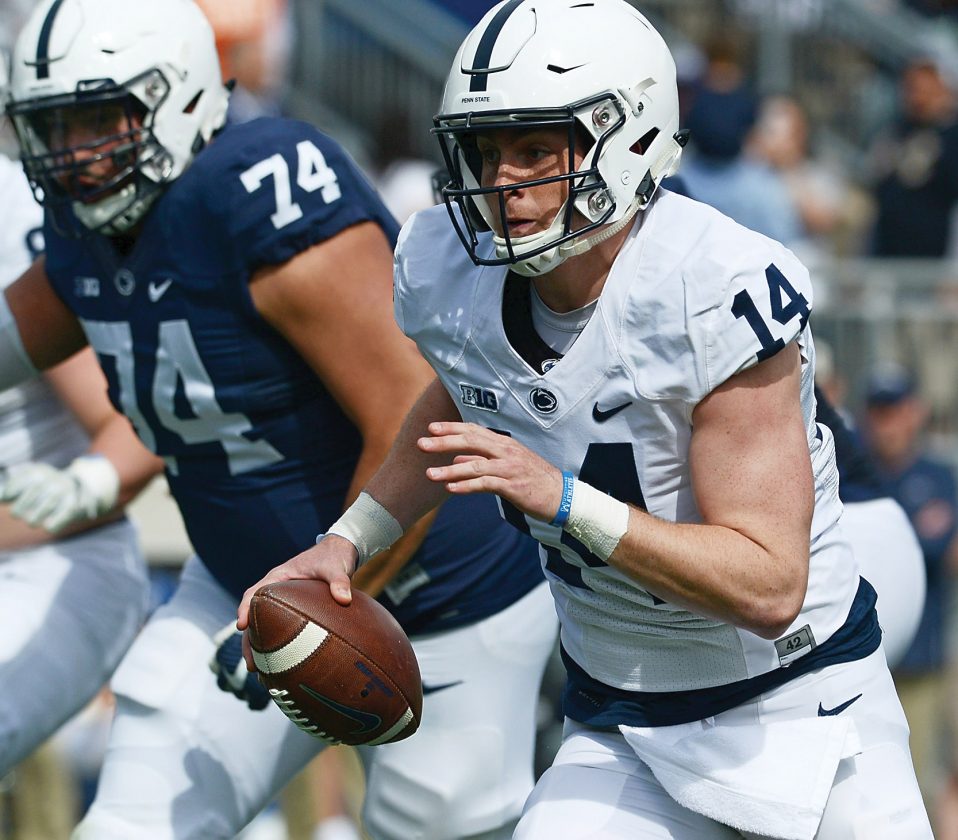 “We haven’t even talked about it, honestly,” Franklin said Tuesday night, in a video posted at gopsusports.com. “Swear to God, we haven’t even discussed it at this point.

“We’re obviously getting close to that, but we haven’t had a discussion yet. Not just on the quarterback, but really at any position when it comes to depth charts and rotation, things like that.”

Redshirt sophomore Sean Clifford would seem to be a shoo-in to be the Nittany Lions’ starting quarterback, but he has been competing in camp with redshirt freshman Will Levis. Clifford was the primary backup last season, and it would be stunning if he’s not named the starter.

“Sean’s probably gotten a little bit more reps with the (first team), but for us to do a true evaluation, Will’s gotten reps, as well,” Franklin said.

This is the final week of camp for the Lions, and next week will be game prep for the opener against Idaho on Aug. 31.

Franklin was asked if he’s waiting longer this year to name a starting quarterback.

“It’s not like we have a date marked on the calendar,” the coach said. “We’ve got a lot of things that we discuss and we’ve got to get covered. Really, it’s not like this is any different than any years past. It may be to you guys (in the media) in terms of when it was reported.

“It’s just really when offensive coaches and myself feel like it’s time, and we just haven’t really got to that point in any of the discussions. I do have a note written down to discuss first game rotation and depth chart, so it’s coming, obviously, pretty soon. But it’s not like we got any agenda, it just hasn’t happened yet.”

n Franklin said the coaches will name a third-string quarterback. Either Ta’Quan Roberson or Michael Johnson Jr. likely would be the choice. Both are true freshmen, and Franklin indicated he’d like to redshirt both of them if possible.

n Speaking of redshirts, players can now appear in four games throughout the season and still get a redshirt. Franklin said one thing he’d like to do with that rule this year is to hold out younger players early in the season, then play them in the four games at the end.

n Kicker Jordan Stout, a transfer from Virginia Tech, “has been awesome for us,” Franklin said. He appeared in all 13 games last year for the Hokies and was superb on kickoffs, with 60 of his 71 attempts going for touchbacks. “It’s funny, when these guys transfer, a lot of times it’s the new setting is the reason they’re successful. Well, another part of it with Stout coming, he’s a year older. So my meetings with him, he’s matured, as well. That factors into the success that he’s having for us right now.”

n The coach praised sophomore defensive tackle PJ Mustipher, saying, “His improvement from last season has been dramatic. It doesn’t surprise me because he’s a worker.” Franklin talked about how Mustipher was a wrestler in high school and how wrestlers usually have great work ethic. He called Mustipher “leaner, stronger, more explosive, quicker” than last year.

n Sophomore receiver Jahan Dotson came on strong late in his freshman season, and Franklin said he’s now “strong enough and explosive enough to be an every down Big Ten receiver.” The coach added, “He’s very, very confident, he’s got a really good understanding” of the offense.

n The Lions actually have already started game prep for Idaho, so they get to spend a little extra time on the opener. As for the rest of the time between now and then, “It’s about building confidence, it’s about starting to get their legs back and getting ready for Idaho,” the coach said.