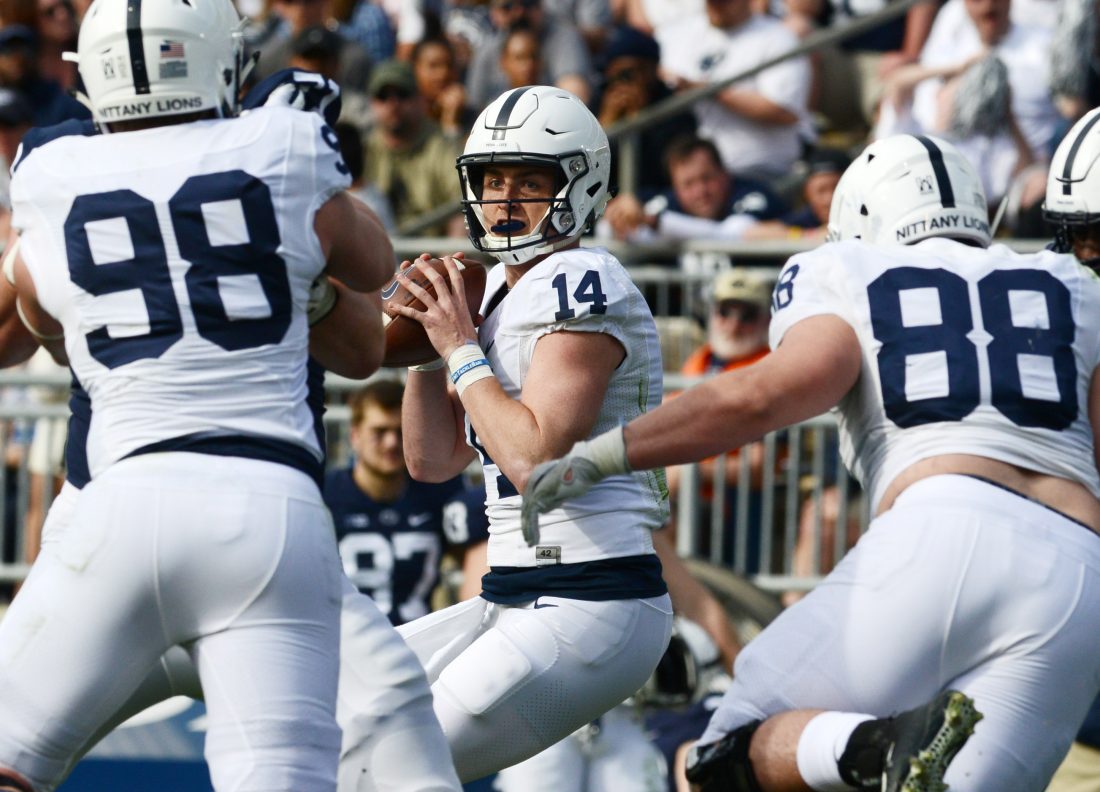 Those of you from the 1970s — much of the Mirror’s readership — may recall a Penn State tradition called “Gentle Thursday.”

Students would gather on the HUB lawn, bringing blankets and refreshments, to enjoy the dawning of spring and all that came with it.

There were good feelings all around, and it lasted about 10 years until the music got too loud, the partying left too much debris, and, apparently the final straw, when State College area high school students began detouring to the HUB.

This past Thursday was anything but gentle to the Penn State football program.

It actually started Wednesday with news that projected starting quarterback and fifth-year senior Tommy Stevens had entered the transfer portal, and 24 hours later, his father, Tom, had confirmed his son is leaving PSU.

In possibly the most stunning transfer in Nittany Lion history, there are no winners here and plenty of bruised feelings.

After admirably waiting four years for the seemingly coveted opportunity to be the Nittany Lions’ No. 1 quarterback, the Stevens camp was apparently chafed because James Franklin did not declare him the starter following Saturday’s Blue-White Game.

There’s one caveat: Stevens was not healthy enough to play in the game.

Since Franklin hasn’t commented on the latest development, and likely won’t, we’re only getting one side of the story, and that’s from Stevens’ father.

He’s used words like “rubbed the wrong way” and suggested Stevens “probably wouldn’t be welcome back” presumably following a contentious meeting after the Blue-White Game.

He implied his son was misled when Franklin said Stevens would have to compete with Sean Clifford in fall camp.

Franklin said in February that Stevens would be listed as No. 1 on the depth chart going into spring drills, and he has repeatedly heaped praise on the quarterback’s loyalty and potential.

At the same time, Stevens missed the Citrus Bowl due to a second foot surgery — which was done by an independent doctor after Penn State’s medical team performed the first surgery, which may have fueled a disconnect.

“It was never really fixed right the first time,” Stevens said April 11 before the Blue-White Game.

Consequently, he was limited this spring and didn’t play Saturday as a precaution.

Because Stevens has been injured or recovering from injury for much of the past year, you can’t blame Franklin for not announcing him as the starter.

But Franklin has preached loyalty, and it’s almost impossible for me to believe that Stevens – if healthy – would not have been the starter had he stayed.

And if he proved to be as good as Franklin has believed him to be, and that he and his father believe he can be, what’s the issue?

Did he lose trust in Franklin and Ricky Rahne? Did he not think he could beat out Clifford? Is ego getting in the way?

There are plenty of reasons — good ones — and appropriate times for kids to transfer. This is neither. If anything, it’s clear now Stevens should have excused himself a year ago.

Nonetheless, Penn State will still have a season.

This clinches the job for Clifford, probably elevates Will Levis to backup and will dent the quarterback depth.

In the big picture, most were figuring on another 9-4 type year even with Stevens. In that regard, this hastens the transition to Clifford and the 2020 timetable and avoids having three starting QBs in three years.

Stevens’ dad didn’t help matters by declaring before the Blue-White Game that if his son wasn’t the starter, he’d be leaving. (Penn State, ironically, had discouraged media from contacting parents directly with Franklin having to sign off on interview requests. That limitation, its timing ironic or not, was lifted last week in the wake of Stevens’ dad’s comments, and now stipulates that football contact Kris Peterson can make that call, apparently with parental input).

In this case, Stevens Sr. has been more than willing. But will his son benefit?

He was enjoying a respected legacy at Penn State and ready to show all he could do on this grand stage.

Obviously, the family is now working the phones, but it’s tough to imagine Stevens will find a smooth transition and an automatic starter’s ticket anywhere better.

What kind of message does any school, especially a Power-5 program, send to the rest of its team by bringing in the supposed starting quarterback in May and handing him a roadmap of the campus while calling a team meeting via Skype to introduce him?

That smacks of desperation, but no more so than walking away from everything a kid worked for on the eve of when it was all going to come to fruition.

Maybe Stevens will go light it up somewhere else. Maybe he’ll eventually get a pro shot. For his sake, I hope so.

Franklin had him practically even with Trace McSorley in the spring of 2016. Maybe that was to keep him around. If so, it won’t be the first fib a coach ever told.

Either way, no matter where he goes, Stevens has much to prove.

He seemed to be too anxious to split the pocket and run. He was moved to running back, or “Lion,” and last year, he dropped a swing pass/lateral against Ohio State that was designed to be a Stevens touchdown throw, then threw a bad interception/Pick-6 when the wheels were coming off at Michigan.

To be fair, those were cameo moments, and to fully access his ability, he needs the extended chance to get comfortable as the starter.

In all likelihood, that would have happened at Penn State, with everybody involved eager to find out about his resolve and how he would handle the very bright spotlight that comes with being the Nittany Lions’ quarterback and how good he really is.

And, unfortunately, on this not-so-gentle Thursday, maybe we did.