QB Clifford getting his reps 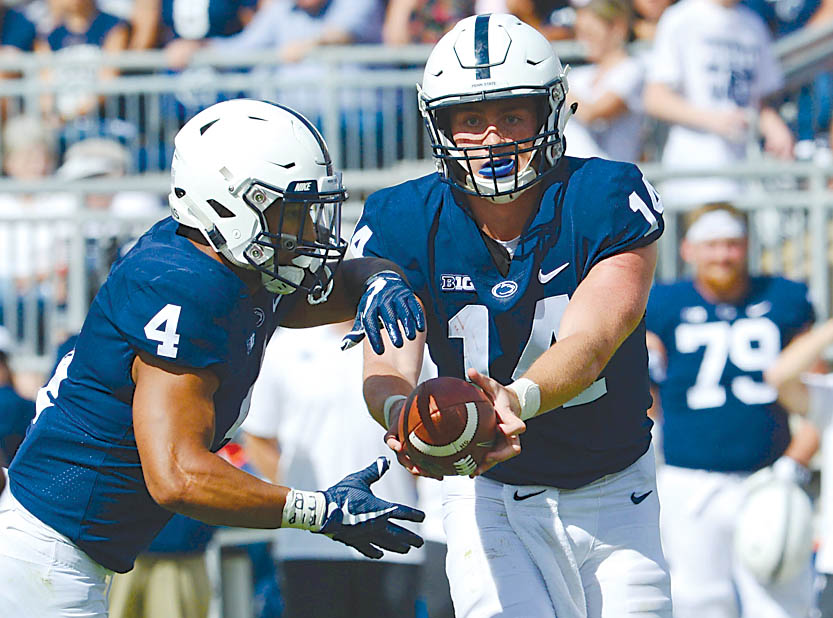 Sean Clifford knows who he is as a quarterback, and also who he’s not.

While Tommy Stevens is considered an excellent running quarterback who has to answer questions about his throwing ability, Clifford is viewed, for now at least, as the opposite. He’s considered more of the prototypical pocket passer who has to prove he can be mobile, as well.

Stevens is Penn State’s projected starter in the fall, but with him limited following surgery in December, Clifford has been taking most of the first-team reps this spring.

Clifford was asked to describe his playing style after practice Wednesday, and he mentioned how he’s been working on improving his mobility.

“I love passing the ball. That’s why I play quarterback,” Clifford said, in a video posted at gopsusports.com. “But I think that, personally, I’ve taken it upon myself because one of (the) biggest criticisms coming in was that I can’t move as well as other guys.

Clifford then delivered a funny line, trying to make sure people don’t get carried away with expectations about his running abilities.

“I’m not trying to be Mike Vick out here,” he said. “That’s not who I am. I’m Sean Clifford, I know that. But I’m definitely trying to add another dynamic of the game for me so that I can press defenses in different ways.”

Clifford could wind up being the starting quarterback to begin the season if Stevens isn’t fully healthy or if he struggles and Clifford just proves to be better. That would be a difficult decision to make, however, for the PSU coaches since Stevens has bided his time as Trace McSorley’s backup for three years.

But no matter who starts the season, Clifford should get opportunities to play and showcase his passing skills, which he did several times in mop-up duty last year.

Clifford, a redshirt sophomore, said he’s gone through a lot of changes during his career at Penn State. He came in weighing 185-190 pounds and is now up to 218. He also says he’s gotten a lot faster.

“If you look at me coming in freshman year, it’s a lot different than me coming in now,” he said. “I’ve put on weight, but I’ve also lost a lot of fat. So that’s a testament to our strength staff. … I definitely feel faster, coming out of the pocket, running in the run game.”

McSorley took all the first-team reps last year, and while Stevens was injured, Clifford got the second-team reps in practice.

Now, Clifford is benefitting from being with the first team every day this spring.

“(It’s) probably as big as you think it is,” he said of the importance. “Obviously it’s a lot faster. And with our defense — I would say is one of the best defenses in the country — it’s definitely a big step up.

“So it pushes my game to the next level and pushes all these who maybe didn’t get those reps last year, it pushes them to get better, as well.”

There’s a different feel for a football team, obviously, when it loses a starting quarterback. McSorley did so much for Penn State the past three years, but Clifford says the quarterback room is in good shape going forward.

“It’s definitely weird when guys leave, especially a leader like Trace,” Clifford said. “I think everybody who talks about Trace knows how big of a leader and how big of an impact he made for our program. So I’m not taking anything away from Trace when I say that our room, we miss him, but we were ready for that next step.

“That’s the biggest thing,” Clifford added, “to a big-name guy like Trace leaving is just loving what he did here, but keep on moving. That’s what elite programs have to do.”