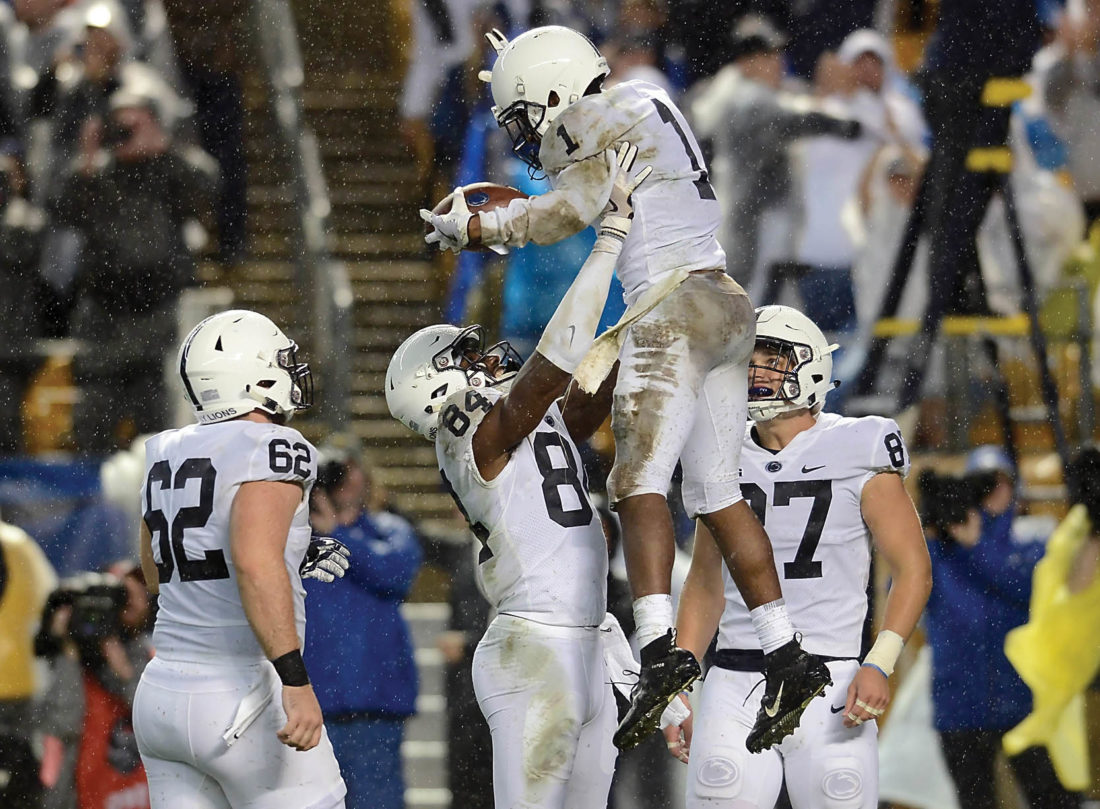 Remember that great Penn State victory at Ohio State in 2008? The Mark Rubin game, when he stripped the ball from Terrelle Pryor late and the Nittany Lions earned a phenomenal win that led to a Big Ten title.

Penn State comes into this year’s showdown at Beaver Stadium against the Buckeyes averaging a staggering 53 points per game. And the Lions rank just fifth in the country in scoring.

Times have changed drastically in college football when it comes to scoring, and Saturday’s game of the year in the Big Ten should be a prime example.

The over/under hasn’t been set yet, but it should be at least 80 and possibly close to 90.

Nothing about this week’s game will resemble the classic from 2008 at the Horseshoe, when PSU had a good offense but was still a defensive-oriented program.

Both teams struggled mightily on offense that night, and Pryor made a gigantic mistake trying to bounce outside when he could have just turned upfield and would have converted a third-and-1 from midfield with 11 minutes to go. Instead, Rubin forced the fumble, Tyrell Sales made a tremendous heady play knocking the loose ball away from Beanie Wells, and NaVorro Bowman recovered for PSU.

The Lions turned that turnover into a go-ahead touchdown and held on for the huge victory.

Last year’s meeting in Columbus was a shootout, with PSU up 28-10 and 35-20 at various points. The Buckeyes roared back to win, 39-38, scoring 19 points in the fourth quarter as J.T. Barrett completed his final 16 passes to rally his team.

Barrett humiliated PSU’s defense during the comeback and finished the game 33-of-39 for 328 yards and four touchdowns.

The same sort of thing very well could happen to the Lions’ defense this time around. Barrett is gone, and the Buckeyes actually have a better passing quarterback now in sophomore Dwayne Haskins.

Through four games, Haskins has completed 75.7 percent of his throws for 1,194 yards, a whopping 16 touchdowns and just one interception.

It’s not just that Haskins is a very good passing quarterback. It’s that Penn State’s defense looks ripe for the picking by a Buckeye offense that also has an excellent line and great running game.

Ohio State will score a heaping helping of points Saturday. Bank on it.

Penn State will have to do the same to win, and there are many reasons to believe the Lions will be up to the task.

The main reason is obvious: Trace McSorley. He’s just so clutch, and even though he’s completed only 53.8 percent of his passes, he should be able to find holes in Ohio State’s defense with his arm and legs.

Miles Sanders, coming off a 200-yard rushing game, looks like a superstar in the making, and he’s running behind Penn State’s best offensive line since the 2008 Rose Bowl team.

A big key in this game will be PSU’s receivers. There’s a lot of talent, certainly, but will Juwan Johnson, KJ Hamler and company be able to get separation against the best defenders they’ve faced — by far — this season?

Another key Saturday will be Penn State offensive coordinator Ricky Rahne. This is still only the seventh game of his career to be calling plays, and while he’s done an excellent job in most situations this year, everything — every single play — will be magnified in a game like this.

Hey, I love offense. In every sport. So personally, I can’t wait for this game because it should be an electrifying, back-and-forth slugfest between two teams that have great systems and the right personnel to light up scoreboards.

What’s funny, though, is that often in high-scoring games, there’s usually at least one big defensive or special teams play that turns the momentum or winds up deciding things.

If Penn State needs to come up with such a play, it would be fascinating to see which guy is up to the challenge, such as Rubin was in 2008 or Marcus Allen and Grant Haley were on the blocked field goal and TD return two years ago.