PITTSBURGH — Joe Musgrove scattered two hits over six innings, collected his first double of the season and scored on a textbook head-first slide to beat a throw by Philadelphia right fielder Bryce Harper and lead the Pittsburgh Pirates to a 5-1 win on Saturday night.

Musgrove (7-8) tied a season high with eight strikeouts, walked two and allowed only an unearned run in the sixth to win his third consecutive decision.

Batting just .133 this season, Musgrove opened the scoring by doubling with one out in the third off Zach Eflin (7-10), then racing home ahead of a strong throw from Harper after a sharp single to right by Bryan Reynolds.

Starling Marte went 3 for 4 with a pair of doubles and an RBI for the Pirates. Corey Dickerson added two doubles and an RBI as Pittsburgh won for just second time in its last eight games on a night the franchise honored the 40th anniversary of the 1979 team that won the World Series.

This year’s group is unlikely to follow in the footsteps of Hall of Fame first baseman Willie Stargell and All-Star outfielder Dave Parker, but received a needed jolt from Musgrove while trying to emerge from a post All-Star break funk that has dropped them off the pace in the NL Central.

The Phillies managed just three singles against Musgrove and three Pittsburgh relievers to fall to 4-5 since the All-Star break.

Eflin, who entered with just one victory in his last six starts and a 13.00 ERA in July, ran into trouble in the third and drop to 2-7 on the road. Reynolds came home on Marte’s first double of the night and Marte raced across the plate on a soft single to center by Josh Bell to give the Pirates an early 3-0 lead. 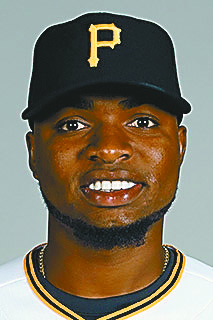