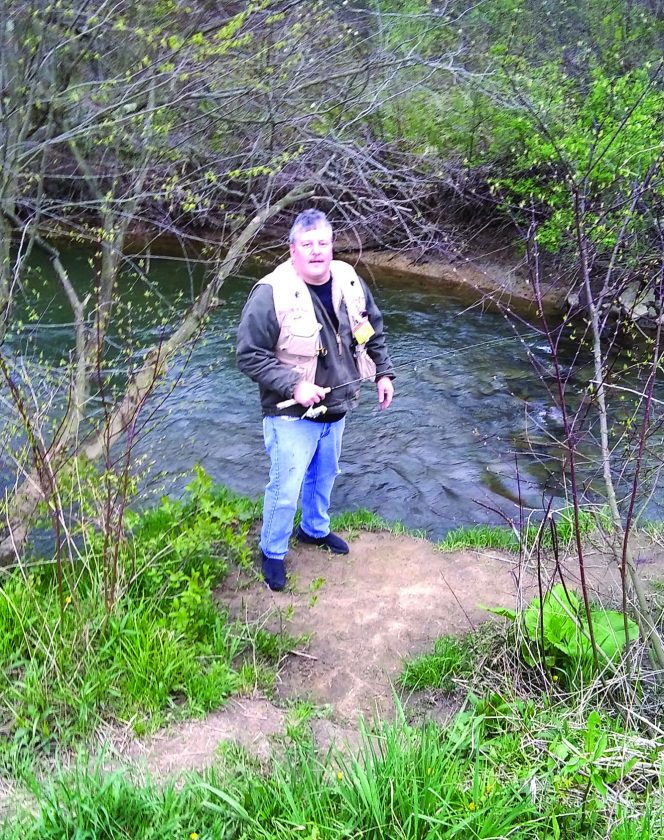 CLAYSBURG – Thousands of people line streams across the Commonwealth of Pennsylvania each spring to fish for trout.

But not everybody keeps what they catch.

For various reasons, it has become fashionable to release trout back into the water once they’re caught. Some fishermen merely relish the sport of fishing for trout in and of itself, and the challenge of catching them is the primary motive for a day astream.

Still other fishermen release trout in order to spread the wealth and give themselves and their fellow anglers a greater opportunity to catch more fish.

Whatever the reason, returning trout to the streams from which they’re procured has become a popular practice for many fishermen.

“When I do catch them, I throw them back, because I don’t eat them,” said Randy Weyandt, 63, of Claysburg, during a recent fishing trip to Beaverdam Creek. “I’ve been doing that for years. Most of the guys I know throw them back. There aren’t too many people who eat them.”

Weyandt said that he’ll occasionally keep some trout for friends who are interested in having a fish fry.

“If somebody wants some fish to eat, I’ll keep a couple for them,” Weyandt said. “I just like to catch them.”

Jack Burkett, 80, of Imler, who was also fishing at Beaverdam Creek the same day as Weyandt, generally releases his catch as well – except for the occasional trophy trout.

“If I catch a real big one, I’ll usually keep that one,” Burkett said. “(Trout) aren’t the best fish to eat, but I do eat them from time to time.”

Both Weyandt and Burkett like to put their fish back into the water so that there are always some left to catch.

“I do it so that if I come back fishing, I want to catch a fish,” Burkett said.

“I do it so you can catch them another day,” Weyandt said of his catch-and-release practice. “It’s just fun catching them.”

Not everybody buys into that theory, though. Dave Myers, 57, lives in the Philadelphia suburb of Soudertown and journeyed west earlier this month to fish Bobs Creek near Pavia, where his brother owns property.

Myers generally participates in salt-water fishing for catch like flounder and fluke in Delaware, but decided to purchase a Pennsylvania trout license and trout stamp for the first time in his life this spring.

He said that he would keep any trout that he catches.

“Most people I know catch and release, but I tell them that you spend a lot of money ($32.80 this year) for a license and trout stamp, so I say, ‘Bring (the trout) home,”’ Myers said.

Many trout that are stocked in area streams each year also don’t survive the hot summer months, Myers pointed out.

“If they’re going to go belly-up and die anyway, you may as well keep them,” Myers said.

Ray Bopp, 56, of Carrolltown, an employee with the Blair County Highway Department who was recently fishing at Canoe Creek, has a compassionate view about the trout that he catches. That’s one of the reasons that Bopp always releases every trout that lands on one of his hooks.

“I release them all, I put them back,” Bopp said. “I just really don’t like to eat them. They’re a beautiful species, and I don’t like to hurt them.”

Trout are extraordinarily resilient fish, but a trout may occasionally take a hook in such a way that it’s likely that the fish won’t survive the impact. In that case, Bopp will keep what he catches.

“If it’s bleeding, and it’s going to die, I’ll keep them,” Bopp said. “But (otherwise), I’ll usually do whatever I can to return them.”