Not thrilled with the sniper plan

The spectre of CWD haunts every deer hunter in Pennsylvania.

Opinions are flaring in every direction. Some time ago, it was brought forth that the only solution to wiping out CWD was bringing in snipers to shoot the deer found in the heavily infected areas of the state, namely Blair, Fulton and Bedford Counties.

An uproar ensued as was expected. The hunters did not want these sharpshooters coming in and wiping out the deer herd. CWD or not, best solution or not to keep it from spreading, we want to see deer when we are in the woods, they spouted.

So politicians began to voice their solutions. One of these solutions making the rounds right now is that hunters in these affected counties be given longer seasons, allowed to hunt does and bucks in the same seasons, to offer an increased number of antlerless licenses to hunters and rescind antler restrictions in the disease areas.

I don’t know if this idea will gain ground but frankly it seems like a thinly disguised version of the sniper plan. Both are designed to kill more deer, which, they say, will slow the spread of this disease. But this way, hunters will do the shooting instead of sharpshooters. Same result, however.

Almost every publication I pick up has articles and ideas of how to rid ourselves of the plague of the Lanternfly. A beautiful — looking insect, from Asia, which somehow got here is a desperate threat to our yards, gardens, fruit trees and grape arbors.

The only solution, the experts tell us, is to totally exterminate them from our environs. Same solution as for the deer. I read this week about several landowners who are having great difficulty trying to eliminate the Lanternfly from just their own land. Having to kill them one by one is a tiresome task.

Since I have a lot of flowers and berry bushes on my small piece of turf I patrol daily looking for these pests but have not found any.YET!

Sometimes Mother Nature serves us up things we just cannot figure out and extermination seems to be the only answer. When it is an insect, we will devote ourselves religiously to this task. But when it is ” brown-eyed beautiful deer” we will not partake of that solution.

Season for Grouse hunters opens Oct. 19 statewide but hunters of our state bird are also facing a population decline brought on by the mosquito-borne West Nile Virus.

Grouse are at the top of desirability scale for eating but this year, will you take the chance?

Whatever you are hunting when in the woods, wherever you are, when a distinctive sound reaches your ears, you usually stop to listen in appreciation. Few things equal the rumble of a grouse drumming.

There’s something special about that feeling you get in the grouse woods, that moment when you pause and can’t quite hear anything, but actually feel something thumping in your chest (besides your heart).

Finally it becomes clear that it’s actually a grouse drumming from a hundred yards away. Drumming is done by male grouse as they beat their wings from an elevated log, stump, rock, or other platform.

Contrary to what many people believe, they’re not hitting their wings against their breast — it’s actually caused by the vacuum of air left behind from their rapid wingbeats.

Iremember well a half a hundred years ago when I heard the sound of a drumming grouse for the first time. “Do you hear that?”my hiking buddy asked me.

“Do you mean that sound?” I replied, “It sounds like a farmer starting up his tractor.” I would later learn that many people mistake their first time hearing a grouse drum for a tractor coming to a sputtering start.

I also learned in the years that passed how dreadfully difficult it is to get a good photograph of a grouse on his drumming log doing his mating call. I have never been able to pull it off and those I know who have gotten good pictures spend enormous time and effort to do it. But it is one of the wildest natural sounds to be heard in Pennsylvania’s woods and always makes me stop in my tracks to listen. 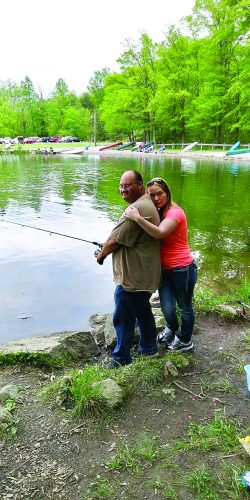 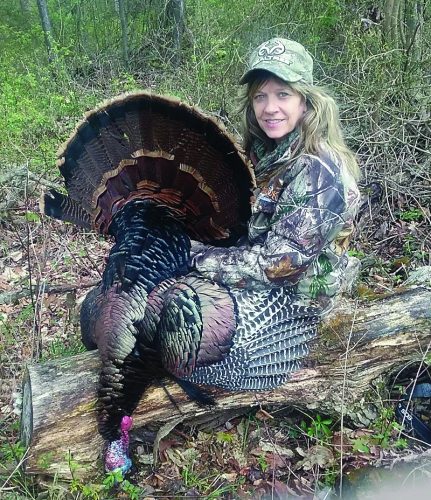