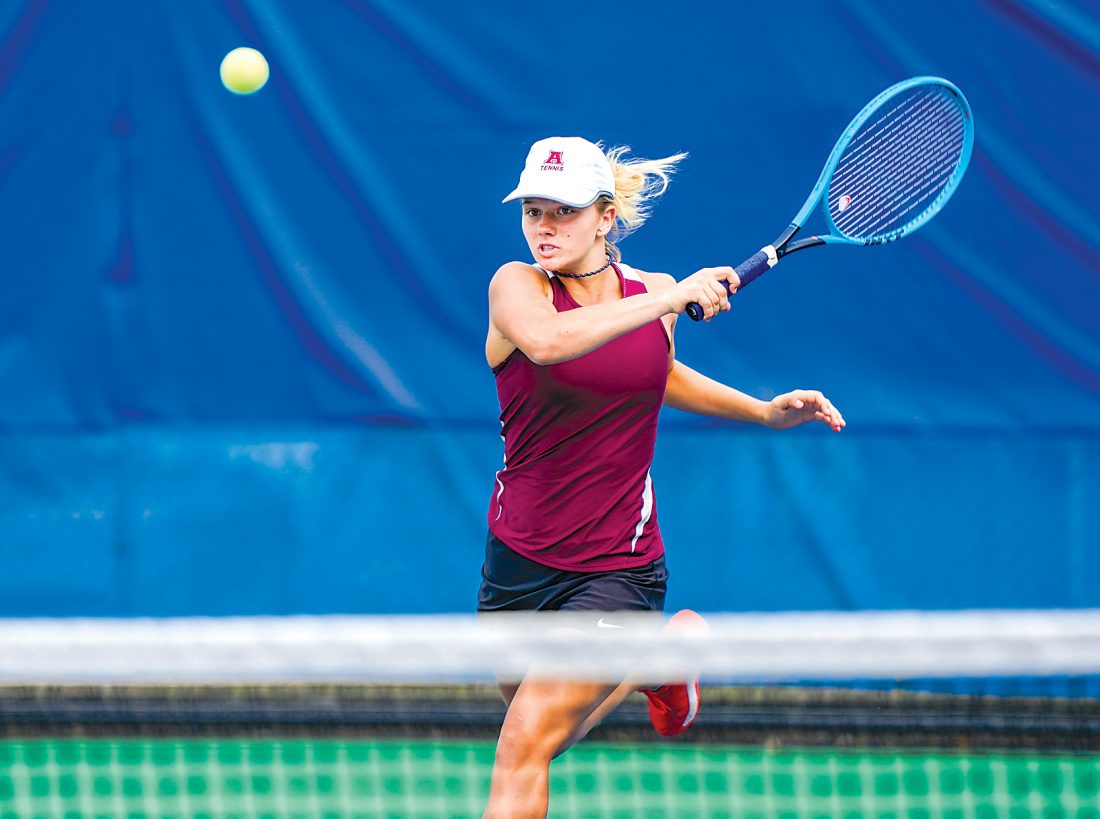 Editor’s note: This is the third of eight awards leading up to the Mirror’s male and female athletes of the year announcements.

Altoona Area High School’s Alese Rinker enjoyed many triumphs on the tennis court her senior season, and many of those could have been attributed to her motivation to do well for her late brother, Cole.

Cole Rinker tragically died in a traffic accident on Aug. 23, 2017 when he was 18 years old, just before his senior year of high school. Cole was a standout tennis player for Bishop Guilfoyle Catholic, helping the Marauders win a District 6 team title.

At the time, Alese was beginning her sophomore year at Altoona and was in Hershey with the Lady Lion tennis team when the accident occurred.

“I think when you deal with something as difficult as that, it gives you perspective on what’s important in life,” Altoona tennis coach Eric Hovan said. “When you look at the grand scheme of life, a tennis match is not as important. To experience something so tragic and difficult, it might have helped her to be able to get through some tough times. I know part of her wanted to win for her brother as well.”

Rinker ended up going 17-5 as the No. 1 singles player for Altoona last fall. In addition, she won the District 6 Class 3A singles championship and also led the Lady Lions to the District 6 3A team championship. Rinker was awarded the fourth-annual Herb Faris Award, selected by the Mirror and given to the region’s outstanding tennis player for the school year.

“It was hard to focus on both (tennis and Cole) for every point during every match,” Rinker said, “but after a win, I’d say, ‘this is for Cole.’ He was there with me.”

Rinker said she got involved in tennis at an early age because her mother, Jennifer Holsinger, played. Alese and Cole took tennis lessons from Matt Stopp and many times competed against each other while also playing together in mixed doubles tournaments.

“He definitely pushed me,” Alese said. “We were always competitive, and that definitely helped me.”

“When she entered our program, it came when there was a really special group of seniors who were great role models for the younger kids,” Hovan said. “Alese followed in their footsteps by providing that role model for our very young team last year.”

Rinker’s game improved significantly from her junior to senior seasons. She said much of that was due to her maturing and learning how to construct points better.

In her district singles championship win over teammate Morgan Stevens, she battled back from being down 4-1 in the first set to win, 6-4, 6-0. The first set lasted nearly 2¢ hours.

“She became such a cerebral player,” Hovan said. “She was very good at frustrating her opponents, getting the ball in play and having a will to win. She learned how to grind out wins.”

Rinker will continue her tennis career at Bloomsburg University where she also wants to compete for its equestrian team. She plans on studying criminology and business and has also signed up for the Army National Guard. Eventually, she would like to be a canine police officer.