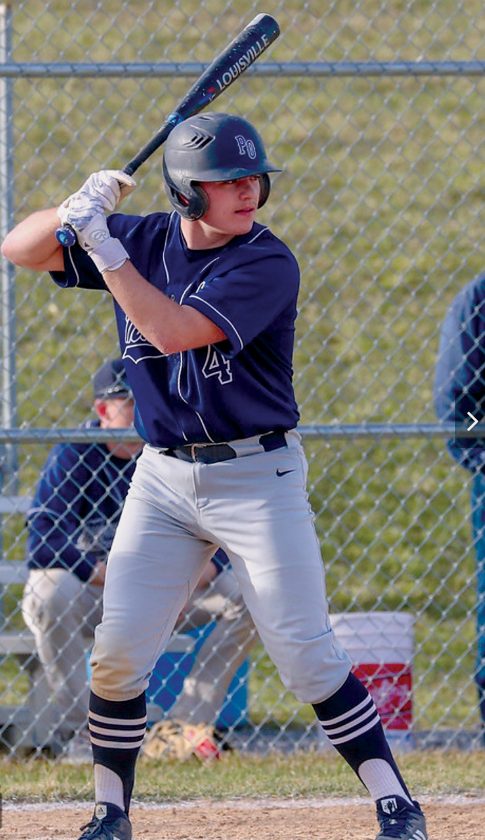 Senior Salute: The Mirror is recognizing some high school senior spring sports athletes who missed out on their final scholastic seasons due to the COVID-19 pandemic.

When Philipsburg-Osceola’s high school baseball season was canceled due to the COVID-19 pandemic, it appeared as though Keegan Soltis would have to go through the pain of his lost season alone.

Soltis was the lone senior returning from a team that made it to the District 6 Class 3A championship game and defeated WPIAL champion Steel Valley in the first round of the state playoffs.

“There was like six or seven of us, and then the first year of varsity there were three and then the other two stopped playing,” Soltis said. “It’s different being the only guy that’s been there for four years, but I was ready to step up and be a leader to the younger guys.”

The school took steps to make Soltis and the other seniors in his class feel special, however. The Philipsburg-Osceola baseball booster club produced virtual baseball cards for Soltis with his career statistics and achievements, and former NFL player and P-O graduate Jon Condo sent in a video message to the 2020 class.

“It was very difficult to take,” Soltis said. “Last year was fun, and we wanted to do it again. We wanted to get back to that district championship game and win that. It’s out of our control, though, so it is what it is.”

Soltis hit .345 as a freshman, and his average went up significantly each season. As a junior, he hit .500 in the middle of the Mounties’ lineup, drove in 30 runs and scored 20 more to go along with six home runs. For his career, Soltis finished with a .422 average, 59 RBIs, nine home runs and 79 hits.

“Keegan was on pace for sure to get 100 hits in his career,” P-O coach Doug Sankey said. “Depending on how well we did, he may have had a chance at getting the career hit record for the school. It’s somewhere between 112 and 115, so he would have had to have a really strong year, but it would have been nice to see him go for that.”

Soltis did all that despite missing three games his junior year due to a foot injury. He broke his foot again this year while training for basketball season after being part of a District 6 champion golf team in the fall. Soltis missed the entire basketball season but was cleared two weeks before the baseball season was supposed to start.

Now, Soltis is preparing for the next chapter of his baseball career — at Division II Millersville.

Soltis was named to the first team of the Mirror All-Star squad and has made the first team in the Mountain League the past two seasons as a third baseman.

“He was one of the best third basemen I have ever had,” Sankey said. “He was a really strong defensive player, too. As strong as an offensive player as he is, his defense could be overlooked. But he could really play, and he is a smart baseball guy.”

Soltis said the best memory of his high school career is hitting the go-ahead home run off Wake Forest-bound Adam Cecere of Forest Hills in the D6 semifinals last year.

“He’s such a clutch hitter,” Sankey said. “It’s hard to look back on one or two spots, but as far as a coach, I try to stay pretty even keel. But that home run (against Forest Hills) was pretty exciting.”