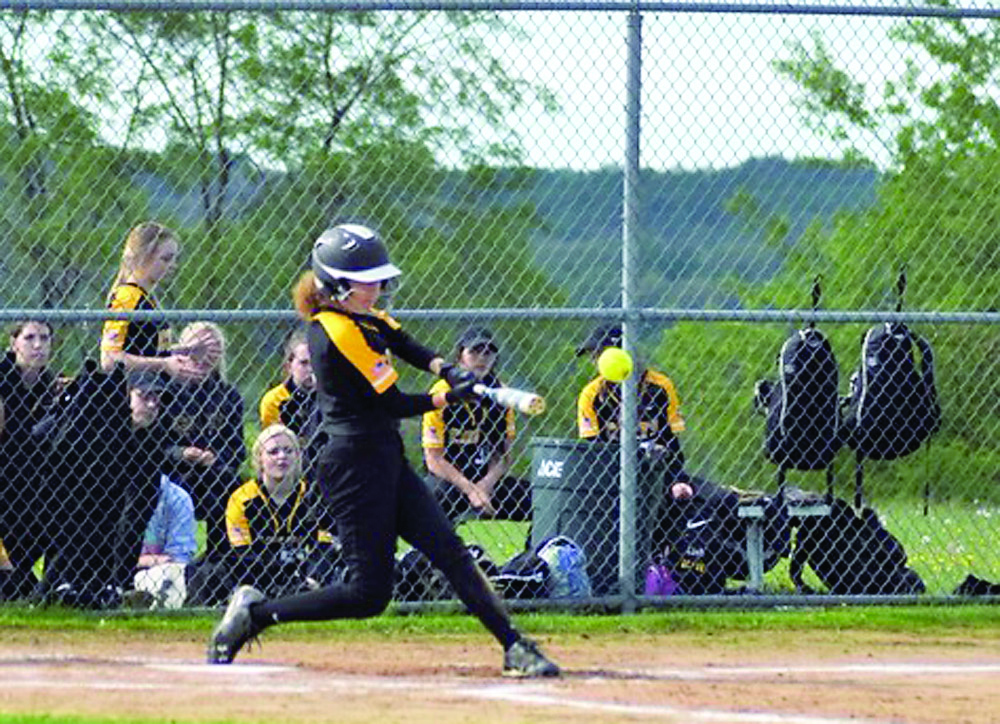 Northern Cambria made the most of its third trip to the District 6 softball semifinals last year when it rallied from six runs down to force extra innings before falling, 9-8, to Bishop McCort.

With plenty of talent returning this year, the Lady Colts were begging coach Kevin Krug to let them get started with the season early.

“They couldn’t wait. They wanted me to start open gyms before Christmas,” Krug said. “We did start them in January, and out of the 22 girls on my roster, I had 16 to 18 kids there every day. These girls were ready to go. We had a lot of talent coming back from making the District 6 semifinals the last three years. We were so close last year. We were ready to take that next step.”

Leading the charge, had the coronavirus pandemic not canceled the season, would have been senior shortstop Sydney Sheredy.

“She’s an exceptional player, very fast on the bases,” Krug said. “She had phenomenal range at shortstop. If anything was hit in her area, she got to it. She got to balls that no one else gets to behind third base, behind second base. The whole left side of the infield was covered with her at shortstop.”

Sheredy can hit, too. She began starting as a freshman, and her average went up every season, which is hard to do after hitting .357 in ninth grade.

“Softball meant so much to us seniors,” Sheredy said. “We couldn’t wait for the season. We wanted to work on our hitting and make it even better. We wanted to get a couple of us to finish over .400.”

She nearly reached that mark last year when she hit .390 and had an on-base percentage of .520. But even as a leadoff hitter for Northern Cambria, Sheredy wasn’t just a singles hitter. She finished her three-year high school career with 18 extra-base hits.

“For such a tiny girl, her swing was powerful,” Krug said. “The speed of her bat through the strike zone was incredible. She generated a lot of power and hit six home runs in her three years. She had more than 60 hits and would have had a chance to reach 100 hits in her career if she had a really nice season. It was a shame, because that was one of the highlights we were hoping to have this year.”

Sheredy used to play volleyball, but after she tore ligaments during her junior year, she decided to concentrate solely on the sport she loved.

“I took the rest of the year off from volleyball, because softball is definitely my sport and my favorite,” Sheredy said. “It’s my passion, so I knew I needed to get back in time for the season. I pushed hard, and I was able to do that after a lot of physical therapy. I had some complications, but I was able to get past them and make it all the way back.”

“I loved being with my friends. Softball was so much fun, and we always had a great time,” Sheredy said. “Winning the Heritage Conference was definitely awesome. I’ll never forget that.”

Krug will always remember Sheredy’s attitude and said she never dwelled on failure.

“We had a couple games where in the late innings, she hit a home run to win the game,” Krug said. “The expressions on her face were priceless. It was just incredible watching her play ball.”

Sheredy didn’t see herself playing softball past this season, but as she prepares for college, the game she loves has been on her mind.

“I hadn’t thought about it, but since I didn’t get a senior season, it has been more on my mind,” Sheredy said. “I’m going to Slippery Rock, so maybe I’ll try out, even if it’s the club team.”