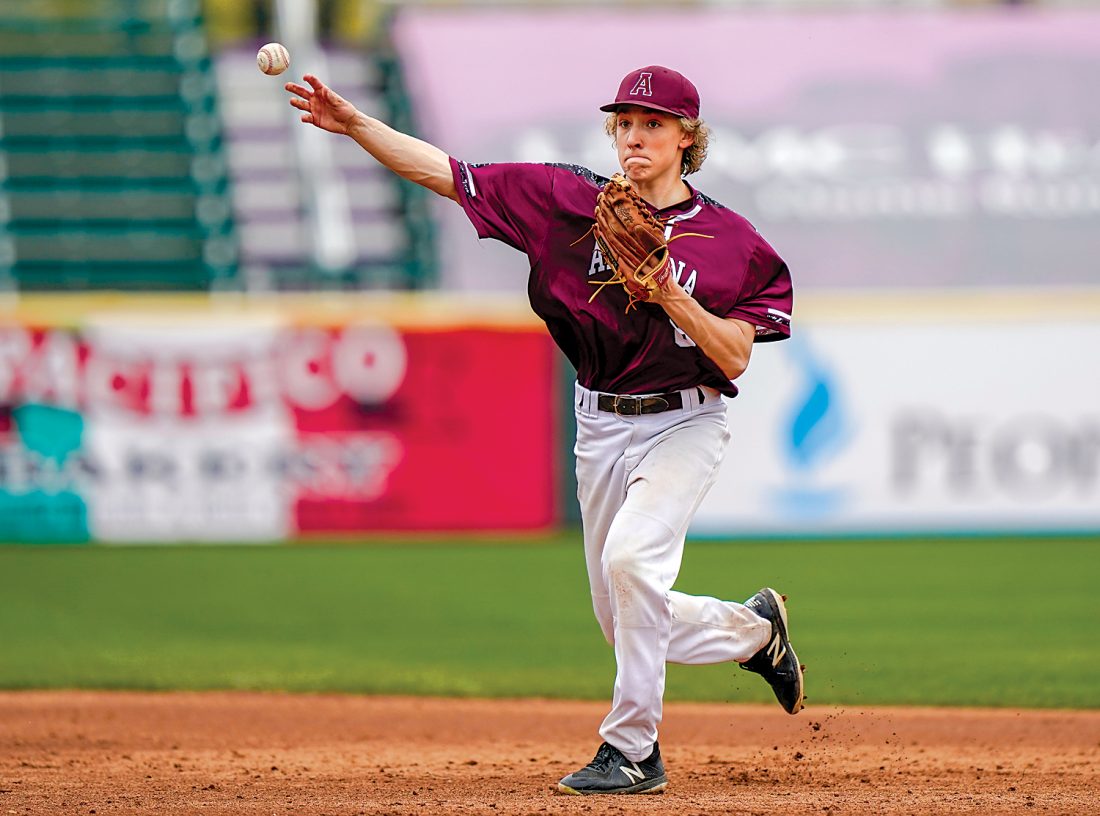 Senior Salute: The Mirror is recognizing some high school senior spring sports athletes who missed out on their final scholastic seasons due to the COVID-19 pandemic.

Patience is a virtue when it comes to dealing with love. Altoona Area High School senior Joe DeRubeis identified his true love early.

“In junior high, I played a lot of sports. I ran track, played basketball and football,” DeRubeis said. “When I went over to the high school, I told myself baseball was what I truly loved. So why not put all my time into it? I definitely believe I have gotten so much better from just focusing on baseball.”

But his love and dedication to the game didn’t pay off immediately. DeRubeis, a catcher and second baseman for the Mountain Lions baseball team, was behind several talented upperclassmen, such as star catcher Jake Hunter, who hit .345 with 16 RBIs as a senior in 2019.

“I was just trying to get better,” DeRubeis said. “I knew my place on the team, but I knew my time would come. I wanted to be the best player I could be when I got to that point.”

After seeing limited action in 14 games as a junior, this was supposed to be DeRubeis’ shot along with some other Altoona seniors.

“We had some seniors that were going to get a shot at competing for some playing time for the first time,” Altoona coach Tom Smith said. “That makes it even tougher for those kids. They were playing behind some really good players the last couple years, and this was going to be the year for a handful of those seniors to get some serious playing time.”

DeRubeis was penciled in as the starting catcher and named a team captain. The weather leading up to the season was pretty good, and it allowed the players to get an early taste of what the season would be like.

“It was just really fun,” DeRubeis said. “You could just tell that everybody was ready for the season. Everyone on the team put in a lot of hard work. I felt like even though we lost a lot of seniors the year before, this group of guys had put in the time to make up for it.”

Then, the coronavirus pandemic escalated. The spring sports season was first put on hold, then canceled a month later by the PIAA.

“It’s unfortunate for everyone, but especially for Joe,” Smith said. “We were looking for him to be one of our leaders.”

Smith said when the announcement was made, his mind immediately went to players like DeRubeis.

“He’s probably taking this just as hard, if not harder, than anybody,” Smith said. “He’s a pretty emotional kid and player. He’s put a lot of work into this, and I know he’s struggling with this, unfortunately. It’s hitting him pretty hard.”

Though he’ll never get that extended opportunity to play in an Altoona uniform, DeRubeis will continue his baseball career at Mount Aloysius.

“At first, I thought it was only going to be like two weeks or something like that,” DeRubeis said. “When I started to slowly see what was happening, and even now, I have just spent the time trying to get better. I’m eventually going to be going off to college, so I need to stay sharp.”

Whether he gets the opportunity in college that he was slated for this season at Altoona to be an everyday starter doesn’t matter to DeRubeis as long as he’s back on a baseball field.

“I’m so looking forward to it,” DeRubeis said. “I just love practicing. It sounds funny, but I love practice. I love playing. So being able to further my career is really great.”