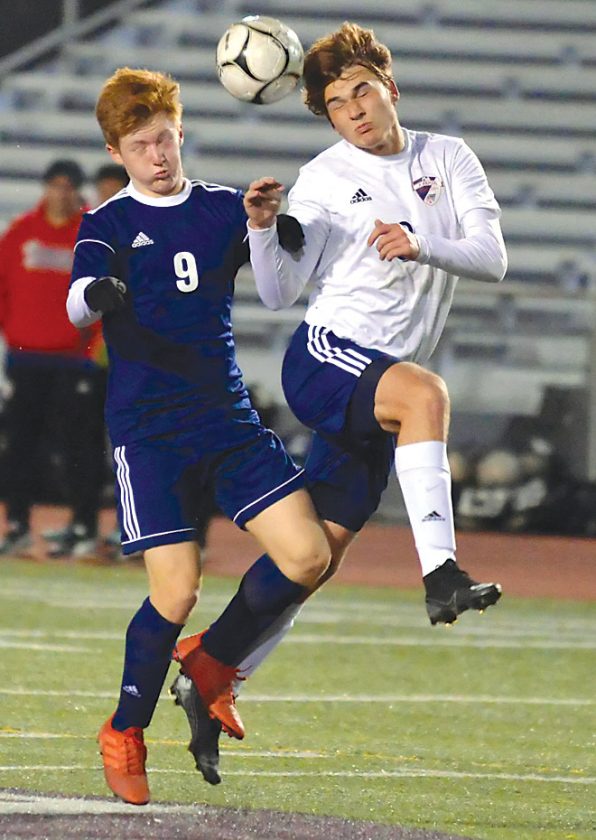 “My seniors I’ve been coaching since they’ve been 4,” he said. “It’s tough to let them go, really tough. I love them like they’re my own. They left everything on the field.”

The second-seeded Bearcats’ attempt to tie the match with five minutes left went off the crossbar and out of play as they fell to sixth-seeded Juniata, 2-1, in the District 6 Class 2A boys soccer championship.

“We scraped, we let them play in our end too much in the second half, but when you have a defense like we do, we’re OK with that,” Hawkins said. “We trust it. They’ve been fantastic all year — just one little mistake at the end cost us there.”

It was scoreless at halftime before Stuart Dare scored off a corner kick from George Hazard to give the Indians (16-6) a 1-0 lead.

Dylan Stiffler later had a response with 13 minutes to go as he got one to go off the free kick from Brady Hawkins to tie the match at 1-1.

“Hats off to Phil Hawkins and his side over there,” Juniata coach Jared Byler said. “He’s got a well-coached team. Not our best game of soccer we’ve played all year, but we got the job done and that’s all that matters.”

But five minutes later off a corner kick, Dare struck again on an assist from Tad Shellenberger for what ended up being the game winner.

“Hats off to Juniata, they have a great team,” Hawkins said. “Where they sit geography wise, they got the best of teams they can play all year round.

“We don’t see the competition that they see, which makes them better, and it filters into the club programs they have in the spring.”

The loss finished the Bearcats’ season with a record of 17-4-1, which is one of the best in program history. Huntingdon will lose seven senior starters from Saturday’s game. Hawkins wants to see the younger players grow from being on this stage next season.

“We’ve got some young guys that’ll be back next year,” he said. “Hopefully, they’re soaking up this environment because it’s a lot different.”