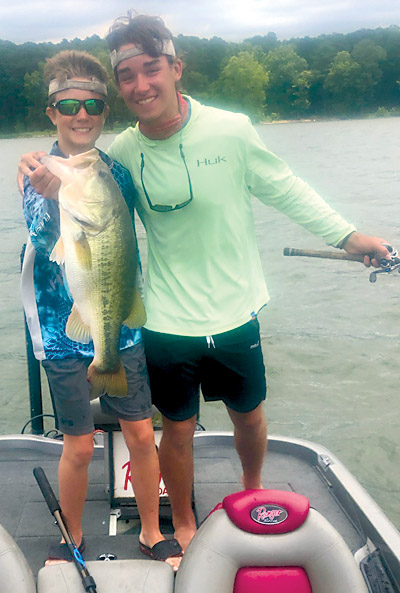 Courtesy photo Jerry Brumbaugh Jr. (left) and Hunter Klotz hold one of the bass they caught.

And, thanks to a Pennsylvania state championship performance in the Student Angler Federation High School Bass Fishing Tournament held last Sunday in Maryland, the duo has punched a return ticket to next summer’s world and national finals in Wisconsin.

Klotz, 16, who will be a junior at Central High School this fall, and Brumbaugh Jr., 15, who will be a sophomore, took first place in two different categories of competition at the Maryland event, which was held on the Susquehanna flats at Chesapeake Bay, Md.

The team’s five biggest bass weighed a total of 19 pounds, earning Klotz and Brumbaugh Jr. the championship in both the quad-state tournament that included teams from Pennsylvania, Maryland, New Jersey and Delaware, as well as the Pennsylvania state championship.

As the Pennsylvania state champions, they’ll return to the world and national championship event next July in LaCrosse, Wis.

Patience is a big factor in any fishing success, and it certainly was in the success enjoyed by Klotz and Brumbaugh Jr. last Sunday. Fishing out of a 20-foot Ranger bass boat with a 225 horsepower motor that is owned and was commandeered by Brumbaugh’s father, Jerry Brumbaugh Sr., the teenagers used a type of bait-fish known as chatter-baits, which imitates shad, to lure their fish.

“I’d say that patience was the key,” Klotz, who plays varsity basketball and baseball at Central, said of his championship fishing effort with the younger Brumbaugh. “We were around a good bit of boats, and you could tell that they weren’t catching any, so they left. But we stayed in the same spot and stuck it out.”

Patience paid off in the final hour of the event, when Klotz hooked the team’s biggest fish of the day, a 5-pound, 14-ounce bass that secured the championship of the event that involved 30 two-man teams.

Brumbaugh Jr., who plays basketball and golf at Central, said that teamwork was the key to his fishing success with Klotz last Sunday.

“Working together is the key, and if you’re meant to win it, you’ll win it,” Brumbaugh Jr. said. “It feels real good that we’re already in (the world and national finals) for next year, 2020. We knew we could do it. We went down there, found some fish, and we knew that we needed to stay focused and catch them.”

Both Klotz and Brumbaugh Jr. have been fishing since they were very young.

“They know what they’re doing, they actually get out there and do a lot of fishing,” Jerry Brumbaugh Sr., said of his son and Klotz. “They have a good grasp of what is going on, and they’re friends. They have a good time when they’re out there fishing. They don’t take it too seriously, they just try to have fun.”

The team — which was sponsored by Wampum Hardware Company, B&E Powder Solutions, and Shimano and G Loomis — earned trophies, new fishing rods and tackle boxes, as well as gift cards. At next year’s national/world event, the stakes will be higher for Klotz. As a junior, he’ll be eligible for college scholarship money. Several colleges around the country have bass-fishing teams.

“It’s a growing sport,” Brumbaugh Sr. said. “I think that about 28,000 kids from all across the country are fishing on these high school teams, and money comes from colleges who recruit these kids.”

Additionally, next summer will provide the team with a chance to win the national/world championship that narrowly eluded it in the summer of 2018.

“We just like fishing, that’s why we do it,” Brumbaugh Jr. said. “We’ve been doing it for two years now, and we’re doing pretty well. We want to win that national championship now.” 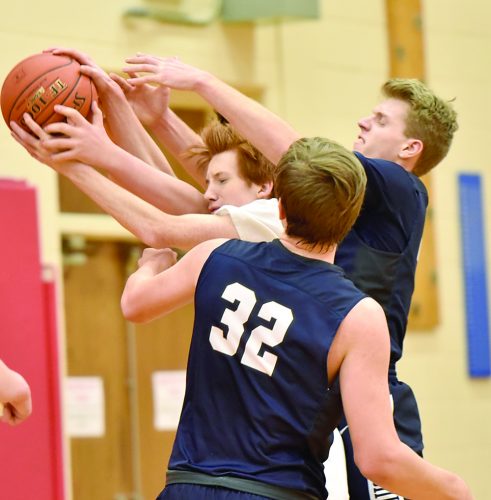