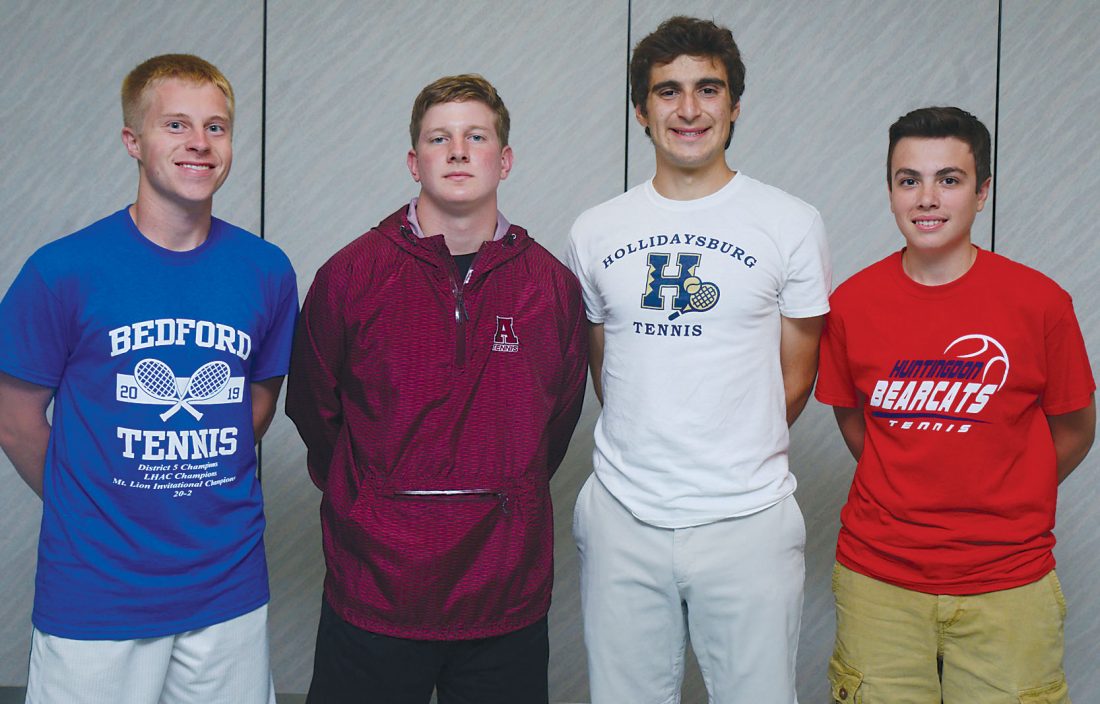 Ryne Talko, sr., Bishop Gulfoyle: Four-time Mirror first-team all-star … Four-time Laurel Highlands Athletic Conference MVP … District 6 Class 2A singles champion as a freshman and senior, and runner-up as a sophomore and junior … Fourth-place finisher in the 2019 PIAA Class 2A singles tourney … District 6 2A doubles runner-up as a sophomore … Led BG to the 2016 District 6 2A team championship and PIAA final four … His singles record in his career was 76-12 — 20-3 as a freshman, 25-4 as a sophomore, 12-3 as a junior and 19-2 as a senior … Also played soccer … Will continue his tennis career at Grove City College.