Welcome to the club 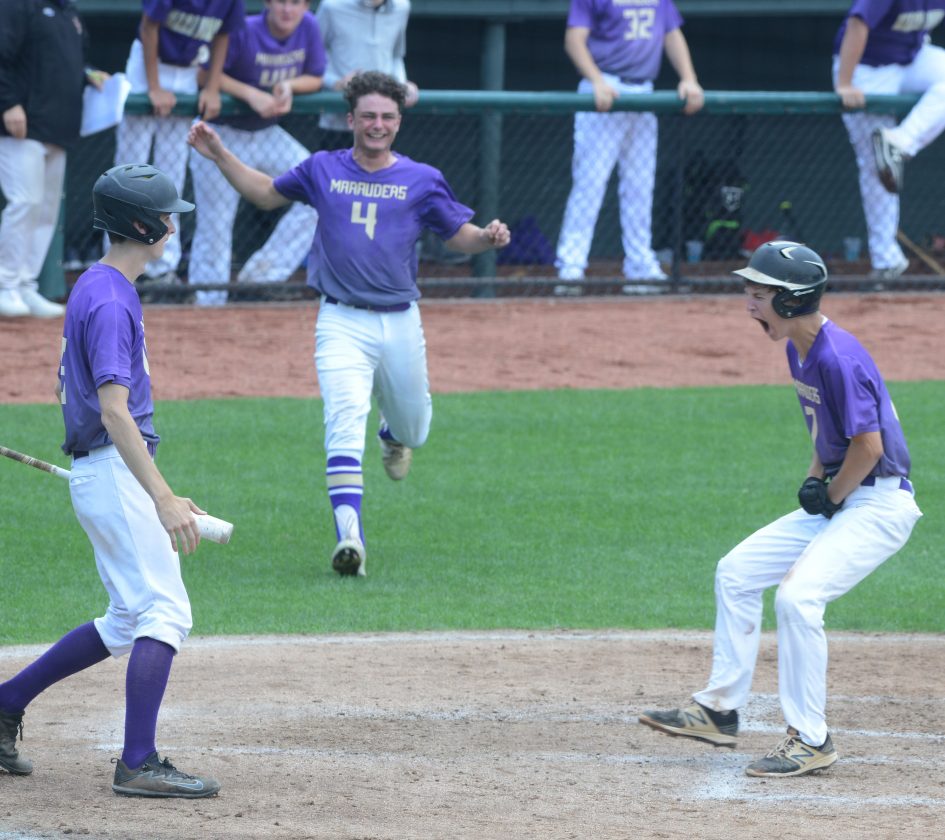 When it comes to district and state sports titles, BG has more than its share of banners, plaques and trophies on display at the Pleasant Valley school.

Another was added Wednesday morning. And, a new one, at that.

With the win, BG will play again on Monday against the No 3 seed out of District 7 (WPIAL) according to Williams.

“We’ve been working for this since the fall,” echoed catcher Dan Potopa. “It’s amazing to see the results.”

“Our pitching and our defense kept us in it all game,” Williams said. “We knew (West Shamokin), coming in at 15-1, was an awesome team. We knew we’d have to play our best baseball to beat them.”

In a game that took only one hour and 46 minutes, BG sophomore right-hander Austin Lewis couldn’t have been better. West Shamokin’s Tristan Doverspike was almost as good. Not quite, though.

“Austin has been maybe our ace all season,” Williams said of Lewis. “He pitched awesome in the quarterfinal game. We’re down a player (pitcher-infielder Danny Carrieri is on vacation) so we knew we were going to use him, and he pitched amazing.

“It got a little rough in the first inning, but Gaige (Reighard) made an awesome throw from center field to get the guy out at home,” Williams noted. “That was probably the play of the game right there.”

Williams was talking about the bottom of the first inning. After retiring the first two batters, Lewis yielded consecutive singles to Tyler Lightcap, Brendan Mondi and Ezack Olinger.

BG center fielder Gaige Reighard charged Olinger’s hit and threw a strike to catcher Dan Potopa, who applied the tag (for the third out) before Lightcap could slide across home plate.

“I knew Austin would pitch a solid game and I knew there wouldn’t be many chances for base runners,” Reighard said. “I just wanted to make that play at home.”

After giving up the three singles in the first, Lewis yielded only one more hit to the Wolves — a leadoff single to Justin Smulik in the fifth. Lewis struck out eight, including the last four straight, and walked only one.

“I was throwing strikes and I knew my team had my back the whole game,” Lewis said. “I knew we’d make the plays (on defense).”

“For a sophomore to want the ball in this situation is awesome,” Williams offered. “I can’t say enough about Austin.”

“It’s amazing,” Lewis said of the championship. “We’re the first team in the school’s history to win the D6. We’re going to get a banner in the gym. It’s awesome to be a part of it with guys who love to play the game.

BG scored the game’s only run in the top of the sixth. With one out, Ben Dombrosky ripped a double to left-center and Potopa followed with a two-bagger over the left fielder’s head to score Dombrosky easily.

“I was looking for a fastball,” Potopa said. “I had seen him twice already so I was looking to drive one … time it up and rope it. That’s what I did.”

Potopa, a senior, was impressed with Lewis, his sophomore batterymate.

“Austin is a great pitcher,” Potopa said. “That’s his third complete game in a row. He’s been pitching lights-out lately. He’s confident out there … an absolute stud.”

“Just pitch with the lead,” Lewis said after the score. “One pitch a time. That’s my mentality. Once we got the score, I felt even more confident.”

It was a disappointing loss for West Shamokin.

“Getting here to play for a championship is a dream come true for our guys,” West Shamokin coach Dave Powers said. “We have nothing to hang our heads about … we gave a heckuva effort today against a good Guilfoyle team.

“The game could have gone either way. Both pitchers pitched extremely well. Hats off to them,” Powers added.

Game notes: West Shamokin will play today at 3 p.m. against Coudersport at DuBois. … West Shamokin was the top seed, Guilfoyle was No. 3. … WS’s only other loss was to Ligonier Valley. … BG lost in the district baseball final in 2010 (Homer Center) and 2012 (Bishop McCort).