Two paths, but one outcome 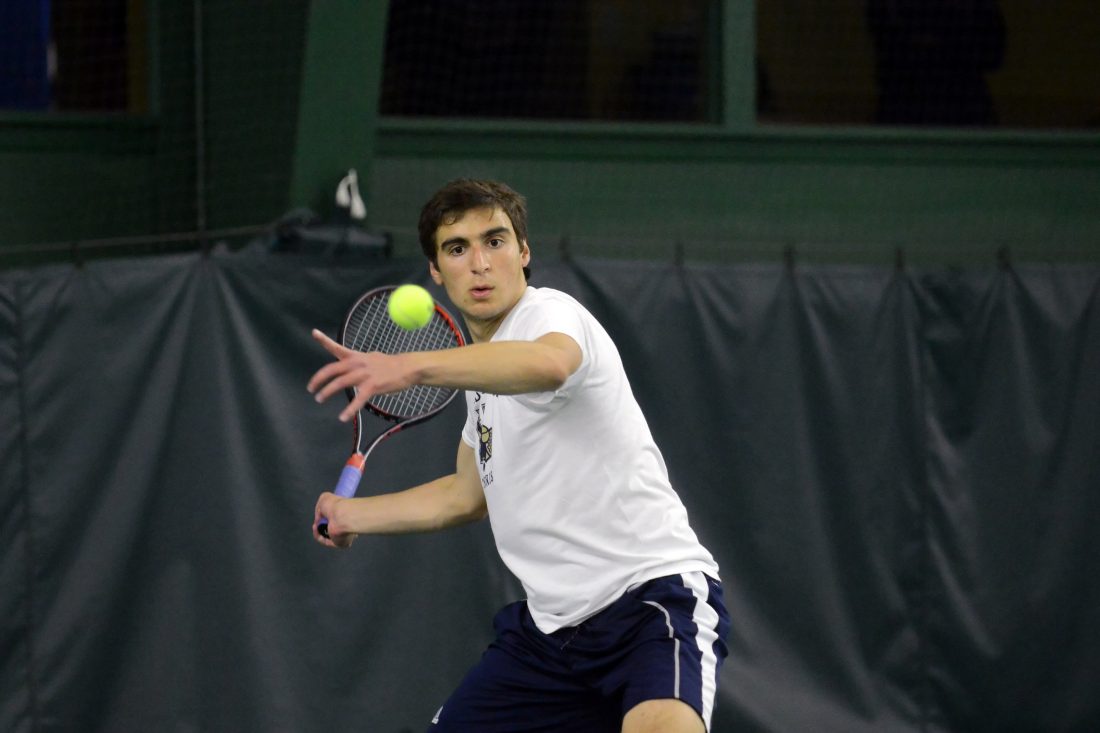 Alkhafaji needed rallies in both sets to turn back Owen Lloyd of State College, 7-5, 7-5, for the Class 3A title.

Meanwhile, Talko needed little more than an hour to trim Huntingdon’s Bruce Pero, 6-2, 6-1, for the 6-2A crown.

Originally scheduled for the Penn State Altoona courts, the matches were moved inside because of threatening weather.

Alkhafaji trailed 3-5 in the first set before winning the last four games for a 7-5 win. The Hollidaysburg senior lost serve twice and trailed 1-4 in the second set, but regrouped and won six of the next seven games (breaking Lloyd three times) for another 7-5 win and a two-set sweep.

“I had trouble getting some rhythm because he has a different style, but as soon as I figured it out, I got going,” Alkhafaji said. “I wasn’t playing my best tennis, but I had the fighting spirit and that’s what propelled me.”

Rami’s brother, Amir, won the D6-3A singles championship in 2014 and the younger Alkhafaji has been striving to win ever since.

Thursday marked the first D6 title for Rami, who lost to State’s Nick Vanden in a three-hour marathon final last spring. He lost early in the districts both his freshman and sophomore years.

“I told my parents this is my last time and I need to go out a winner,” Alkhafaji said. “I’ve been working so hard for this since my brother won. As soon as he won it, I wanted to do it, too.”

“He told me to just play my game,” Rami said. “He knows what I’m capable of.”

Rami also plans to play at George Mason University where he will study international business on the pre-med track.

It was the second district singles championship for Talko, who also won as a freshman in 2016.

“After my freshman year, I definitely thought I could win all four years,” said Talko, who then finished second as a sophomore and junior. “While I took second and would have liked to win all four, it’s good to go out a winner.”

“I played (Perow) the first or second match of the season,” Talko noted. “He’s a good player. He’s come a long way since then. I could tell how he played in the semifinals.”

Talko is happy how his BG career played out.

Talko also played soccer four years at BG, was team captain twice and helped lead the Marauders to their first-ever playoff appearance with a game-winning goal.

Talko will compete in tennis at Grove City College and plans to major in business.