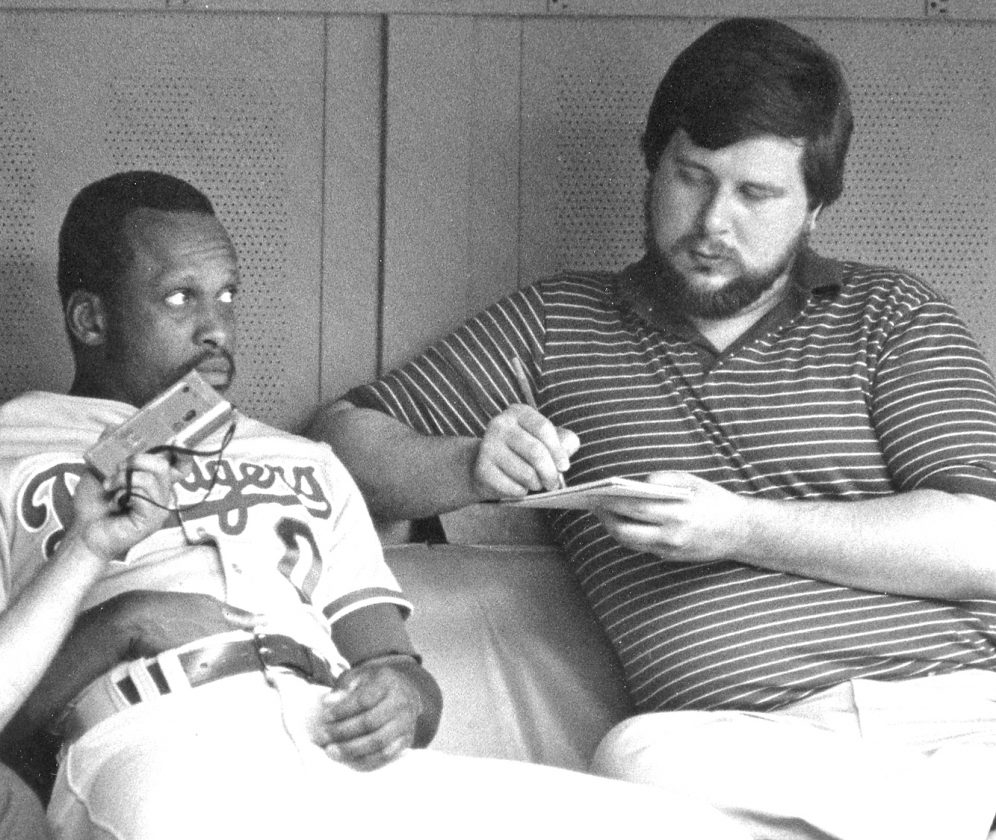 When the chapter on the best and longest tenured sportswriters in Pittsburgh sports history over the last 50 years is someday authored, the names of Bob Smizik, Ron Cook, Gene Collier and Ed Bouchette will surely be mentioned.

One name who won’t be on that list but deserves an honorable mention is John Mehno.

Mehno, who died last week at the age of 64, took a more unconventional route. He had a freelance network and was self-employed before it became more common due to a changing media landscape.

Instead of holding a position and covering a beat for one newspaper, he cobbled together a living by contributing to a number of outlets.

He wrote stories and columns for the Beaver County Times and, for the past 35 years, we’re proud to say, for the Mirror.

He was the Pittsburgh Pirates’ correspondent for The Sporting News — once the Major League Baseball bible — for 13 seasons. Starting in 1976, he did not miss a single Pirate home game in nearly 40 years.

This year’s Pirate media guide, printed before he died, thanks him for his contribution.

“The Pirates are forever grateful for all of John’s historic knowledge of our team, the game in general and his yearly assistance with our annual media guide,” Dan Hart, the Pirates’ media relations director, emailed Saturday. “He was a mainstay in the Pirates press box at both Three Rivers Stadium and PNC Park, and he will be missed by not only members of our organization but also his peers. “

Mehno was a key part of the Associated Press coverage of all the pro teams in Pittsburgh — the Pirates, Steelers and Penguins. He had stints covering Pitt football and Duquesne basketball. He’d go into the AP office on Saturday afternoons and handle a small college football roundup.

He wrote three books, the last being “The Best Pittsburgh Sports Arguments,” published in 2007 that showcased his impressive storytelling and sharp listening skills.

And he did all of it his way — right to the end which, sadly, came when he succumbed due to circulation problems stemming from an overworked heart.

Mehno never married and didn’t drive. He lived at home and looked after his mother, Frances, who passed away last June at the age of 94. Mehno’s last book was dedicated to her and his late father.

He’d hop a bus from his home in Baden (near Ambridge) and take it to Forbes Field, Three Rivers Stadium, the Civic Arena and then Heinz Field and PNC Park, splitting his down time plugged into music and sports talk.

In the early years, prior to the computer and the old Radio Shack models with their phone couplers, Mehno would dictate his stories — often early in the morning for the afternoon papers after he had gotten home from a 12-inning game after 2 a.m.

“Give me a quote (mark),” he’d say, and he’d rattle off what Chuck Tanner said. “Unquote.”

Thankfully, the technology evolved, making life easier at both ends.

By my estimation, he provided the Mirror with more than 5,000 submissions — columns, game stories or notebooks — but he never ventured to Altoona since the 1970s when he helped Pittsburgh pro wrestling promoter Gene Dargon put on a few shows at the Jaffa Mosque.

He knew each of the wrestlers and their stories, evidenced by his 2017 remembrance of George “The Animal” Steele, a phys. ed. teacher whose real name was Jim Myers.

Mehno also had a passion for music, having served as a contributor to Billboard Magazine.

He combined his interests with reliability, dedication and talent. He was historical and hysterical.

News of his passing brought a slew of nice comments about him on Twitter, many from his colleagues in Pittsburgh who shared the press box environment of the game, laughs and deadline pressure.

He touched enough people here that several emailed wondering where they could send condolence cards. He ran an online contest engaging readers to guess the Pirates’ annual win total and was known to interact respectfully with them, answering their questions, sometimes on and off the record.

The Mirror sports staff has been recognized for 17 straight years by the Associated Press, and Mehno’s presence definitely helped.

Last year, his column on the late Dan Rooney won a Pennsylvania Newspaper Press Association award. The column depicted Rooney as a regular guy, which Mehno illustrated by talking about Rooney waiting in the media line for a halftime hot dog — even though Rooney had paid for all the hot dogs.

He felt enough of a connection to the Mirror staff that when Frank Polito passed away in 2012, Mehno fondly recalled when he and Frank would be in the Pitt Stadium press box. After one game, Frank fired up his favorite cigar, moving Mehno to remember someone (probably Mehno) asking aloud, “Who lit their shoe?”

His traditional Christmas column on the state of Pittsburgh sports, written in poetry and sung to his favorite Christmas tunes, was always brilliant — and matched by his annual year in review via Pittsburgh sports trivia questions, with punch-line answers all tailored to the news of the teams.

“One of the greats in our business,” Cook, whose friendship dates back 40 years, said. “It is so hard to write with humor, but John was a master at it. I was lucky to be his friend for 40 years. He was just as funny, just as witty and just as entertaining in person as he was in print. We spoke two or three times a week. He made me laugh every time. I will miss those calls.”

Mehno spent a very brief stint early in his career in radio, and his knowledge and strong voice made him a great weekly guest in this market, first with Joe Shuta and then with Cory Giger, who ended up doing a segment with Mehno last Thursday, or just a few days before his passing.

He preferred being behind the scenes. He and Shuta had a friendship since 1992, emailing and talking almost weekly, and yet Shuta never met him in person.

Realizing his mug shot was nearly 20 years old — J.D. Cavrich had captured him at a Steeler game, the last time that happened — I called him to update it.

He really didn’t care if his mug ran at all, but I persisted, and when I pushed too far, he annoyingly said, “All right — but wait until I get a haircut and my new glasses come in.”

That was five years ago.

As his health and mobility declined, Mehno wasn’t able to get to the stadiums these last couple of years but stayed connected enough to gather information and still provide commentary.

“He was always very witty,” his sister, Linda Soldressen, said. “I enjoyed his columns, and I was always proud to say he was my brother.”

And we, too, will always be proud that John Mehno was part of the Mirror.