At crunch time, Lions must be a lot better 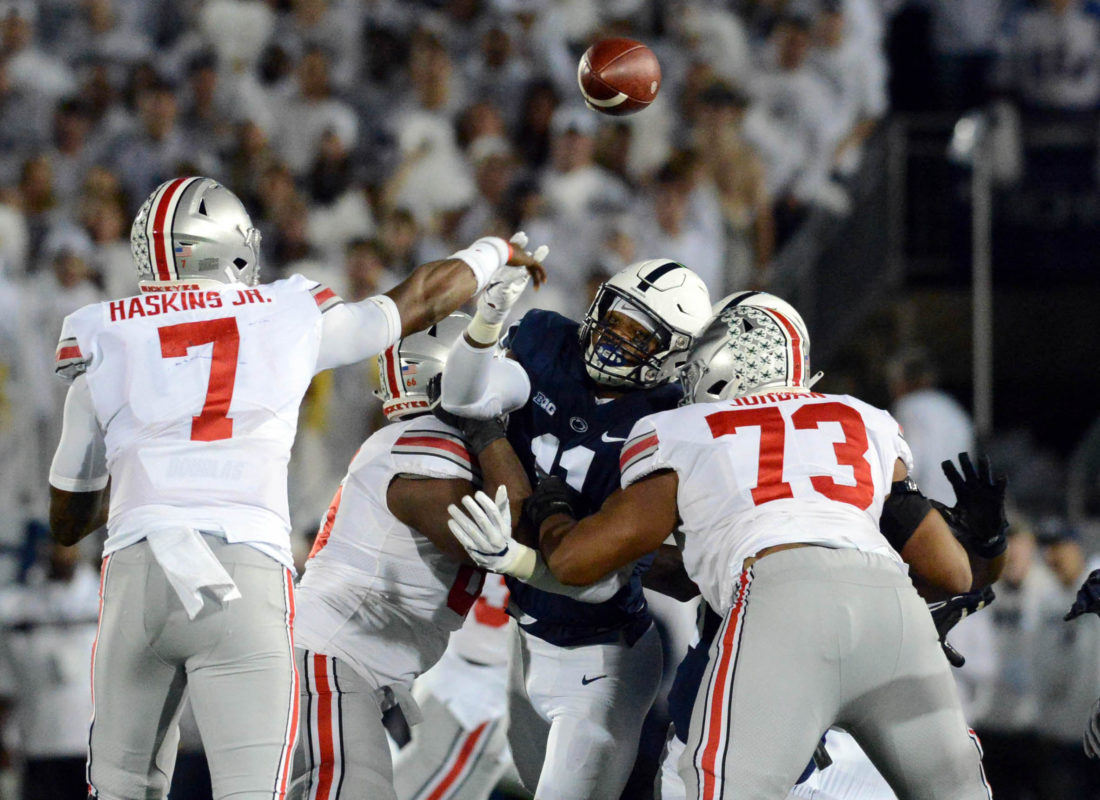 Boy, talk about a smorgasbord of potential choices.

Rather than an individual position group (receivers, special teams, offensive line), I’m going with the Nittany Lions’ consistent inability to function in the clutch.

Body of work, the defense performed admirably since its opening-game debacle against Appalachian State.

That said, it failed to deliver a knockout punch against Ohio State, Michigan State and Kentucky.

The Lions’ secondary collapsed against Ohio State and — after dropping what would have been the game-clinching interception right in Amani Oruwariye’s gut — against Michigan State as well.

And then, with everybody in Orlando except Mickey Mouse knowing that Kentucky was going to run out the clock on the ground, the Lions couldn’t stop it.

Lack of clutch play was also prevalent on special teams as the Lions failed on fake punts and had trouble recovering onside kicks.

On offense, in the half-dozen plays that decide a game, it was even worse and compounded by indecision.

Take the fourth-and-5 against Ohio State, please. With 1:22 left at the OSU 43, Penn State called a timeout, but when Ohio State countered with a timeout, the Lions weren’t confident enough to run their play and called another timeout.

James Franklin is super aggressive when trying to freeze a kicker with a 56-0 lead or challenging a spot in the rain at Pitt with a 51-6 lead in the closing seconds, but when the game against a more equal opponent is tight, not so much.

That was evident with the field-goal choice against Kentucky.

In the season’s two biggest moments – vs. the Buckeyes and in the bowl game – the ball was taken out of Trace McSorley’s hands.

Although there were obviously sanction-related circumstances early on in Franklin’s tenure, another common thread in failing to protecting leads these last few years – even with Saquon Barkley — has been an underachieving offensive line.

This year’s team went 9-4, but only one of those defeats – Michigan – came to a team that was the better team on that day.

Kentucky played well and harder. Penn State played like it had a bunch of players ready to punch out – evidenced by news within 48 hours that five were bypassing their final year.

But the Wildcats, like Michigan State, were not the better team. And Penn State proved it was better than Ohio State for 52 minutes.

In that regard, this clearly has been Franklin’s most disappointing season.

It’s often been said that coaching is magnified in close games. To his credit, Franklin’s teams have only been blown out twice in three years – both times at Michigan.

In all their losses over three years, excluding Michigan, the Lions led in the fourth quarter.

As he retools his changing roster and coaching staff during this offseason and tries to take that next step as a program – you know, the “E” word – James Franklin’s point of emphasis should be getting his team to recognize and make the most of the key situations that decide games.

Cream of the crop