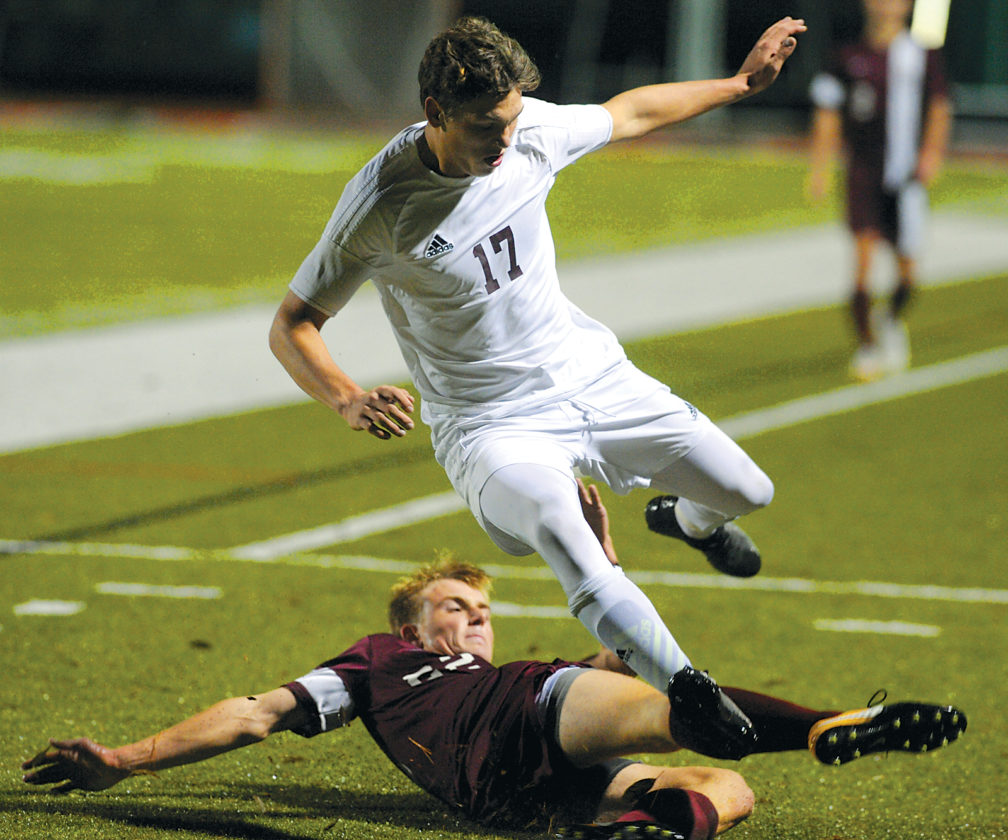 LORETTO — There was no repeat district soccer championship for the Altoona Mountain Lions.

State College returned to the District 6 Class 4A soccer throne with a 5-1 win over Altoona on Monday night at Saint Francis University’s DeGol Field.

Altoona upset State, 1-0, last season at Bald Eagle Area, but the Little Lions got a measure of revenge with a dominating performance Monday.

“They’re well balanced and have everything,” Altoona coach Dave McCarter said. “I told our guys they wouldn’t take us lightly this year, and they didn’t.”

State scored twice in the first half and put it away with two more goals in the first four minutes of the second half.

Altoona got on the board when Austin Kravetz took a pass from Bailey Musselman and pushed it into the cage with 2:56 to play.

State’s Grady Ballard put one into the back post with only 41 seconds left to set the final count at 5-1.

“That was a big hustle play,” McCarter said of Altoona’s score. “Bailey (Musselman) blew through a defender like a freight train and got a great ball across. Austin (Kravetz) streaked in and buried it.

“We were happy to get one,” McCarter added.

The Kravetz goal prevented a shutout but didn’t prevent the State victory.

“Last year (1-0 loss) was actually good for us,” SC coach Danny Orton said, “because it reminded us we can’t always go into a game expecting to win.

“We have to be sharp, and we were today. I was pleased the way we moved the ball around.

“We’re very deep,” Orton continued. “We have 13 seniors, a bunch of juniors and it’s just a question of making sure we have the right players in there.”

Altoona, which finished the season with a 10-8 record, graduates only one senior — Isaac Townsend.

“He’s a quality player, whose effort is second to none,” McCarter said of Townsend. “He can go the full 80 minutes with no problem and is easily the fittest kid I’ve had in five or six years.

“His motor just goes, the outside middle was the ideal spot for him,” McCarter offered. “He has awesome work ethic and character. He was a big contributor who will be missed.

“He was our captain and will play at the next level,” according to McCarter. “He’s got a great future ahead of him.”